Is the weather, specifically the relatively similar patterns of rainy seasons, the determining factor, the common denominator in the similarity of Covid-19 rates dynamics in both Germany and Russia?

What is the mechanism of this association?

mechanisms of association between infectious diseases and rainy seasons – GS

Also note, that more humid Western and Southern Germany had the  higher Covid-19 rates in the beginning of the Pandemic.

On Friday, Interior Minister Horst Seehofer warned that the only chance of regaining control was an immediate lockdown. “If we wait until Christmas, we’ll have to struggle with high numbers for months,” he told the Spiegel website.

Bavaria, in the south, has already imposed tighter measures and Mrs Merkel is reportedly set to meet all 16 state leaders on Sunday.

Germanyxe2x80x99s carnival season, a series of festivals among German Catholics, began Thursday but under strict COVID-19 restrictions, because of a surge in new infections in the nation.

Costumed revelers in the western city of Cologne had to line up Thursday to show proof of their COVID-19 vaccinations before they could start the outdoor celebrations. Last yearxe2x80x99s festivals were canceled altogether because of the coronavirus pandemic.

The carnivals are being held despite the fact Germany is undergoing a fourth wave of COVID-19 infections, setting a record Wednesday for the number of daily infections.

And while the vaccine requirement was strictly enforced, the streets of Cologne were filled with people, side by side, without masks.

Thursdayxe2x80x99s celebrations began with a somewhat ominous sign – designated so-called prince for the Cologne carnival, Sven Oleff, had tested positive for COVID-19 the previous day, a breakthrough case since he is fully vaccinated. The festival committee said he showed no symptoms and was feeling well.

The German celebrations xe2x80x93 which Germans refer to as the xe2x80x9cfifth seasonxe2x80x9d xe2x80x93 is a series of festivals celebrated originally by Catholics, primarily in Germanyxe2x80x99s Rhineland region. They feature music, food and alcoholic beverages, and they run until Ash Wednesday in February xe2x80x93 or the beginning of the Lenten season of fasting and reflection.

The Federal Security Service of the Russian Federation declassified documents from which it follows that in March 1945 Japan was preparing for a bacteriological war against the USSR. On Friday, August 20, reports RIA Novosti.

It is noted that among the archival materials, including captured ones xe2x80x93 the interrogation protocol of the former second lieutenant of the medical service, an employee of the special detachment 731 of the Kwantung Army Sei Yamamoto (aka Tanako Masami).

According to Yamamotoxe2x80x99s confessionary testimony at the end of May 1950, he was looking for ways to maintain the long-term resistance of the tuberculosis and paratyphoid B bacteria xe2x80x9cfor use in bacteriological warfare.xe2x80x9d

xe2x80x9cAll research with the bacteria of tuberculosis and paratyphoidxe2x80x9d B xe2x80x9c, which I personally conducted, was carried out with the aim of using them as a weapon in the war against the Soviet Union, which, as I knew from the stories of Captain Shimizu and other military officials of the 731th detachment, who were present in March 1945 at a meeting held by General Ishii, should begin in June 1945, xe2x80x9c- he said.

The declassified documents were obtained as a result of the Manchurian strategic offensive operation of the Red Army, which ended on August 20, 1945. The main Japanese facilities for the development of bacteriological weapons were concentrated in the region.

Recall last year Russia declassified documents on the capture of Berlinxe2x80xa6 They tell about, among other things, German prisoners of war and ration cards for civilians.

nThe atomic horror in Hiroshima. The world is on the verge of repetition

The Russian tourists to Germany on Oktoberfest?

There must be some deeper underlying reason. 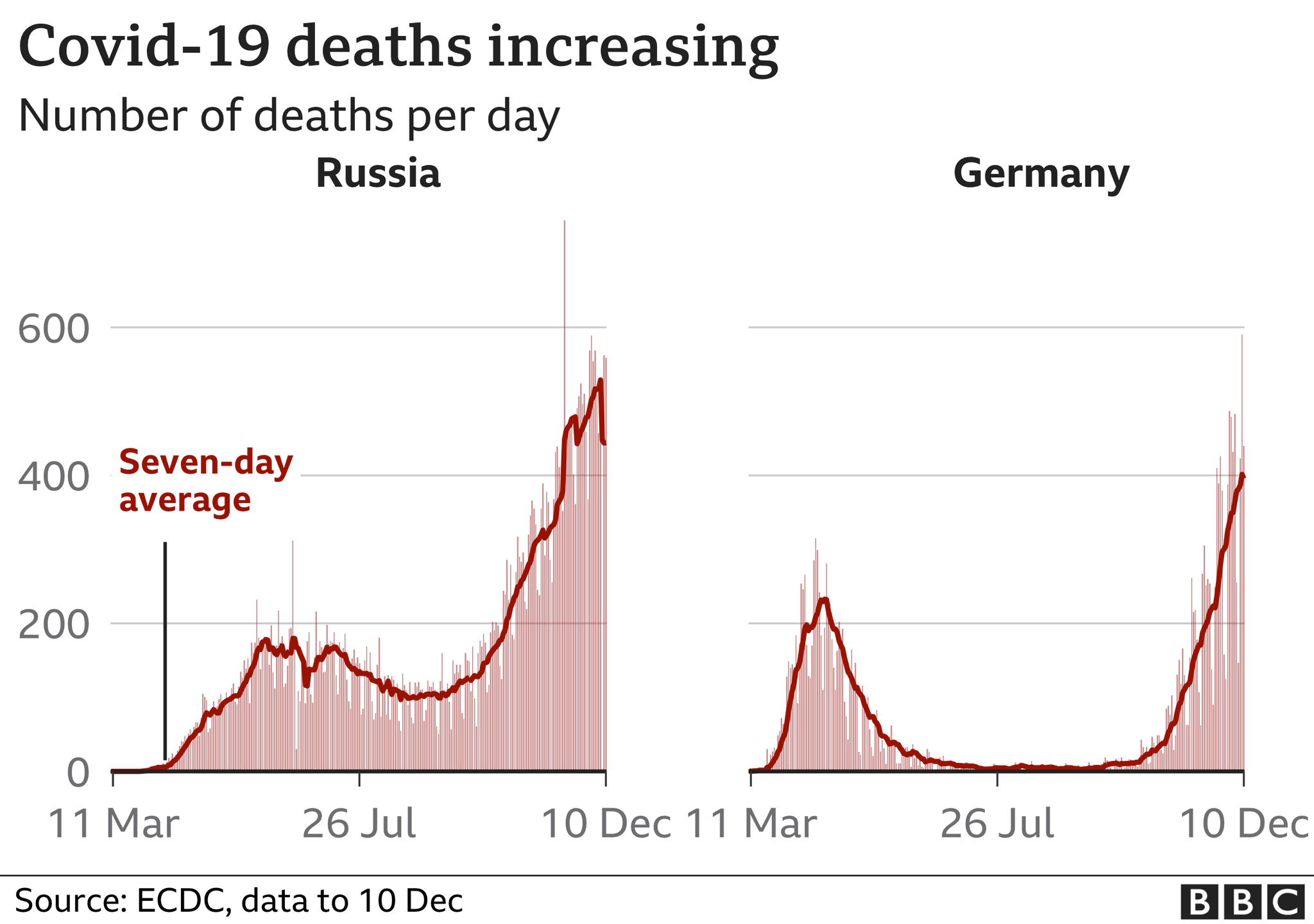 The post What can explain these parallel courses? The Russian tourists to Germany on Oktoberfest? Unlikely. There must be some deeper underlying reason. covid-19 in germany latest news – Google Search shar.es/aWAL2y first appeared on The Brookyn Times – bklyntimes.com. 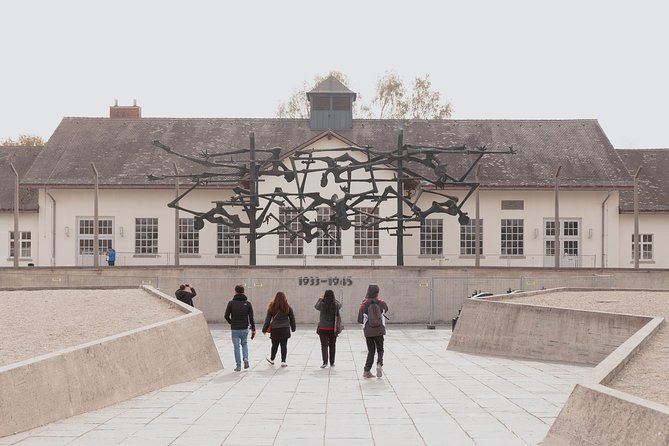 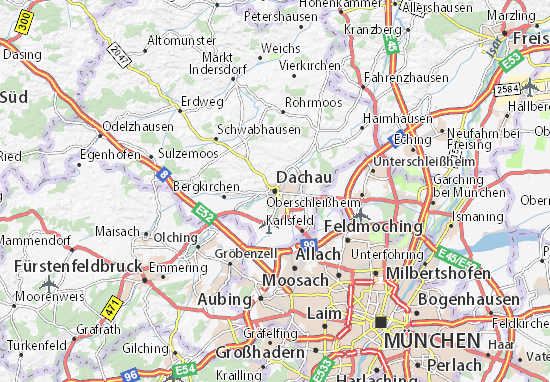 Hitler decided against Germany’s officially establishing a biological warfare program for reasons that are not entirely clear. Speculation has centered on his experience of being gassed in World War I and on a personal phobia about microbes.

That may have stopped the Nazis from putting in place the type of aggressive effort instituted by the Japanese that led to devastating attacks on Chinese cities with the likes of plague and cholera. The German war machine, moreover, never attempted to approximate the biowar capabilities that the Allies had in place, if needed.

That didn’t put a lid entirely on the Nazis’ interest in biological weapons. Research continued at more than one institute under the guise of enabling troops to defend against bioweapons attacksxe2x80x94and a defensive program can morph easily into one used against troops and civilians. Klaus Reinhardt, a research fellow at the University of Tuebingen has published a recent article in the journal Endeavour that provides evidence that a program at Dachauxe2x80x94a brainchild of Heinrich Himmler’xe2x80x94went as far as developing malaria-carrying mosquitoes that could be delivered by air as bioweapons in a military campaign.

When it was established in 1942, the purpose of the Entomological Institute of the Waffen SS centered primarily on preventing the types of louse-borne typhus epidemics that had ravaged troops during World War I. It also was intended to preserve the lives of concentration camp prisoners from insect-borne disease so they could work as slave labor for arms and chemical companies.

The entomologist Eduard May headed up the program, chosen, not least, because of personal views that were politically correct to the Third Reich. In his writings, he had railed against Einstein’s theory of relativity and called for a natural science built on the “spirit of Indo-Germandom.” Karl Ritter von Frisch, who later received a Nobel Prize, along with Konrad Lorenz and Nikolaas Tinbergen, for work on how honeybees communicate using a waggle dance, was another candidate, but his reputed non-Aryan grandmother probably didn’t help his chances.

In May 1943, May received funds for a program to develop pesticides to counter any Allied attempt to destroy crops by dropping insects from the air and also to study “the habits of insects harmful to humans in order to clarify the questions concerning specific uses and heightened defense against them.” Documents found by Reinhardt showed that May’s program began to research Anopheles mosquitoesxe2x80x94the carrier of the malaria parasitexe2x80x94to determine whether a malaria bioattack against Germany was possible.

The documents also showed that perhaps the program may have had more sinister motives. One record details a research protocol to test how long mosquitoes could survive without food while carried for an air drop. Anopheles maculipennis females were capable of enduring longer than A. bifurcatus. “This result appears to me particularly important,” May wrote, “inasmuch as for the practical execution one should make efforts to employ A. maculipennis.”xe2x80x94wording that appears to suggest that consideration was being given to the details of how to deploy the insects against an enemy. Reinhardt thinks the program was at an embryonic stagexe2x80x94 “not very sophisticated, and probably not very effective either.”

There was no indication, he notes, that the Entomological Institute of the Waffen SS had any connection with experiments carried out at Dachau by notorious tropical medicine specialist Claus Schilling who infected prisoners with malaria. The documents Reinhardt found did not turn up any connection to another piece of evidence about the Nazis’ involvement with bioweapons. Yale historian Frank Snowden has written about a Nazi-initiated bioattack using malaria-laden mosquitoes in Italy.

Whether entomologist May really led an offensive program needs further confirmation, but many of the critical documents were destroyed by the Germans and the Soviets. So it still remains an open question to what extent the entomological institute at Dachau was involved in developing biological weapons of mass destruction, despite the Fuhrer’s squeamishness.

Did some infectious agent, possibly some Corona virus, experimented with by Nazis, escaped the lab and became endemic locally, spread by rodents, and surfacing at Munich Oktoberfest in 2019, possibly with meats and drinks? Pass that salt back from China to Munich, where it belongs!

The Dachau Hypothesis, the deliberate use version: pathogen emerged from research was secretely saved after WW2 and was used as the agent of the Bio-Informational warfare by the New Abwehr, in the context of the German poltics, world affairs, and the anniversaries of WW2.

Is there a causal connection between the “unofficial” Oktoberfest 2021 (September 18 to October 3) and the sharp increase in Covid cases in Germany soon after it?