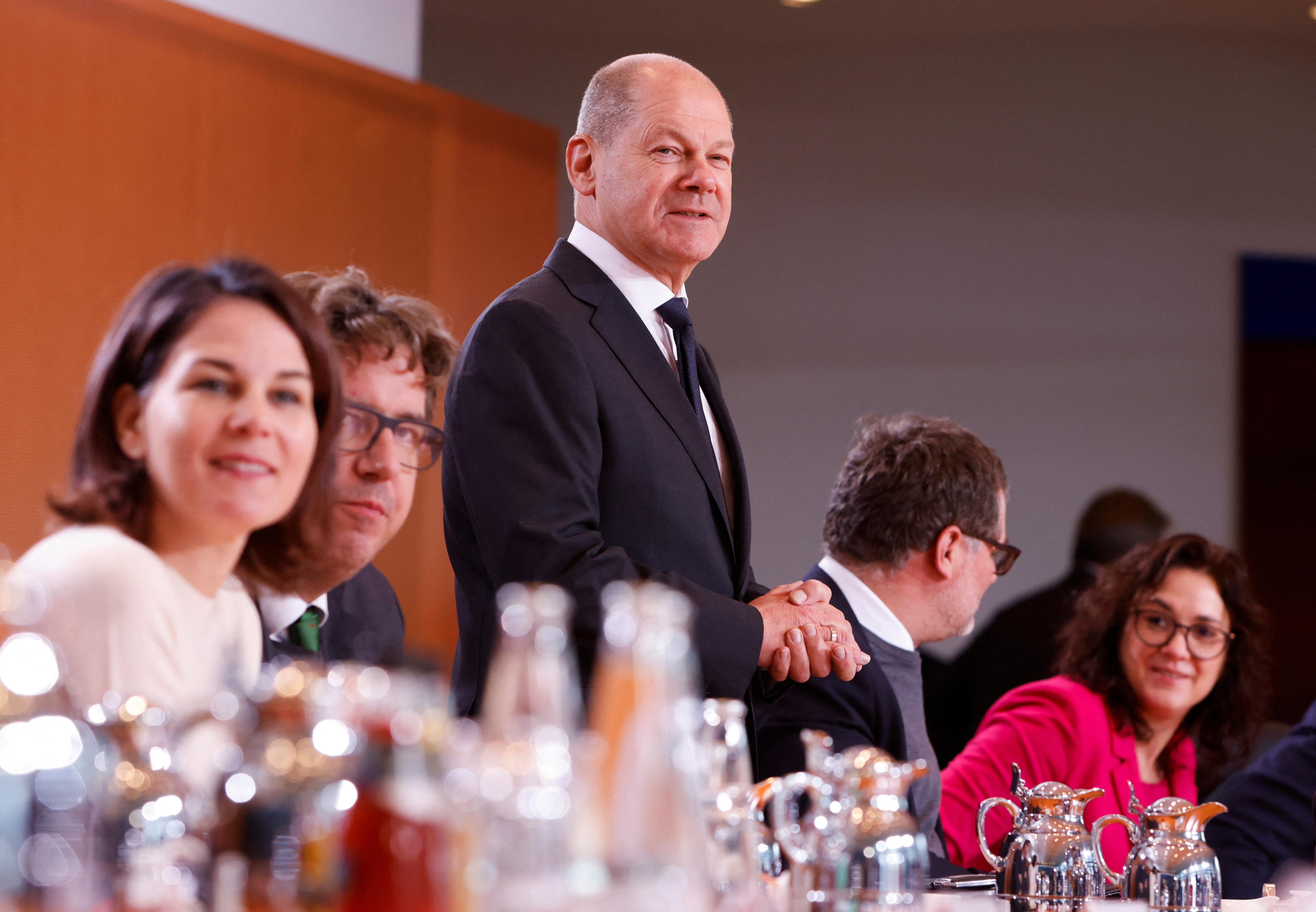 In its first year, Chancellor Olaf Scholz’s government has driven the biggest overhaul of German policy since World War Two. The next year could be even tougher, further absorbing Berlin’s bandwidth to Europe’s detriment.

Scholz, formerly the finance minister, came to power pledging continuity with the era of Angela Merkel who oversaw 16 years of prosperity and stability in Europe’s largest economy, enabling her to take stewardship of the broader region.

Russia’s invasion of Ukraine instead cast a shadow over her legacy and forced him to focus on re-arming Germany, replacing the cheap Russian energy deliveries upon which it relied and accelerating a shift in foreign policy towards more strategy and less mercantilism.

The “Zeitenwende” or epochal change of times, as Scholz dubbed it, has proven all the trickier given the heterogeneity of his government — the first three-way coalition at national level in decades.

His centre-left Social Democrats, the Greens and liberal Free Democrats, have had to wrangle to reach compromises, sometimes delaying decisions.

Some European allies say the focus on domestic challenges and internal politicking have distracted Berlin from regional cooperation and especially the key German-French motor that traditionally drives the European Union.

Their frustration reached boiling point when Berlin did not seek to coordinate its latest mammoth economic relief package with other European capitals to avoid market distortions.

A French diplomat said Germany appeared to be isolating itself, noting that the leaders of France and Germany no longer spoke every day, unlike under Merkel. “And that’s not good.”

Scholz’s understated communication and leadership style – which helps him manage his coalition but can come across as aloof – has not helped.

Given the dimension of the problems, the government has gotten through this first year pretty well, said Frank Decker, political analyst at Bonn University. “But the problems remain and will worsen in the future.”

The cold weather has only just begun, testing Germany’s ability to stay warm without Russian gas deliveries, and prices are unlikely to return to what they were.

Relief measures worth hundreds of billions of euros have helped Scholz’s coalition stave off serious social unrest due to soaring energy prices in the wake of the Ukraine war, but recent polls suggest it has lost its majority.

“This country is in search of a new foreign policy posture, in search of a new business model,” said Thomas Kleine-Brockhoff at the German Marshall Fund think tank. “And as long as it does that, it is going to join the ranks of those European countries that are no longer available for European leadership.”

To be sure, Germany’s allies have welcomed the Zeitenwende after years of warning the country of complacency on security.

In a landmark speech days after the Ukraine invasion, Scholz vowed to raise defense spending to NATO’s goal of 2% of gross domestic product and broke a taboo rooted in war guilt, pledging to send weapons to a war zone in order to support Kyiv.

One Western diplomat in Berlin, who declined to be named, said few people thought Scholz would actually dispatch any weapons to Ukraine given its dark Nazi history. “Germany does not get enough credit for this,” he said.

Poor communication was partly to blame, the diplomat said. For example Berlin announced in January the delivery of helmets to Ukraine to defend itself against possible invasion, prompting ridicule, but did not publish the lengthy list of weapons it had sent until June.

The government has also won praise for its commitment to wean Germany off Russian energy, even at the cost of having to break political taboos like extending the lifespans of the remaining nuclear plants and reviving coal power plants.

More recently U.S. administration officials have privately credited Scholz with securing during a visit to Beijing last month the first statement from Chinese President Xi Jinping opposing the use or threat of nuclear weapons in Ukraine.

Still, his trip so soon after Xi consolidated his grip on power at China’s Communist Party Congress raised eyebrows as did his decision to allow a Chinese shipping company to take a stake in a Hamburg port terminal.

A second French diplomat said there was concern that Berlin might be making the same mistake with China that it did when it failed to acknowledge the security threat posed by its over-reliance on Russian gas.

Some allies worry Germany is not going to move fast or decisively enough. The government may for example not reach the NATO spending goal until 2025, a spokesman said this week.

“This country is globally known for the slowness of change,” said Kleine-Brockhoff. “So what looked fine at first then caught the German disease.”