The best fiction released this year reminded us to value our relationships with one another, no matter what form they take. These books emphasized how we are shaped by the people who surround us, as well as those who are no longer physically present but whose memories we continue to carry. They are stories about friendship and love, growing up and growing older, loss and living, all centered on characters reckoning with how their people do and do not show up for them. There’s a bruising portrait of grief told through an adult daughter remembering her mother, a gritty account of a young woman who forms a community at the depths of her loneliness, a celebration of friendship between two creative geniuses, and more. Here, the top 10 fiction books of 2022. 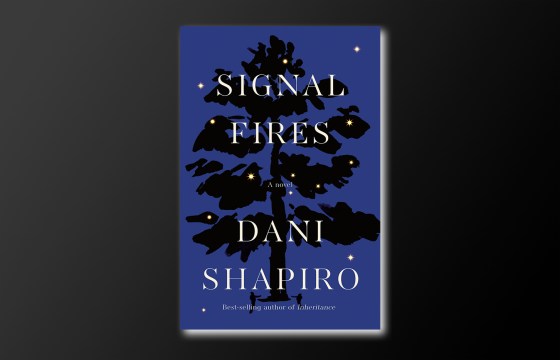 Signal Fires, Dani Shapiro’s first novel in 15 years, begins with a horrible ending. It’s 1985 and three intoxicated teenagers go for a car ride that proves fatal. The details of the accident are kept secret—and will haunt one family forever. Decades later, the doctor who ran to the scene of the accident befriends his 11-year-old neighbor, right near the spot where it happened. As Shapiro draws connections between seemingly disparate threads, she creates a moving portrait of guilt, grief, and fate. And she shows, in aching terms, how life is made up of random moments—missed opportunities and curious circumstances—and that it only takes a second for everything to change. 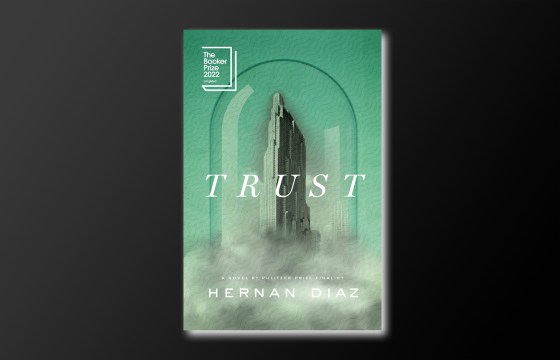 In 1920s New York, everyone who’s anyone knows Benjamin and Helen Rask, the wealthy couple sitting pretty at the top of the financial world. But how exactly did they accumulate so much power and wealth? That question is the driving force of the immensely popular 1937 novel Bonds—one of four distinct texts within Hernan Diaz’s Trust. The story of the Rasks (or the Bevels, depending which book-within-the-book you’re reading) contains mysterious multitudes. Their relationship and their privilege are undermined, examined, and rewritten as Diaz spins a dazzling story about subjectivity and greed. 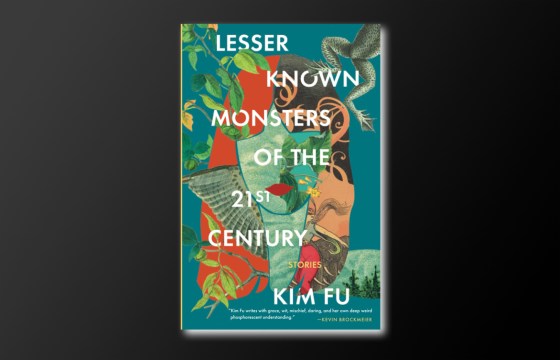 The 12 stories that make up Kim Fu’s bold collection feature characters dealing with scenarios that border between reality and fantasy. In the spaces where lines blur, Fu reveals quietly profound commentary on the intersections of technology, love, and loss. In one narrative, a girl mysteriously sprouts wings, a development that forces her friend group to consider their ever-changing adolescent bodies. In another, an insomniac grows dependent on sporadic visits from a strange man made of sand who might be the secret to her finally falling asleep. And in a wildly twisted tale, a couple kills each other, over and over again, to keep their relationship alive. These stories, surreal and clever, all point to crises that sit below the surface. Fu brings magical realism to exciting heights, positioning her characters’ relatable emotional battles within wonderfully constructed worlds. 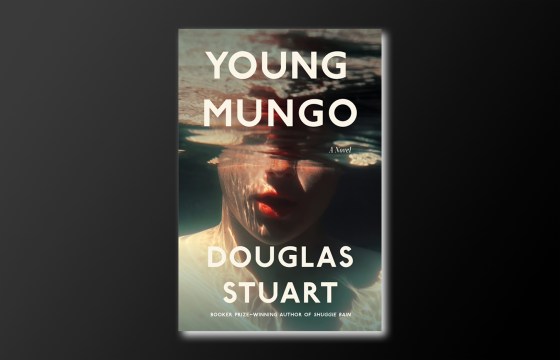 Douglas Stuart’s follow-up to his 2020 Booker Prize-winning debut Shuggie Bain is every bit as crushing as his first novel. Young Mungo is another visceral depiction of 20th-century working class Glasgow, this time centered on the impossible first love between two teenage boys. Homophobia and violence surround them, and the sensitivity that the young men possess is not welcome in their world of hostile masculinity. Through rich dialogue and rhythmic prose, Stuart brings to life a captivating portrayal of 1990s Scotland and the struggles faced by queer men who are learning how to live in the face of it all.

6. If I Survive You, Jonathan Escoffery 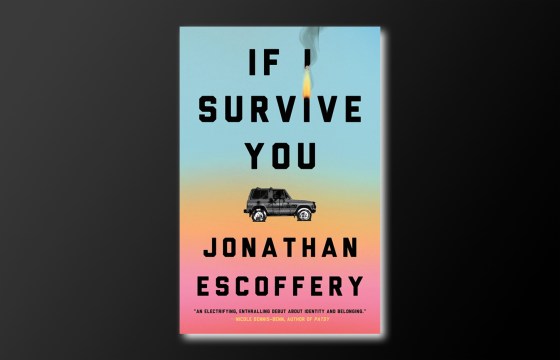 The first entry in Jonathan Escoffery’s lyrical and kaleidoscopic debut If I Survive You introduces the character at the short story collection’s center: Trelawny, the sole American-born member of a Jamaican family. In the seven linked narratives that follow, Escoffery follows Trelawny as he grapples with his identity as the son of Black immigrants living in Miami, where he never feels Black enough. Escoffery writes with urgency and heart as he illustrates his protagonist’s struggles to fit in, especially as his family falls apart in the wake of a devastating hurricane and recession. If I Survive You, longlisted for a 2022 National Book Award, is a timeless story of a young person wrestling with big questions about race and class, captured in intricately drawn scenes of everyday life.

Buy Now: If I Survive You on Bookshop | Amazon 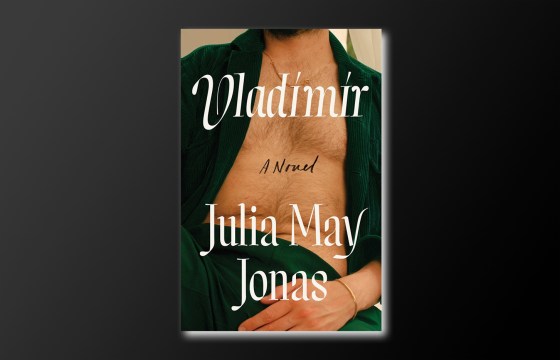 The protagonist of Julia May Jonas’ electric debut novel, an unnamed English professor, is grappling with the public fallout of her husband’s past affairs with students at the college where they both teach. The narrator is more annoyed than anything else—she and her husband had an open marriage—and she is quite preoccupied with an extramarital activity of her own: crushing hard on her department’s latest recruit. As the professor grows closer to her young new colleague, her desire festers into gnawing obsession. Jonas’s explosive novel asks timely questions about power and campus politics.

4. All This Could Be Different, Sarah Thankam Mathews 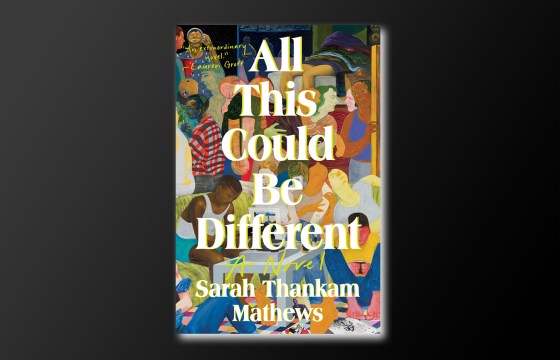 In Sarah Thankam Mathews’ tender debut novel All This Could Be Different, a finalist for a 2022 National Book Award, recent college graduate Sneha has just moved to Milwaukee and started an awful job as a corporate consultant. Though the work is soul-crushing, there’s a recession swirling and the money keeps Sneha afloat. Plus, she can send some of it to her parents in India. But Mathews’ contemplative protagonist is desperately lonely in this new life, despite a burgeoning romance with an older ballet dancer named Marina. As Sneha questions why she finds it so difficult to open up to others, she is forced to confront the inescapable trauma that she’s buried deep inside. Mathews explores this tension, and the community that Sneha builds for herself in the Midwest, in an incisive and surprising coming-of-age narrative.

Buy Now: All This Could Be Different on Bookshop | Amazon

3. The Book of Goose, Yiyun Li 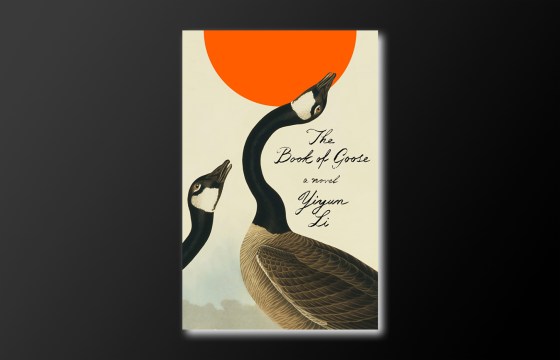 Agnès has just heard the news that her childhood best friend, Fabienne, is dead. Now an adult living in America, Agnès reflects on growing up in France with Fabienne by her side and a decision Fabienne made that changed both their lives: when they were kids in the war-ravaged countryside, Fabienne wrote a fictional account of their experiences, and published it under Agnès’ name. The move catapulted Agnès to literary fame—and to a London finishing school where she suffered tremendously without Fabienne nearby—and now, she’s finally ready to tell her version of the events that defined her adolescence. Yiyun Li dissects the girls’ achingly intimate and, at times, unsettling friendship, and asks if Agnès ever really knew the person she was so devoted to. In detailing the answer, she unveils a cutting portrait of girlhood.

Buy Now: The Book of Goose on Bookshop | Amazon

2. The Hero of This Book, Elizabeth McCracken 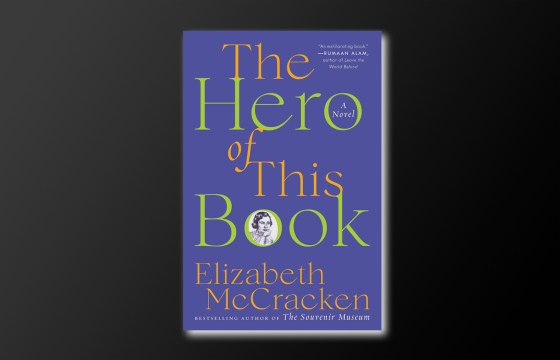 An unnamed writer arrives in London for a trip. She feels her recently deceased mother’s absence—and presence—everywhere she goes. As she walks around the city, she’s reminded of her mother’s complicated life, the memories they shared, and the curious, ever-evolving relationship between child and parent. But, the unnamed writer repeats, even though she’s constructing a deeply felt tribute to her mother, this is, in no way, a memoir. Her mother hated those. And so goes Elizabeth McCracken’s latest work of fiction, poking holes in the very idea of fiction itself as the story unfolds. The prolific author, whose own mother shared many similarities with the one described in the book, delivers a potent meditation on processing loss. Along the way, she makes startling revelations about what it really means to write, and how fiction can help us understand the most challenging parts of life.

Buy Now: The Hero of This Book on Bookshop | Amazon 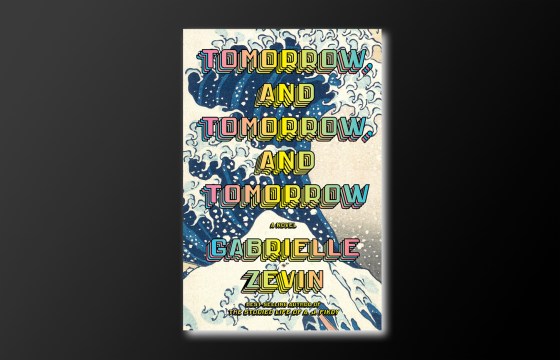 In his junior year at Harvard, Sam Masur runs into Sadie Green on a subway platform. They’ve known each other since childhood, when they first bonded over a shared love of video games, but a rift set them apart. In Gabrielle Zevin’s inventive and sweeping novel, the estranged friends reconnect and rebuild their relationship, becoming creative partners on a video game that shoots them to fame before they turn 25. As Sam and Sadie wrestle with their growing ambitions over the years, they cultivate a friendship much more meaningful than any romance. Tomorrow, and Tomorrow, and Tomorrow is a celebration of the narratives, in video games and in life, that reinforce just how important connection really is. In following Sam and Sadie’s journey from Massachusetts to California and into the imagined worlds of their games, Zevin writes the most precious kind of love story.