DNIRPO (Reuters) – The death toll from Russia’s missile attack on the Ukrainian city of Dnipro has climbed to 18, officials said on Sunday, while Britain said overnight it will soon send a squadron of its main battle tanks to help Ukraine’s defence. 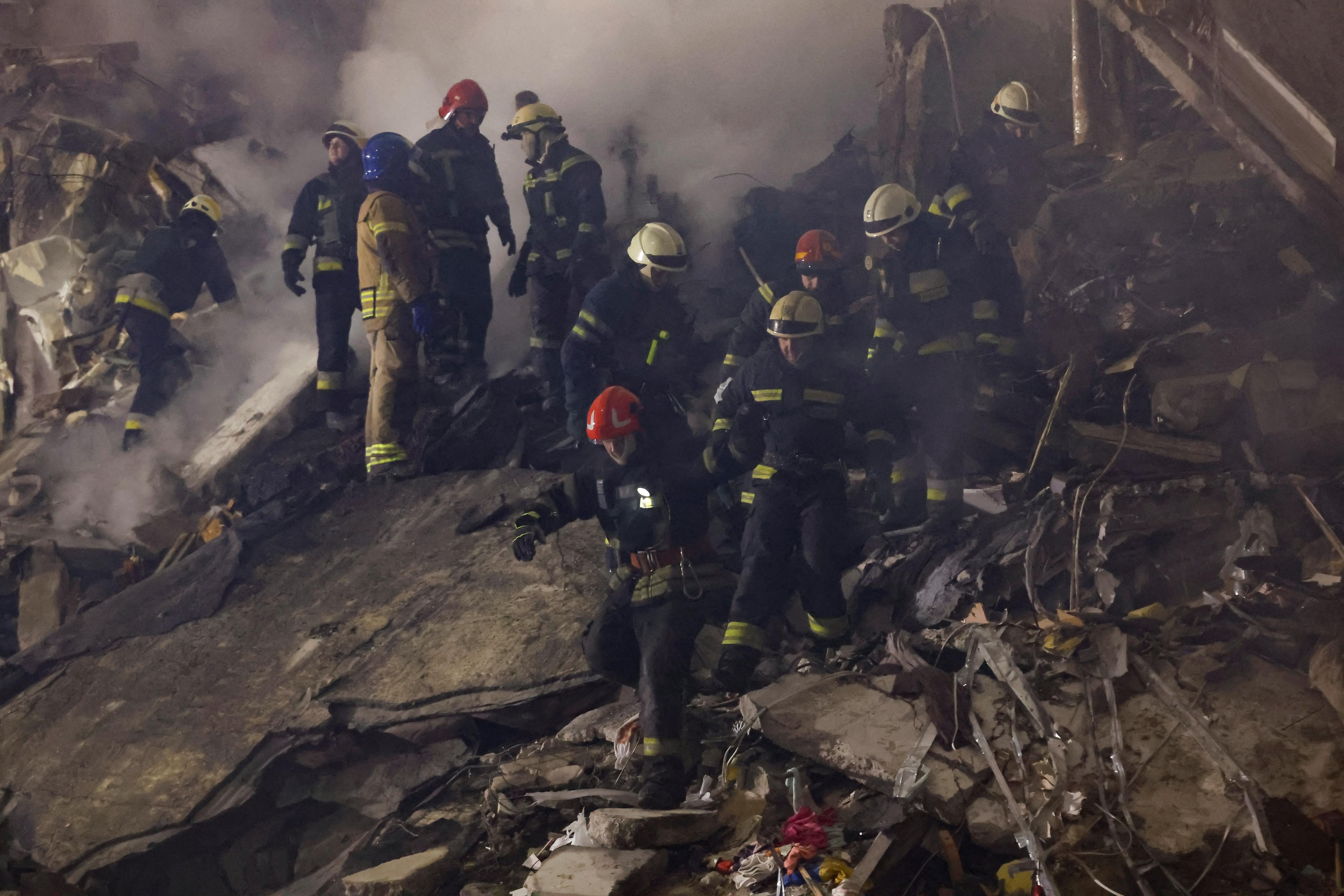 Emergency personnel work at the site where an apartment block was heavily damaged by a Russian missile strike, amid Russia’s attack on Ukraine, in Dnipro, Ukraine January 15, 2023. REUTERS/Clodagh Kilcoyne

Seventy-three people were injured with 40 in hospital including four in intensive care, Valentyn Reznichenko, governor of the Dnipropetrovsk region in central eastern Ukraine, wrote at 7:25 a.m. local time (0525 GMT) on the Telegram messaging app.

Rescuers toiled through the night searching for survivors. Emergency workers said earlier they had heard people screaming for help from underneath piles of debris.

“The rescue operation is ongoing. The fate of more than 40 people remains unknown,” Reznichenko said, adding that the attack had destroyed 72 apartments and damaged more than 230.

There was no immediate comment from Moscow about the attacks, which represent Russia’s largest wave of strikes in two weeks and which came as Ukraine was observing the traditional Old New Year or the Orthodox New Year.

The Saturday strikes hit also critical infrastructure in Kyiv and other places. Officials warned this would restrict power supply for the capital and large swathes of the country over the next few days.

As ground fighting continued in Ukraine’s east, Britain followed France and Poland with promises of further weapons, saying it would sent 14 of its Challenger 2 main battle tanks as well as other advanced artillery support in the coming weeks.

The first dispatch of Western-made tanks to Ukraine is likely to be viewed by Moscow as escalation of the conflict. The Russian embassy in London said the tanks would drag out the confrontation.

Germany is now expected to come under pressure to follow suit as Kyiv continues to plea for advanced military equipment.

British Prime Minister Rishi Sunak and his advisers have “analysed the military picture, looked at the strategic impact of the UK’s support and identified a window where he thinks the UK and its allies can have maximum impact,” a government spokesperson said in a statement.

Russia invaded Ukraine on Feb. 24 in what Moscow calls “a special military operation”, but which Ukraine and its allies say is an unprovoked aggression that has since killed thousands, displaced millions and turned much of cities like Dnipro into rubble.