Listen to this article
2022-12-08T14:38:52Z
The Tkaczuk family moved from the Polish city of Krakow to the village of Olpiny in the Carpathian foothills in 2018 in search of cleaner country air. But with the onset of the Ukraine war, and the subsequent energy crisis, their dreams have been dashed. Flora Bradley-Watson reports.

The Tkaczuk family moved from the Polish city of Krakow to the village of Olpiny in the Carpathian foothills in 2018 in search of cleaner country air.

Four years on, as the fallout from the Ukraine war halted Russian gas supplies to Poland, the local authorities postponed a ban on the dirtiest stoves for heating, and air pollution in Olpiny exceeded the norms by four-fold last month.

“I feel completely helpless and abandoned by the state,” said Julia Tkaczuk, 38, whose five-year-old son has asthma. “Every sneeze is a warning sign for me.”

On the night of Nov. 20, as temperatures slipped below zero for the first time this year, the only city in the world with a higher concentration of fine particulate matter (PM 2.5) in the air was New Delhi, according to Airly, an organisation based in California that monitors pollution.

While a number of European countries besides Poland, such as Germany and Hungary, are burning more polluting brown coal, or lignite, to keep the lights on, experts say it’s the use of the fuel at home that will have the biggest impact on health.

In the municipality where the Tkaczuk’s live, coal is the main heating source and 40% of households use outdated furnaces known as “smokers” because of the poisonous fumes they emit.

Piotr Kleczkowski, a professor at Krakow’s AGH University specialising in environmental protection, estimates that the suspension of the ban in the Tkaczuk’s province will result in up to 1,500 premature deaths this winter.

“It gets worse: with more sulphur in the air, mercury finds it easier to get into our lungs,” said Kleczkowski, referring to the way the two elements combine in polluted air.

To be sure, Poland has been one of the most polluted countries in Europe for years and governments have tried to clamp down on the burning of dirty fuels in homes.

But after Russian gas was cut off over a payment dispute in April, the Law and Justice (PiS) government dropped a two-year-old ban on residents burning lignite and poor-quality hard coal, which cannot be filtered effectively in home stoves.

It also loosened restrictions on selling coal waste, which can be highly polluting, taking Poland back to the days before 2018, when the rules for coal were tightened to fight smog.

In September, PiS leader Jaroslaw Kaczynski even told residents of Nowy Targ, the town with the lowest air quality in Poland in 2020, to burn pretty much whatever they wanted.

“We should be burning everything, other than tires, or similar things, because this is unfortunately what happens here,” he said. “Simply, Poland needs to be heated.”

In November, the Lodz region in central Poland also postponed for two years a ban on the dirtiest home furnaces that was due to take effect in 2023.

The government says the lifting of the ban on lignite and the lowest quality coal is linked to the Ukraine war and should be temporary – and its impact on air quality will be evaluated after the winter.

“The central government has no influence on the scope and timelines of the regional anti-smog rules,” Poland’s climate ministry said in response to Reuters questions.

The policy U-turn, however, is already triggering respiratory problems in the most polluted areas, doctors say.

In Rybnik near the Czech border, child admissions to the Provincial Specialised Hospital soared in November as temperatures fell, according to the paediatric ward’s chief Katarzyna Musiol.

On the night of Nov. 20, when the temperature in Rybnik fell to minus 3 Celsius, the average concentration of PM 2.5 particles was six times above the norm, data from Airly, which has five monitoring points in the town, showed.

Particulate matter is considered to be the most dangerous air pollutant and at only 2.5 microns wide or less, PM 2.5 particles can get deep into the lungs and even the bloodstream.

Although it was first the really cold night of the year in Rybnik, the air quality was already the worst since Dec. 13, 2021 when the temperature was minus 6 C.

“As a result, the ward is full of children, of which 90% have conditions triggered by smog: shortness of breath, respiratory syncytial virus (RSV), aggravated asthma, bronchitis and pneumonia. Some are babies a few weeks old with breathing problems and RSV,” Musiol told Reuters.

“Above the norm is our norm. Smog has been intense over the past days and we have a lot of children in need of intensive treatment,” she said.

The town of 130,000 people in Silesia province has kept its anti-smog rules in place so stoves more than 10 years old are banned, but coal is widely used.

Magdalena Kolarczyk Guz from Rybnik’s municipal police patrols the town during the day, searching for homes spewing smoke into the air to find people breaking the rules.

“The words of the politicians, even the most important ones, don’t change the law,” she told Reuters as she patrolled a district with detached houses.

She finds one belching dirty smoke into the sky. But when she rings the door bell, nobody answers, and she doesn’t have the power to force entry.

About 80% of the coal used by European Union citizens to heat homes is burned in Poland. It started running out soon after Warsaw became the first EU member to stop buying Russian coal in April, imports typically used by residential customers.

Prices jumped four-fold and state-owned sellers started rationing. Desperate for supplies for the winter, Poles started driving to the Czech Republic during the summer to buy lignite from wholesalers there.

“The interest from Polish customers is enormous,” said Dan Bernat, a Czech coal merchant in Libun, 35 km (22 miles) from the Polish border. “Sometimes they demand absurd volumes, full truckloads, or 10, 15 tonnes, which we cannot handle.”

But lignite costs about a 10th of price of hard coal and 21,000 tonnes were sold in the first four weeks after it became available to residential users in October, Polish power and mining company PGE (PGE.WA) said.

“I can’t afford hard coal,” said Kazimierz Kujawski, a farmer, outside the vast Belchatow lignite mine in central Poland as he came to collect six tonnes, the maximum an individual customer can buy.

With coal out of reach for some, residents are also resorting to burning garbage, which produces more carcinogenic toxins than lignite according to professor Kleczkowski, and local authorities are struggling to stop it.

In October, a homeowner in Wejherowo in northern Poland, refused to accept a fine from local police for burning furniture waste, arguing that PiS leader Kaczynski had said he could burn anything. The court case is pending.

“We are pumping substances into the atmosphere which are much more harmful than what we have seen in the last 12 months,” Kleczkowski said.

“If sub-zero temperatures return, we will see very high levels of pollution: the levels at which acute effects may occur, including strokes.” 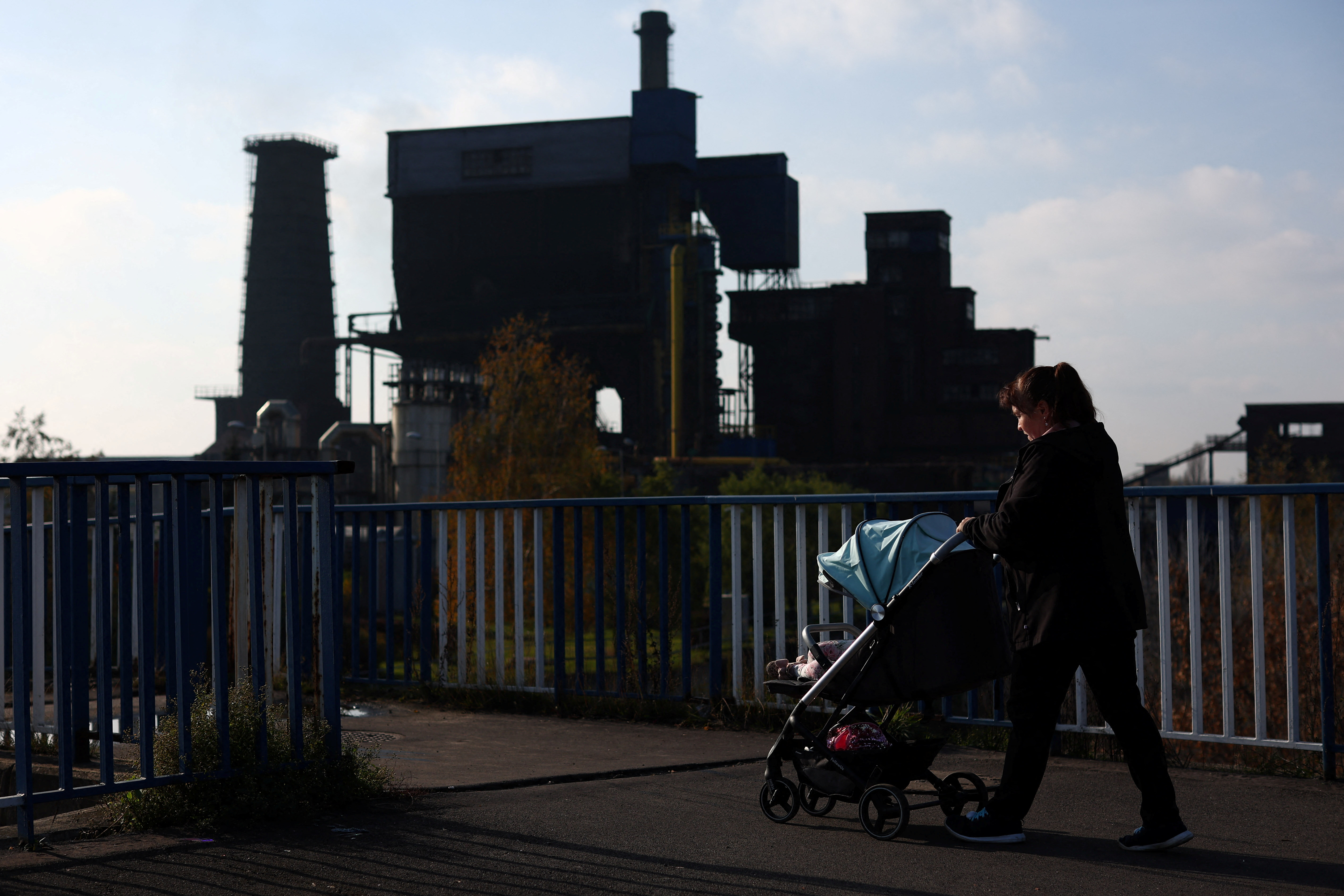 A woman with a trolley walks near a coking plant in Bytom, Poland October 27, 2022. REUTERS/Kacper Pempel 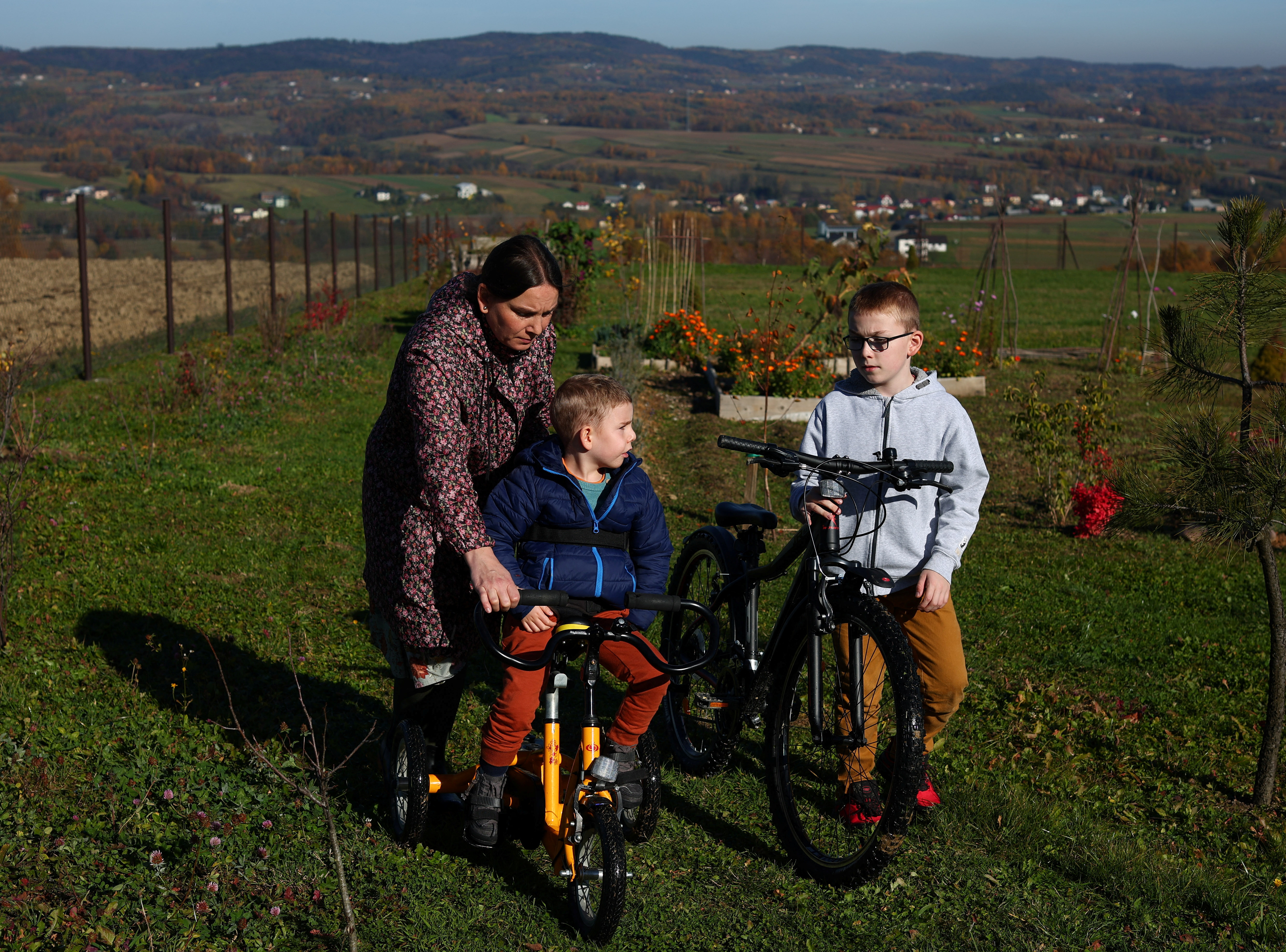 Julia Tkaczuk, 38, walks with her children as they ride bicycles in front of their house in Olpiny, Poland October 28, 2022. REUTERS/Kacper Pempel 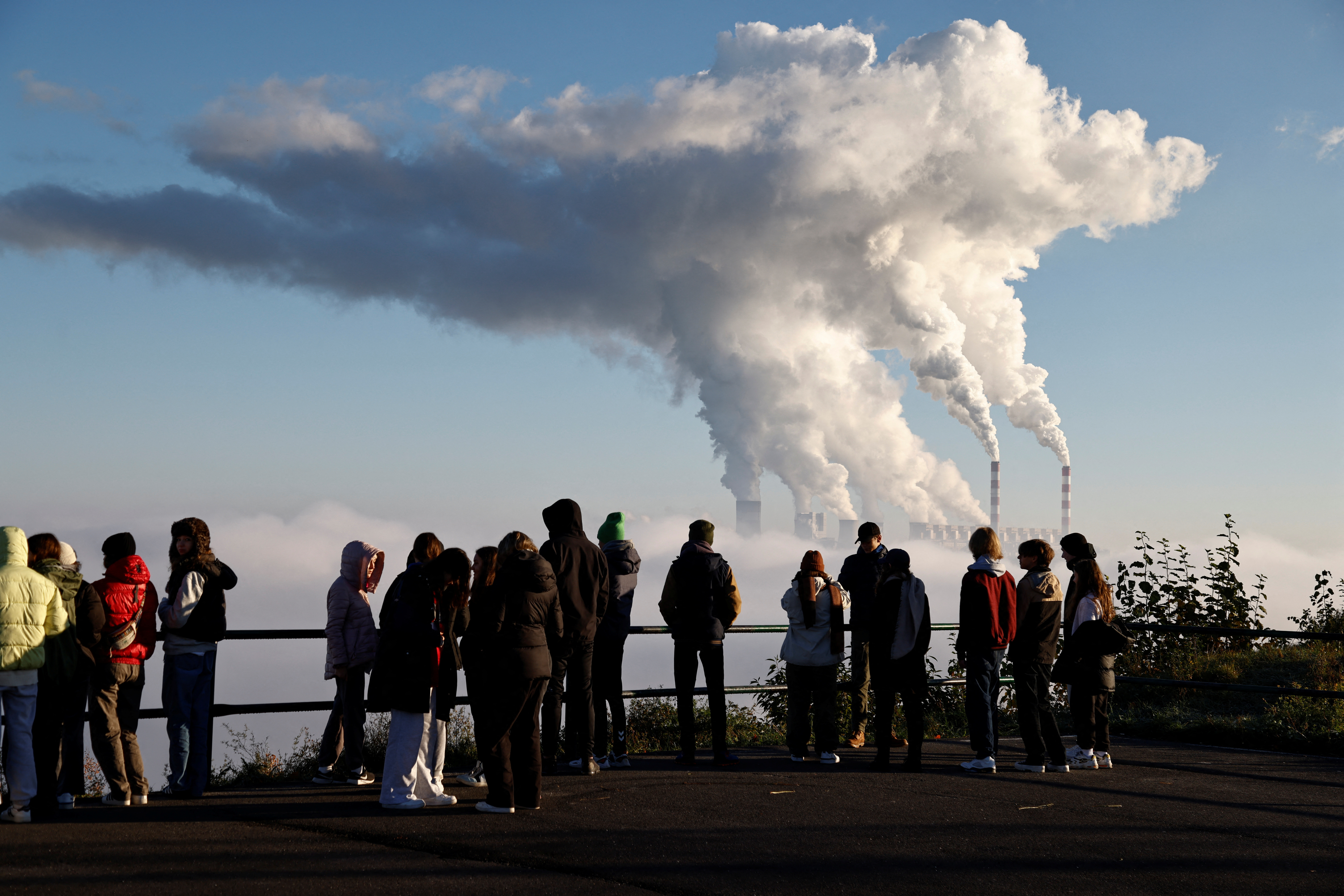 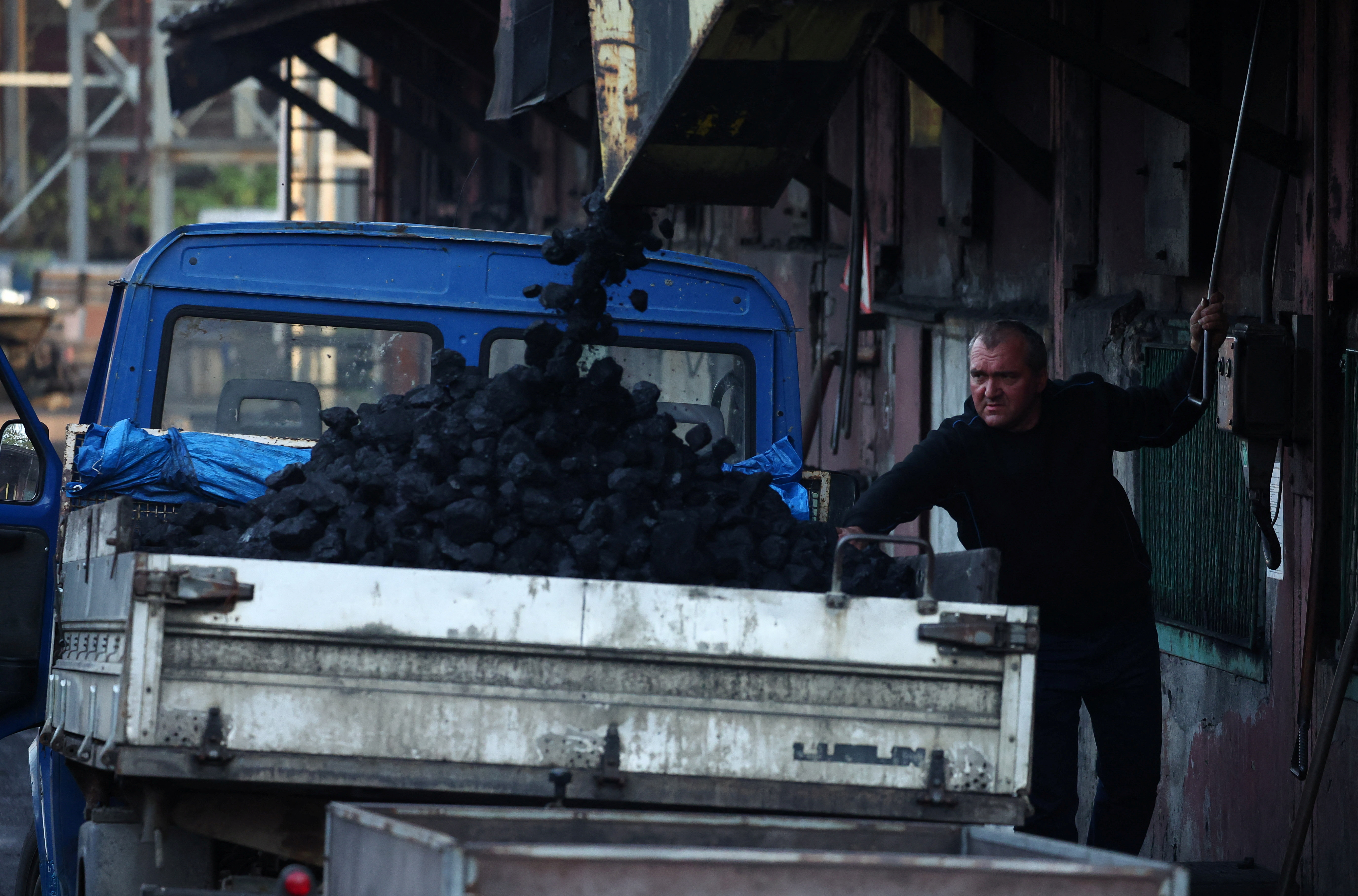 A man loads coal onto a truck at the Bobrek mine, in Bytom, Poland October 27, 2022. REUTERS/Kacper Pempel 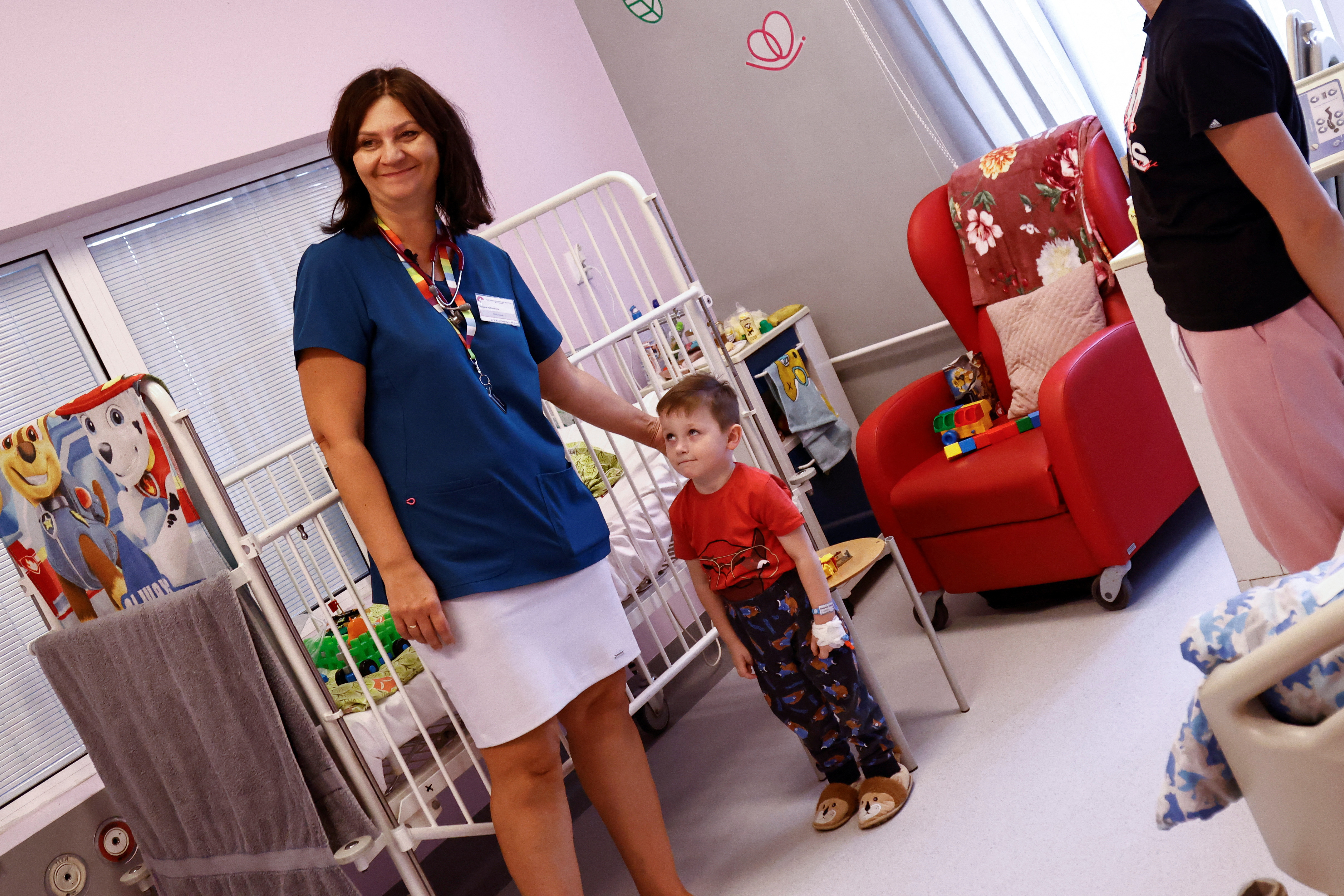 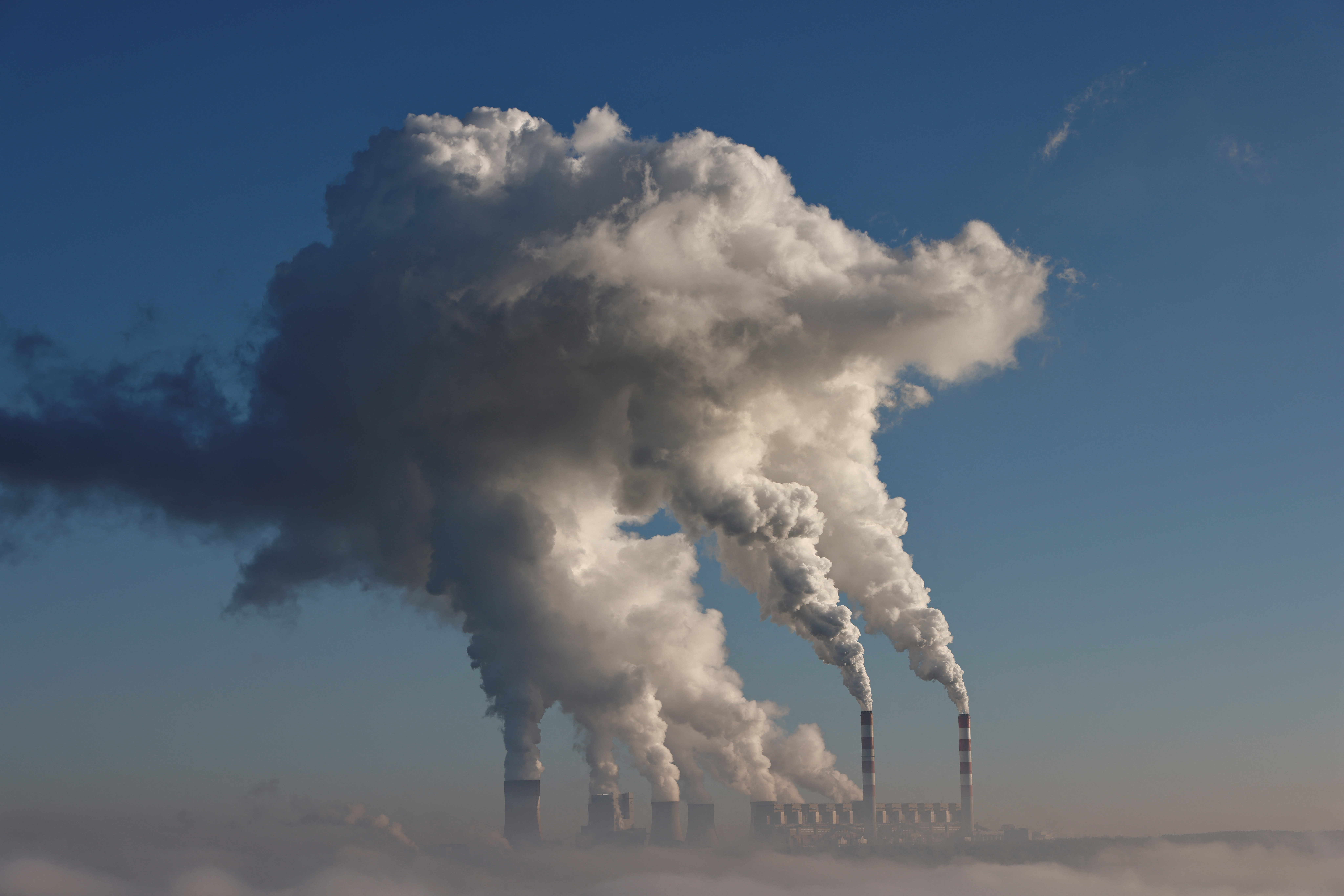 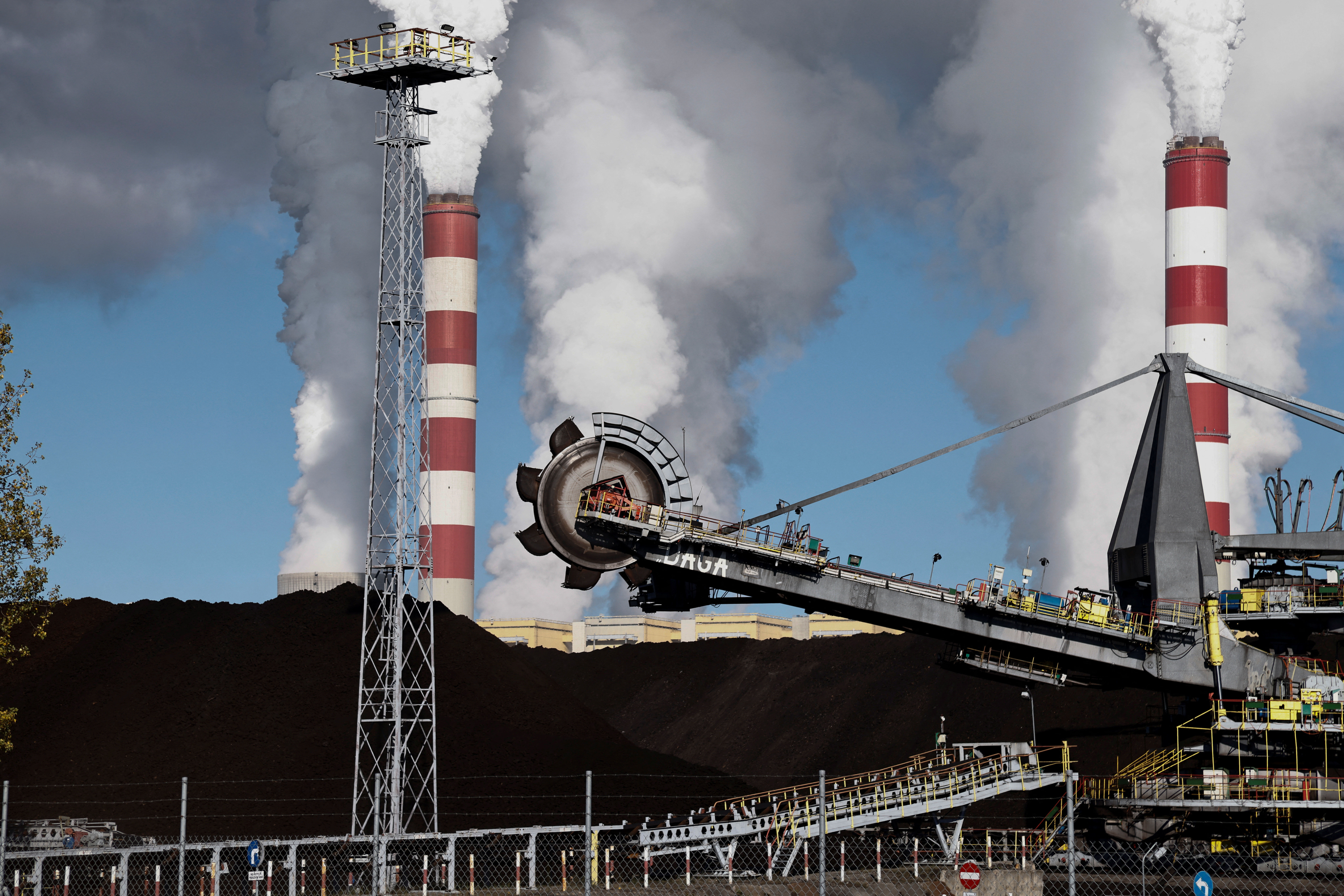 Home » Audio Sources - Full Text Articles » “Burn everything“: Poland chokes on the smog of war
a