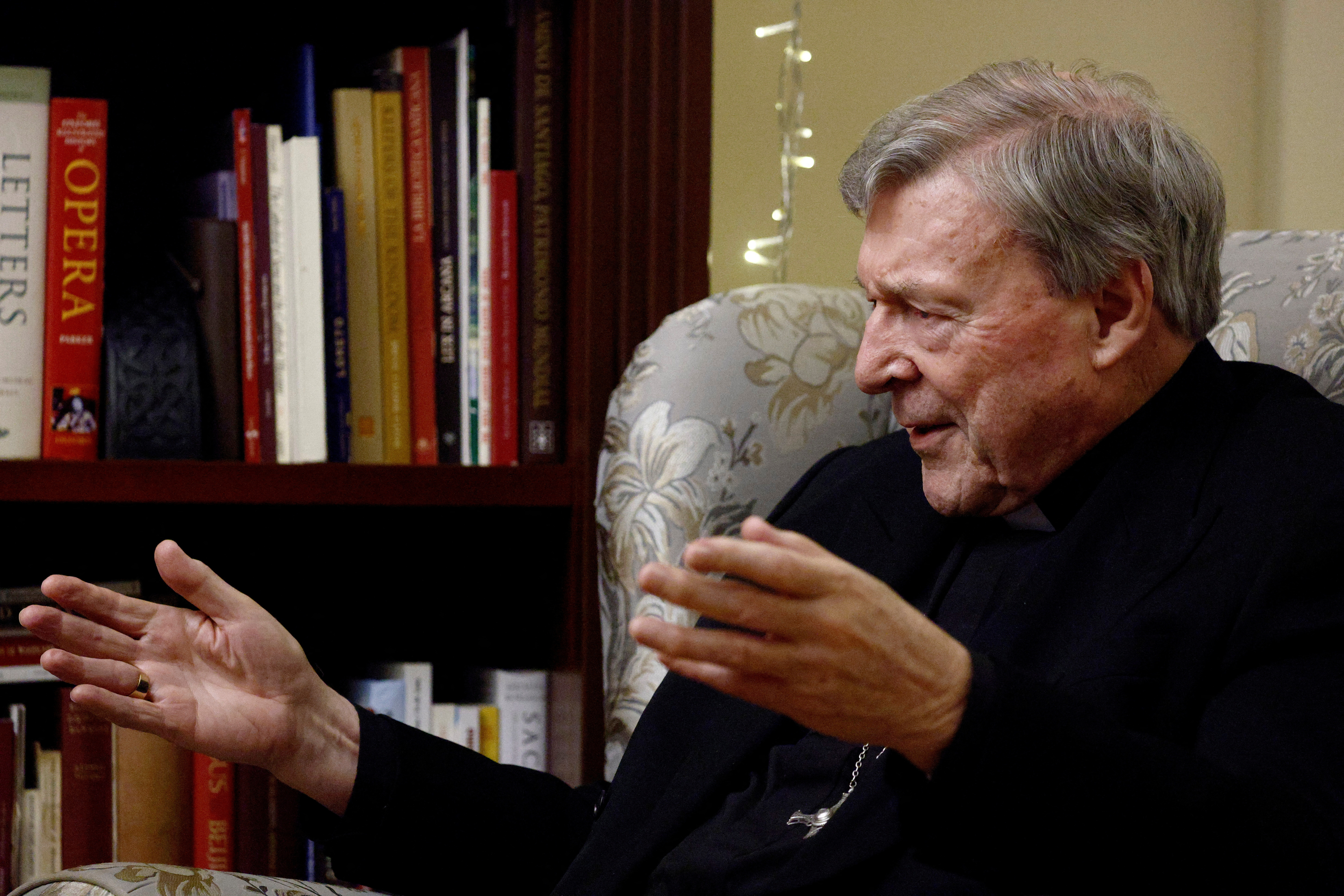 Australian Cardinal George Pell gestures as he speaks during an interview with Reuters in Rome, Italy December 7, 2020. REUTERS/Guglielmo Mangiapane

Australian Cardinal George Pell was lying in state on Friday, with funeral preparations overshadowed by revelations that he was the author of an anonymous memo that branded Pope Francis’ pontificate a catastrophe.

Pell’s closed dark brown wooden coffin was placed on the floor of the small church of St. Stephen of the Abyssinians, inside the Vatican walls just metres (yards) away from the Santa Marta residence where Francis lives.

Early on Friday, a reporter saw about 20 people kneeling in prayer in the church when it opened for 10 hours of lying in state.

Pell, 81, who spent more than a year in jail before being acquitted of sexual abuse allegations in his native Australia, died on Tuesday night in a Rome hospital of heart failure.

The small church, which is normally used for baptisms and weddings, is one of the oldest in the Vatican. Parts of it date back to the fifth century and it is one of the few structures not demolished to make way for the building of the current St. Peter’s Basilica, which began in the early 16th century.

His funeral is due to take place on Saturday just across the road in St. Peter’s.

In keeping with tradition for deceased cardinals, the Mass will be said by the dean of the College of Cardinals, currently Italian Giovanni Battista Re, and the pope will give the final blessing and commendation.

His surprise death of cardiac arrest during what was expected to be routine hip replacement surgery was followed by another shock the next day.

Magister disclosed on his widely read blog Settimo Cielo (Seventh Heaven) that it was Pell who wrote the memo and gave him permission to publish it under the pseudonym “Demos” – Greek for populace. It included what the author said should be the qualities of the next pope.

“Everyone here is talking about it,” said one Vatican official who spoke on the condition of anonymity.

The official said he did not doubt that Pell was the author but said the revelation should have been held back until after his funeral “out of respect for the dead”.

Pell will be buried in the crypt at St. Mary’s Cathedral in Sydney, where he served as archbishop, the Australian Church has announced.