Living under China’s stringent COVID-19 restrictions for the past three years had caused Zhang Qi enough stress and uncertainty to consider not having babies in the country.

When China abruptly dismantled its “zero COVID” regime last month to let the virus spread freely, the balance tilted to a definite “No”, the Shanghai-based e-commerce executive said.

Stories about mothers and babies not being able to see doctors as medical facilities were overwhelmed by COVID infections were the final straw for Zhang.

“I heard that giving birth at a public hospital is just horrific. I really wouldn’t consider having a baby,” the 31-year-old said.

A glimpse of the scars caused by the pandemic to China’s already bleak demographic outlook may come to light when it reports its official 2022 population data on Jan. 17.

Some demographers expect China’s population in 2022 to post its first drop since the Great Famine in 1961, a profound shift with far-reaching implications for the global economy and world order.

“With this historical turn, China has entered a long and irreversible process of population decline, the first time in China and the world’s history,” said Wang Feng, professor of Sociology at University of California.

“In less than 80 years China’s population size could be reduced by 45%. It will be a China unrecognisable by the world then.”

China’s total population increased by 480,000 to 1.4126 billion in 2021. The United Nations predicts China’s population will start to decline this year when India overtakes it as the world’s most populous country.

U.N. experts see China’s population shrinking by 109 million by 2050, more than triple the decline of their previous forecast in 2019.

While nine of the 10 most populous nations in the world are experiencing declines in fertility, China’s 2022 fertility rate of 1.18 was the lowest and well below the 2.1 OECD standard for a stable population.

The country, which imposed a one-child policy from 1980-2015, officially acknowledged it was on the brink of a demographic downturn last year, when the National Health Commission said the population may start declining before 2025.

Their impact so far has been lacklustre.

The reverse is playing out in India, where Google Trends shows a 15% year-on-year increase in searches for baby bottles in 2022, while searches for cribs rose almost five-fold.

The financial burden of children’s education, some of the most stressful college entrance exams in the world and a nursery enrollment of only around 5.5% for children under 3 years – far lower than the OECD average – are key factors affecting the fertility rate, the YuWa Population Research think tank said this month.

The economic impact of an ageing society will be significant.

Demographer Yi Fuxian expects the proportion of those aged 65 years and older to reach 37% in 2050, from 14% last year and 5% in 1980. Its labour force won’t be replenished at the same rate due to declining births.

“Rapid aging is slowing China’s economy, reducing revenues, and increasing government debt…China is getting old before it gets rich.”

Murphy, a 22-year-old student at Beijing’s Communication University of China said she wouldn’t be able to afford a child due to the slow economy.

The lockdowns cooled the economy to one of its lowest growth rates in nearly half a century last year.

“The pandemic reinforced my view,” said Murphy, who declined to give her last name for privacy reasons. “Even if I could afford my own living expenses, why would I want to have babies?” 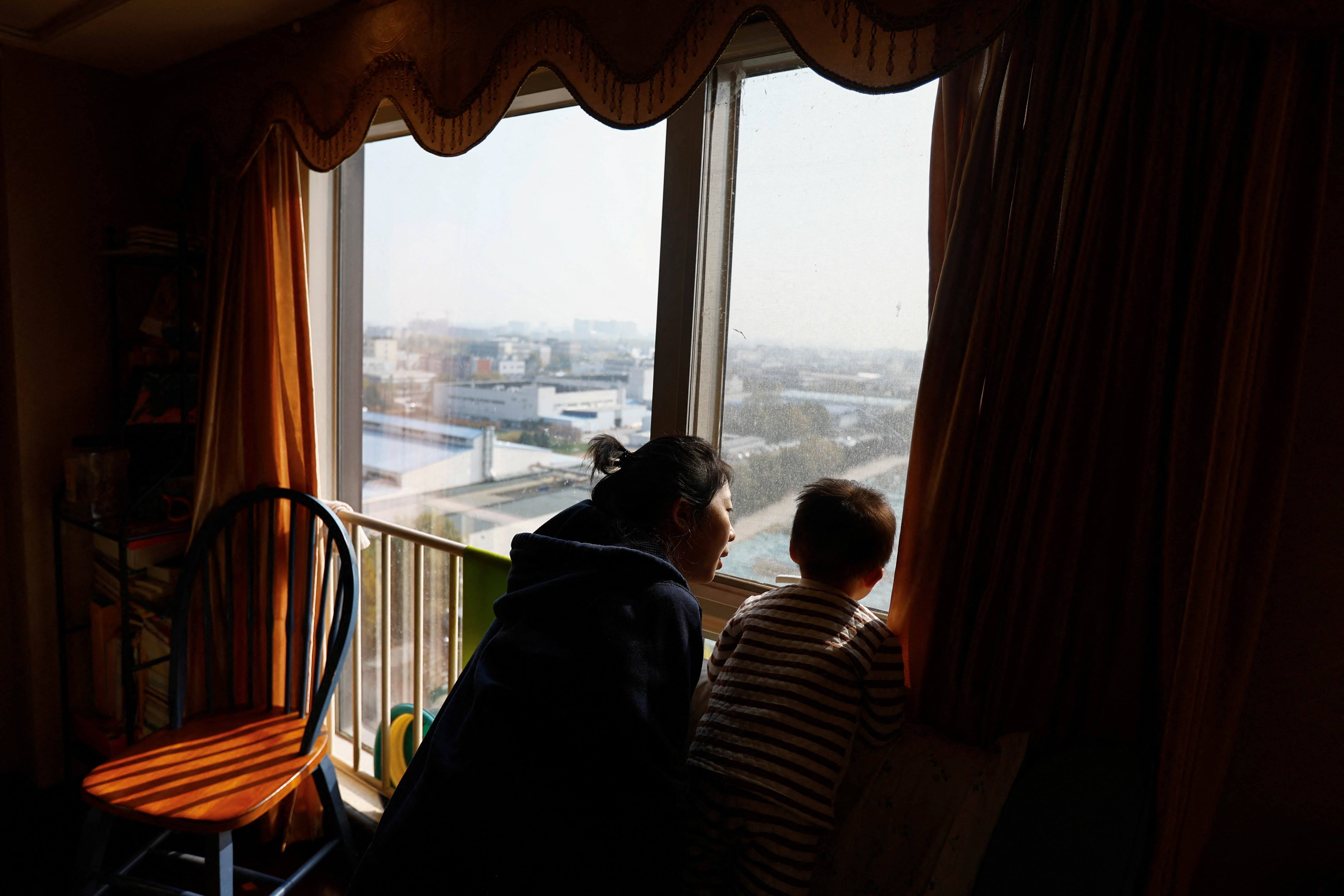 Ang Ran and her 2-year-old son Tang Ziang look out from their home in Beijing, China November 8, 2022. REUTERS/Tingshu Wang 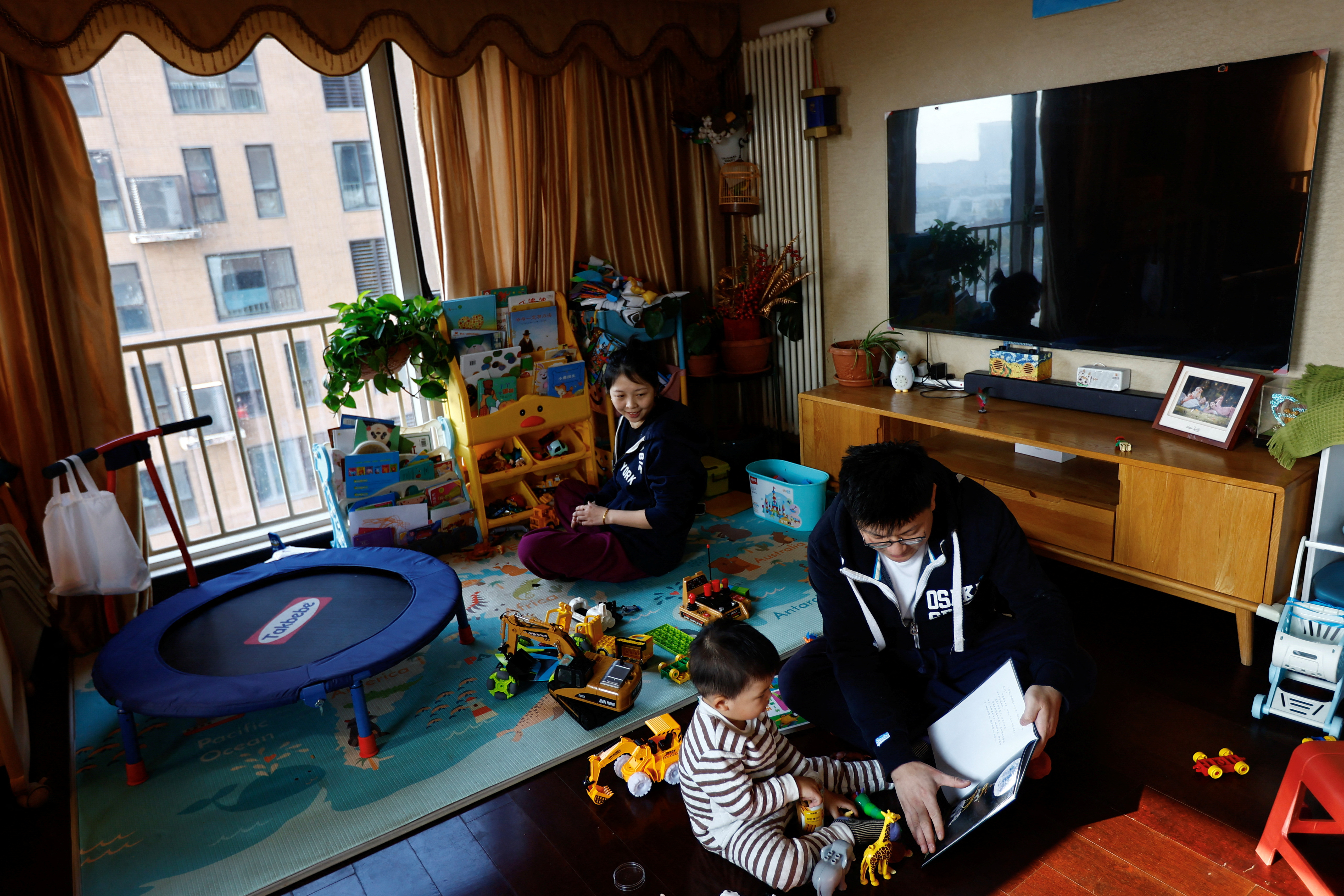 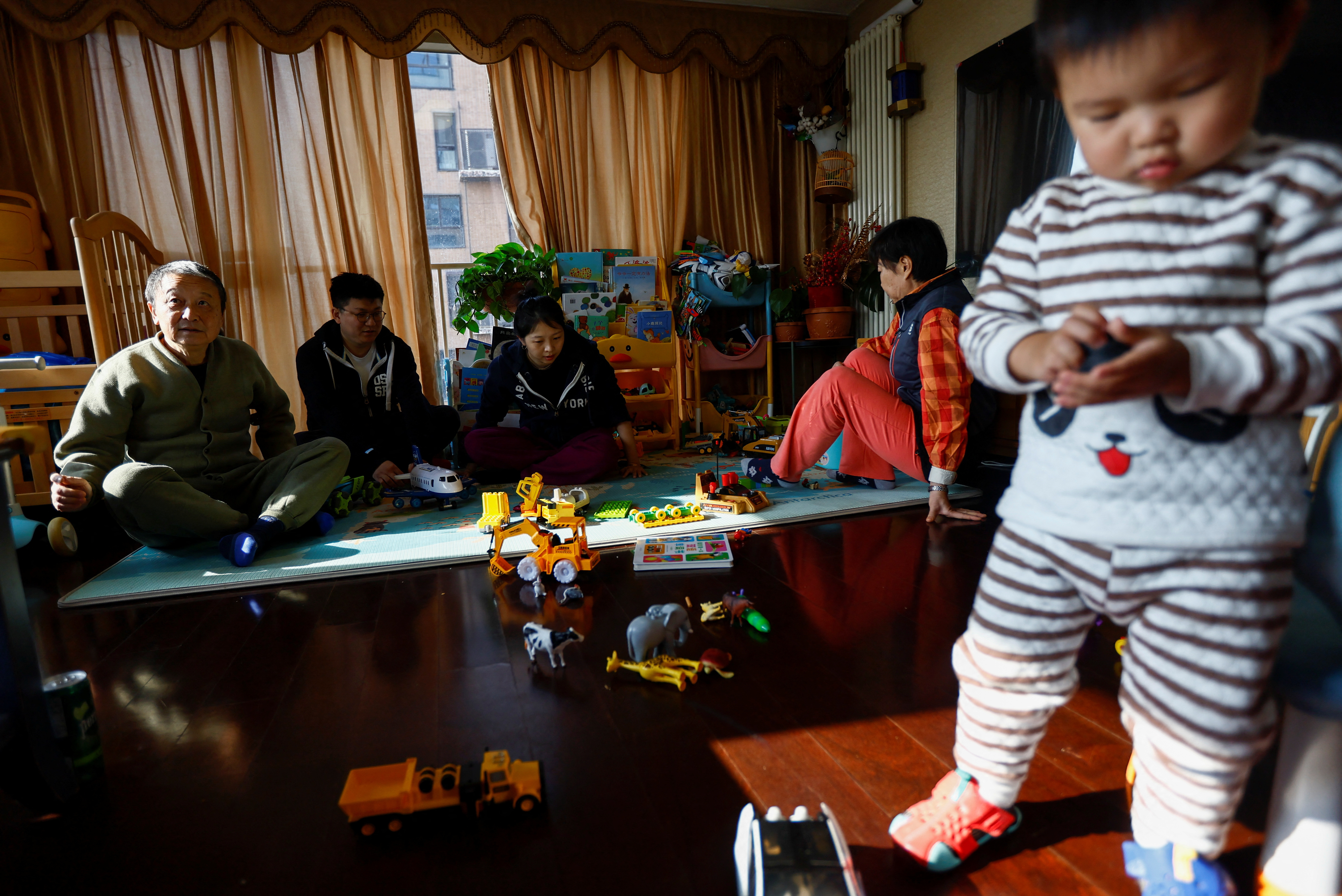 Tang Huajun, Ang Ran and her parents sit near their 2-year-old son Tang Ziang at their home in Beijing, China November 8, 2022. REUTERS/Tingshu Wang
Spread the news