The near year-long infant formula shortage in the United States that prompted the intervention of the White House is likely to “persist” until spring, according to Reckitt Benckiser, the maker of what is now the biggest brand in the market, Enfamil.

The products, made at a plant in Michigan, were pulled after complaints of bacterial infections.

Supermarkets like Target (TGT.N) and Walgreens Boots Alliance (WBA.O) were forced to limit sales, putting pressure on the Biden administration to address the crisis.

The White House in May took steps to address the shortage, invoking the Defense Production Act to help manufacturers obtain the ingredients needed to ramp up supply.

Supplies are yet to return to normal since the peak of the crisis in May and June, despite the U.S. making progress in replenishing stocks, said Robert Cleveland, Reckitt senior vice president of North America and Europe Nutrition.

“I suspect that will persist to some degree until the spring resets,” he said. The situation was improving, he said however. “There is much more volume on shelves than a few months ago, and enough to feed America’s babies.”

Rival manufacturer Perrigo Company Plc (PRGO.N) declined to comment, while Danone, maker of Aptamil, did not immediately respond to a request for comment.

Since the Abbott recall, Reckitt’s share of the infant formula market has skyrocketed, making it the No.1 supplier in the United States.

The British company has yet to see its newfound popularity recede, with Cleveland saying its just over 50% market share has “remained relatively unchanged” since earlier this year.

Its position has been further boosted by the United States saying it will temporarily cover the cost of baby formula for low-income families dependent on government discounts in states contracted with the company.

Companies normally bid for state contracts to be the sole provider of baby formula for low-income families under the Women, Infants and Children (WIC) programme. In their bids, they offer a “rebate” in the form of discounts to the states.

Reckitt has said its formula factories are operating 24/7, and that it was feeding more than 40% of all low-income WIC infants.

“Certainly at some point in the future, we expect they (the United States Department of Agriculture) will want to return the programme to normal,” Cleveland said. 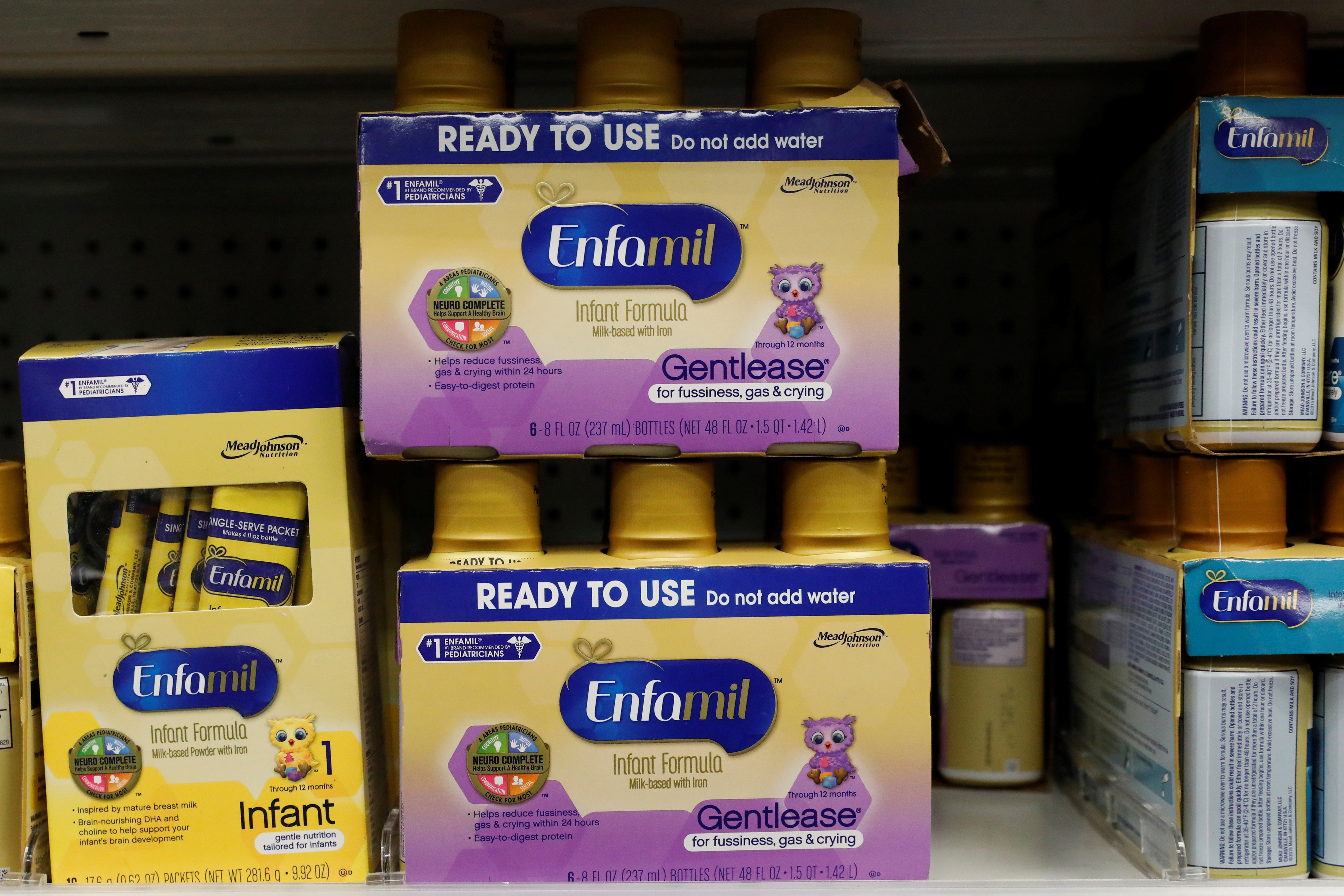 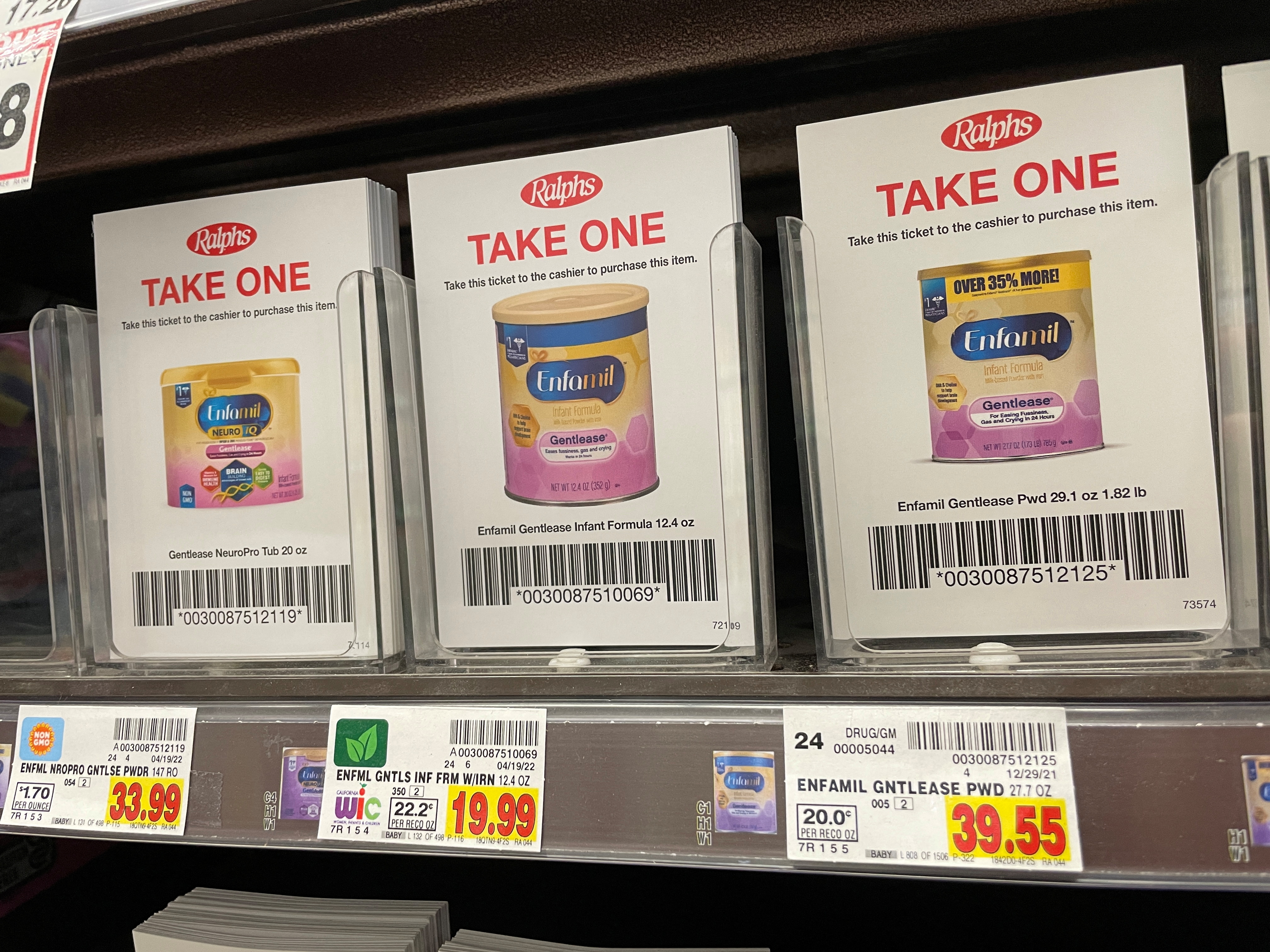 Enfamil baby formula, produced by Mead Johnson, is seen in a supermarket as inflation continues to hit consumers amid continuing nationwide shortages in infant and toddler formula, in Los Angeles, California, U.S. May 27, 2022. REUTERS/Lucy Nicholson 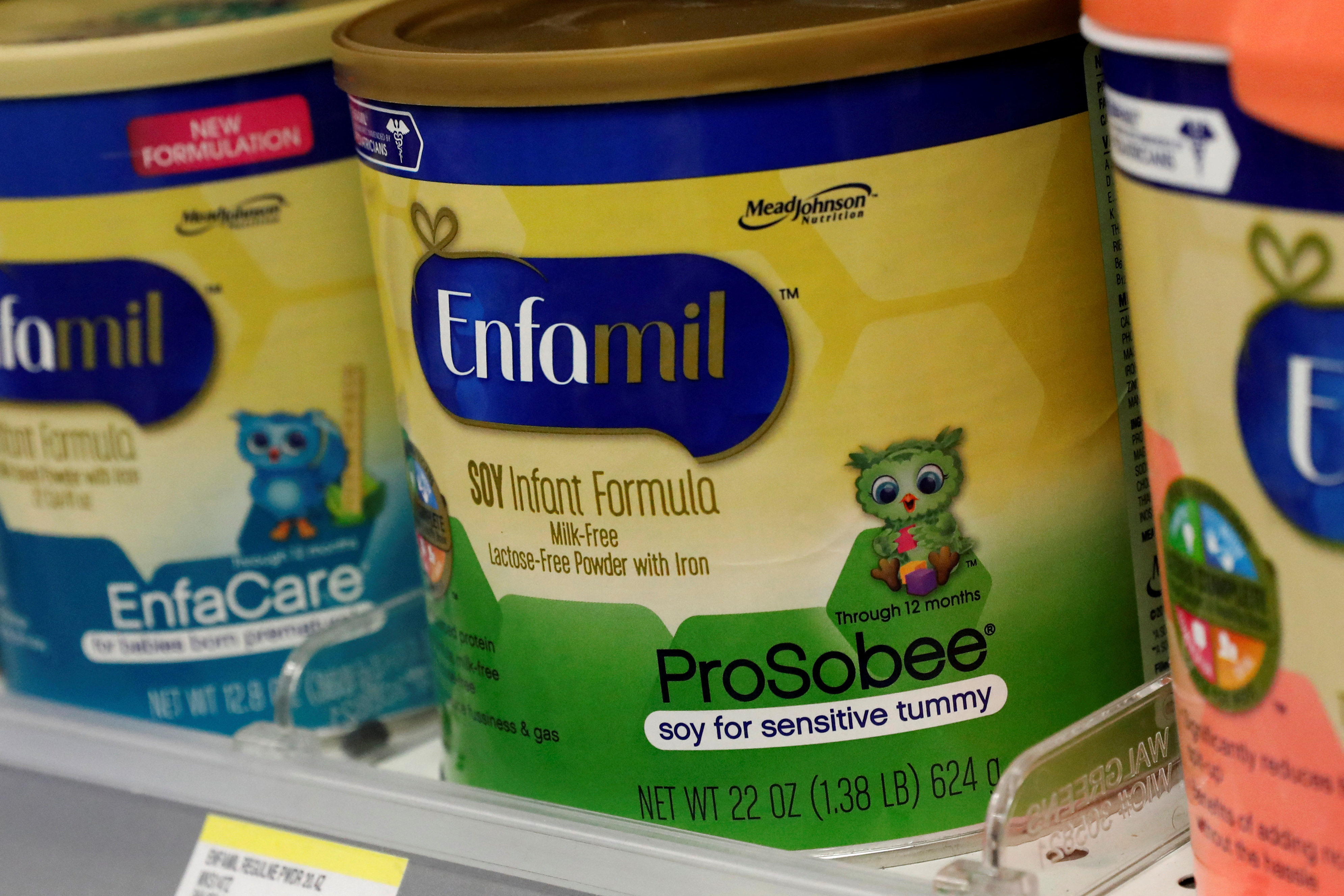