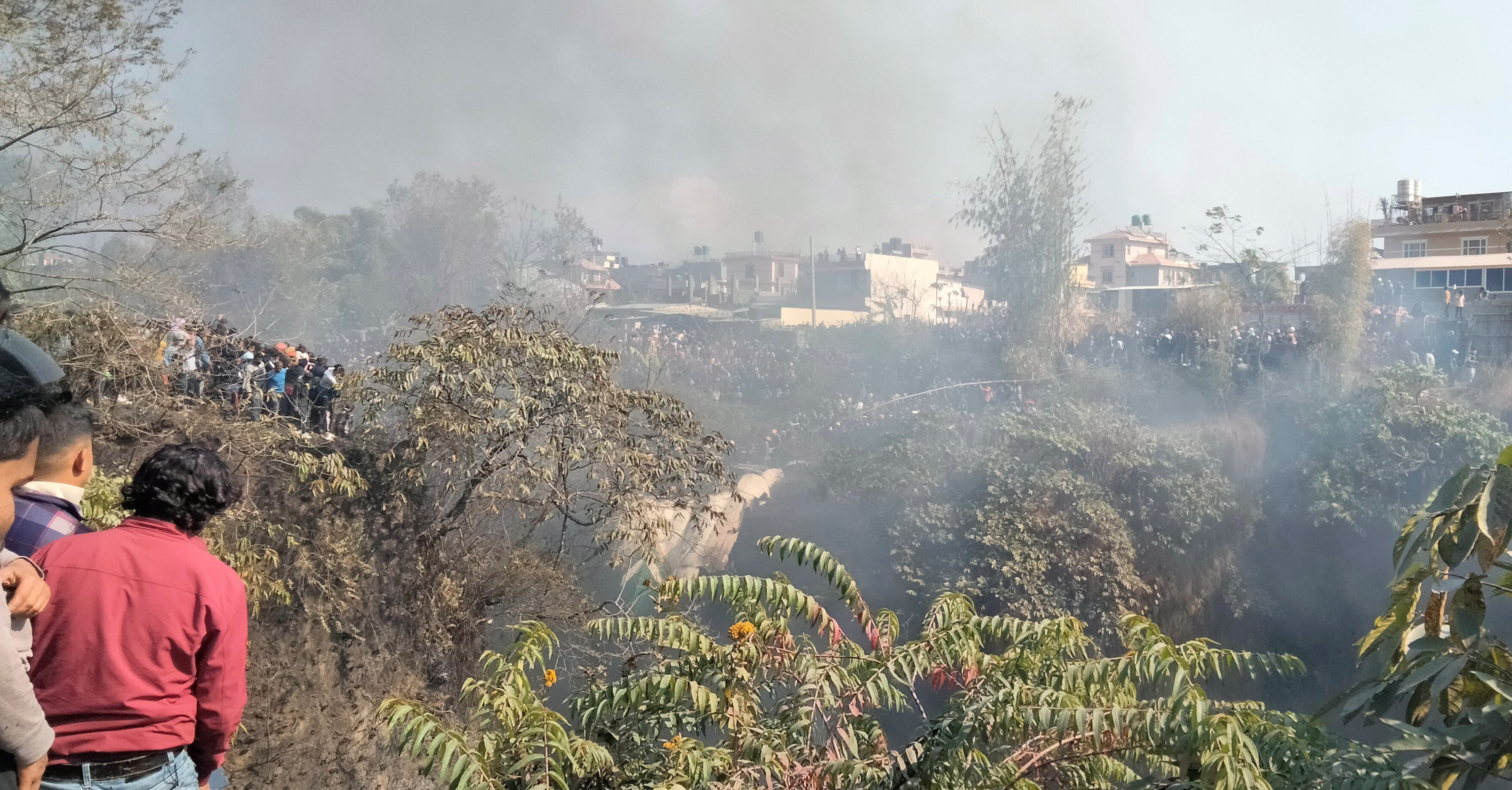 Crowd gather at the crash site of an aircraft carrying 72 people in Pokhara in western Nepal January 15, 2023. Sagar Raj Timilsina/Handout via REUTERS

Mountainous Nepal, where at least 40 people were killed on Sunday when a plane crashed in the tourist town of Pokhara, has a history of deadly air crashes.

Here are details of plane and helicopter crashes this century in the Himalayan country, where several airlines fly to small airports in remote hills and mountains shrouded in clouds and cut off from roads.

A twin-engine ATR 72 aircraft carrying 72 people, operated by Nepal’s Yeti Airlines, crashed in Pokhara, killing at least 40. Authorities said the death toll could rise as the plane had broken into pieces.

A helicopter crashed in bad weather in eastern Nepal, killing all seven people on board, including the tourism minister.

Fifty-one of 71 people on a Bangladeshi airliner died when it crashed in cloudy weather as it came in to land at the Nepalese capital’s hill-ringed airport.

A small plane crashed in bad weather, killing all 23 people on board. The Twin Otter aircraft, operated by private Tara Air, was on a flight from Pokhara.

All 18 people on a small plane that crashed in bad weather were killed.

A small plane struck a bird and crashed shortly after takeoff from Kathmandu, killing 19 people, including seven British and five Chinese passengers.

A small plane carrying foreign tourists to view Mount Everest crashed in bad weather near Kathmandu, killing all 19 people on board.

A small plane crashed in the Himalayan foothills of remote east Nepal, killing all 22 people onboard.

Fourteen people – including four Americans, a Japanese and British national – were killed when their small plane crashed in bad weather in Nepal.

Four U.N. arms monitors were among at least 10 people killed in a helicopter crash in Nepal.

A Twin Otter passenger plane belonging to a private Nepali airline crashed minutes before landing in the west of the country, killing all nine people onboard.

A plane carrying foreign tourists slammed into a mountain in bad weather in Nepal, killing all 18 people on board.

A Twin Otter passenger plane crashed in western Nepal on Thursday, killing all 25 people on board.