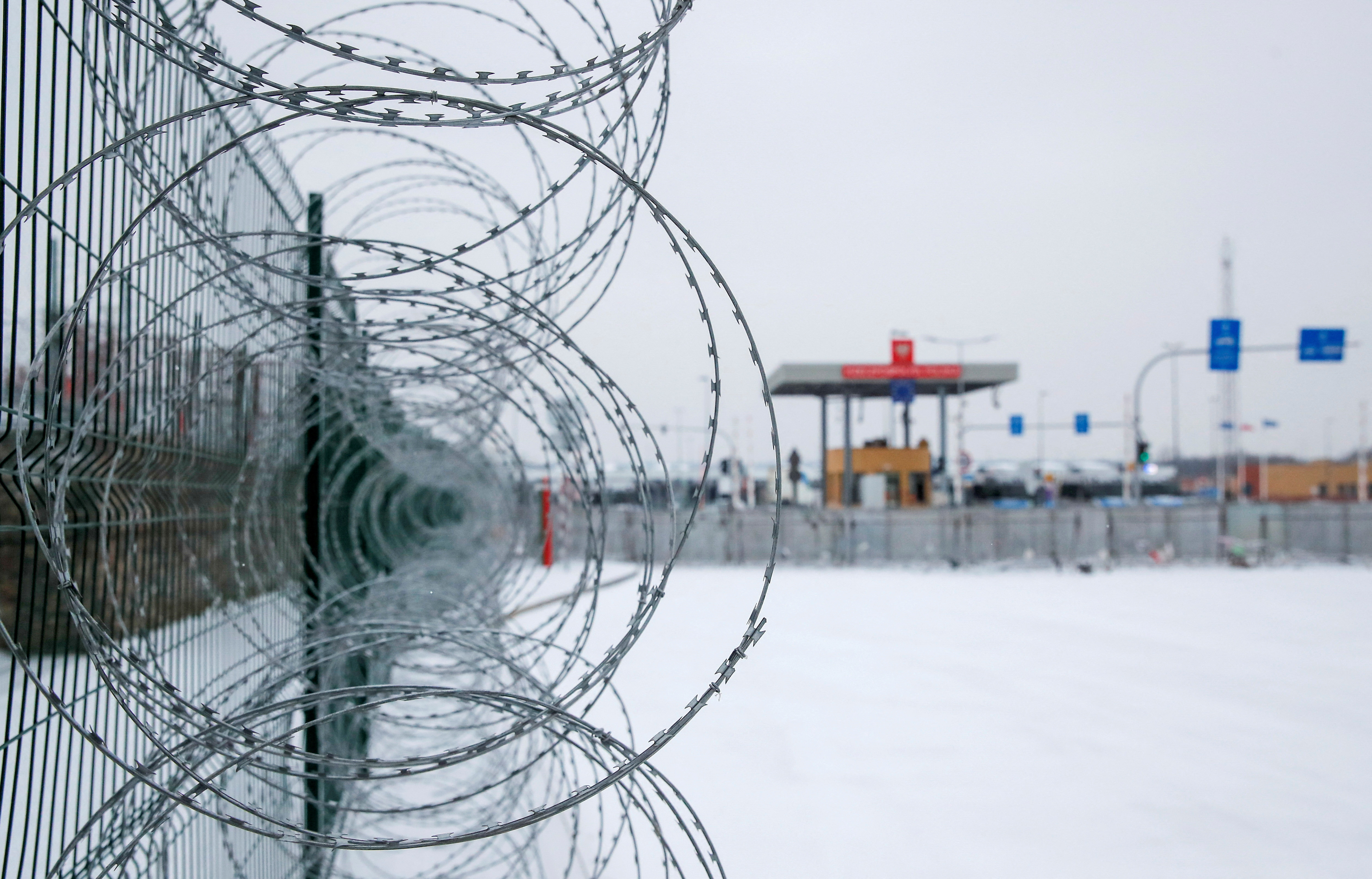 A view shows a fence at Bruzgi-Kuznica checkpoint on the Belarusian-Polish border amid the migrant crisis in the Grodno region, Belarus, December 23, 2021. REUTERS/Maxim Shemetov

Polish officials searched wetlands on the border with Belarus on Friday after three bodies were found in an area where thousands of migrants from the Middle East and Africa have been trying to enter the European Union.

The death of a Yemeni doctor near the border, where winter temperatures often fall below zero, was confirmed on Jan 7. The identity of the two others – found on Thursday and Friday – has not yet been confirmed, but they were probably migrants, according to Grupa Granica, a coalition of NGOs helping those struggling on the border.

Anna Michalska, a spokesperson of the Border Guard said soldiers on the border had told them others may have died.

“There may be more bodies so we are searching the area. The police, the border guard and the army are involved in the search,” she said.

Migrants have flocked to the border since August 2021, when Belarus, a close Russian ally, opened travel agencies in the Middle East offering a new unofficial route into Europe – a move the EU said was designed to put pressure on it.

While the travel agencies have since been closed, migrants continue heading to Belarus in the hope of crossing into EU-member Poland, which is also housing more than 1.5 million refugees from Russia’s almost year-old invasion of Ukraine.

Warsaw erected a 5.5-metre tall steel barrier equipped with electronic sensors at its border with Belarus to try to stem the flow, but it has not stopped people from coming.

The border guard has recorded 530 attempts to cross from Belarus already this year and Grupa Granica has received 121 calls for help and has given aid to 84 people.

For some, the journey has proved deadly.

Since August 2021, 14 people lost their lives on the Polish side of the border, according to the Border Guard. Grupa Granica estimates the number of deaths to be 33.