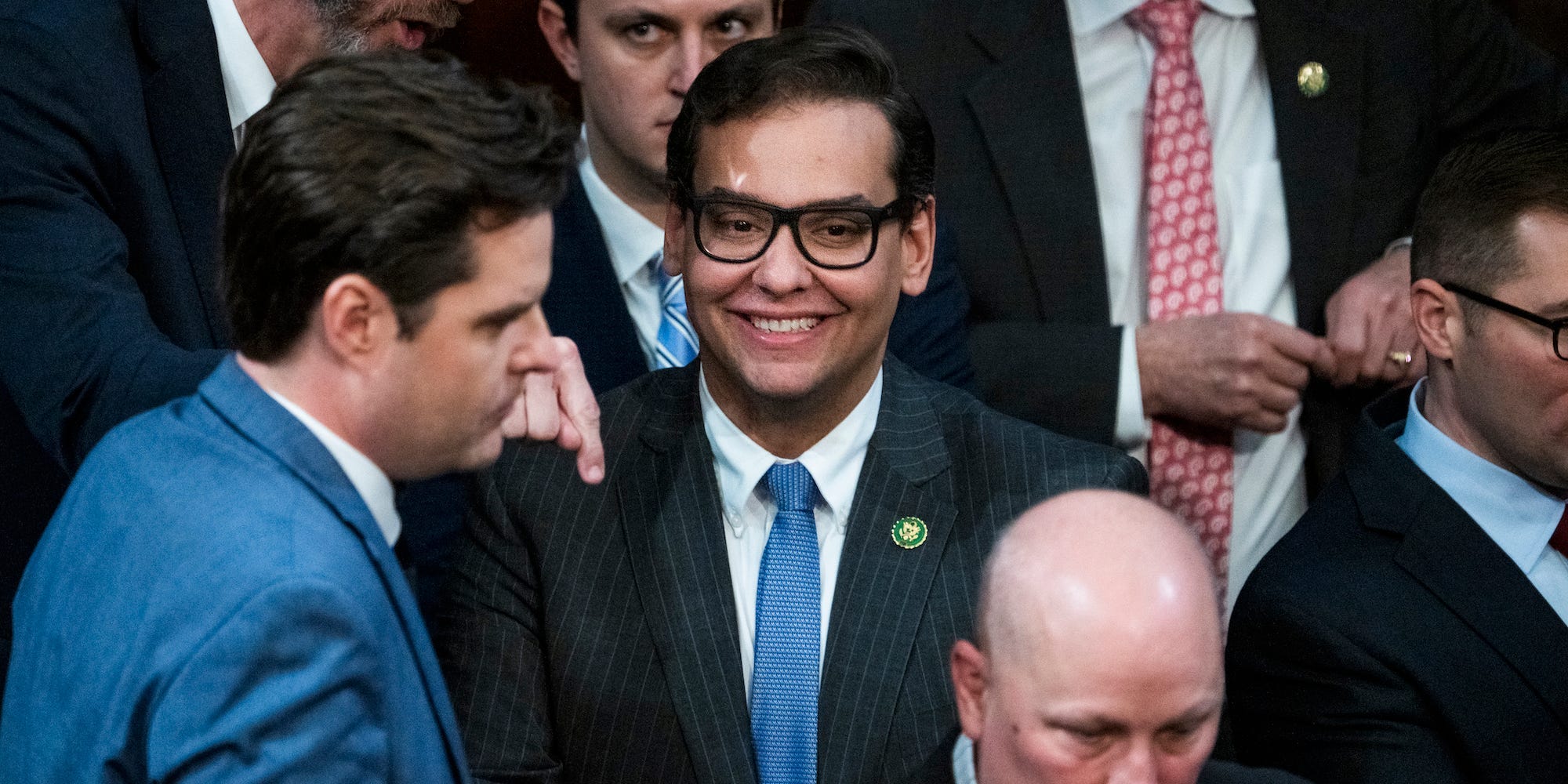 Republican Rep. George Santos of New York in the House chamber on January 4, 2023.

Rep. George Santos repeatedly sidestepped questioning from GOP colleague Rep. Matt Gaetz about the origin of the $705,000 that Santos lent his campaign.

On Thursday, Santos appeared on Steve Bannon’s “War Room” podcast, where Gaetz acted as a stand-in host for Bannon. While guest hosting, Gaetz brought on Santos and let the freshman congressman respond to the series of criticism he’s received in the short time he’s been in Congress for repeatedly lying about much of his background.

Recent reporting has also raised serious questions about Santos’ campaign finances and spending. He loaned $705,000 of his own money to his 2022 campaign, a markedly higher figure than the $55,000 salary he reported earning when he ran for Congress in 2020.

A complaint filed to the Federal Election Commission by left-leaning advocacy group End Citizens United accused Santos of obtaining the money he lent his campaign through a “shell” company or from a prohibited corporate contribution.

During the podcast interview, Gaetz asked Santos asked about the origin of the $705,000 he donated to his campaign, but Santos twice dodged the question.

“That is an answer,” Gaetz responded before trying once again to get details from Santos. “When you donated that money to your campaign is there anything else you can say about the work you did that was the origin of those resources?”

Santos again demurred and instead responded by saying he’s “lived an honest life.”

“I’ve never been accused of any bad doings. It’s the equity of my hardworking self,” Santos said before repeating the same answer as before. “It didn’t come from Burisma, it didn’t come from Ukraine, Russia, China, unlike some folks that we all know get money from those sources.”

On Wednesday, a slew of New York Republican groups denounced Santos and called for him to resign. When asked by Gaetz about the calls, Santos slammed the local GOP groups and insisted he wouldn’t resign.

“I came here to serve the people. Not politicians and party leaders,” Santos said. I was elected by 142,000 people. Until those same 142,000 people tell me they don’t want me, we’ll find out in two years.”

And as for the lies about his background — including about his religion, work experience, and education — which Santos called “embellishments,” Gaetz joked that a bevy of members of Congress exaggerated their resumes on the campaign trail.

“I would offer that if we didn’t seat people on committees who embellished their resume running for Congress, we probably wouldn’t be able to make quorum on any of those committees,” Gaetz said.

House Speaker Kevin McCarthy said on Thursday he’d seat Santos on at least one committee, though not any of the top ones. Santos told Gaetz he didn’t care which committee he was placed on.

“Whatever committee is thrown my way, I will deliver 110 percent because that’s what I know how to do,” Santos said. “I’m going to outwork any of the pundits and talking heads that are saying I should resign or am unfit for office.”