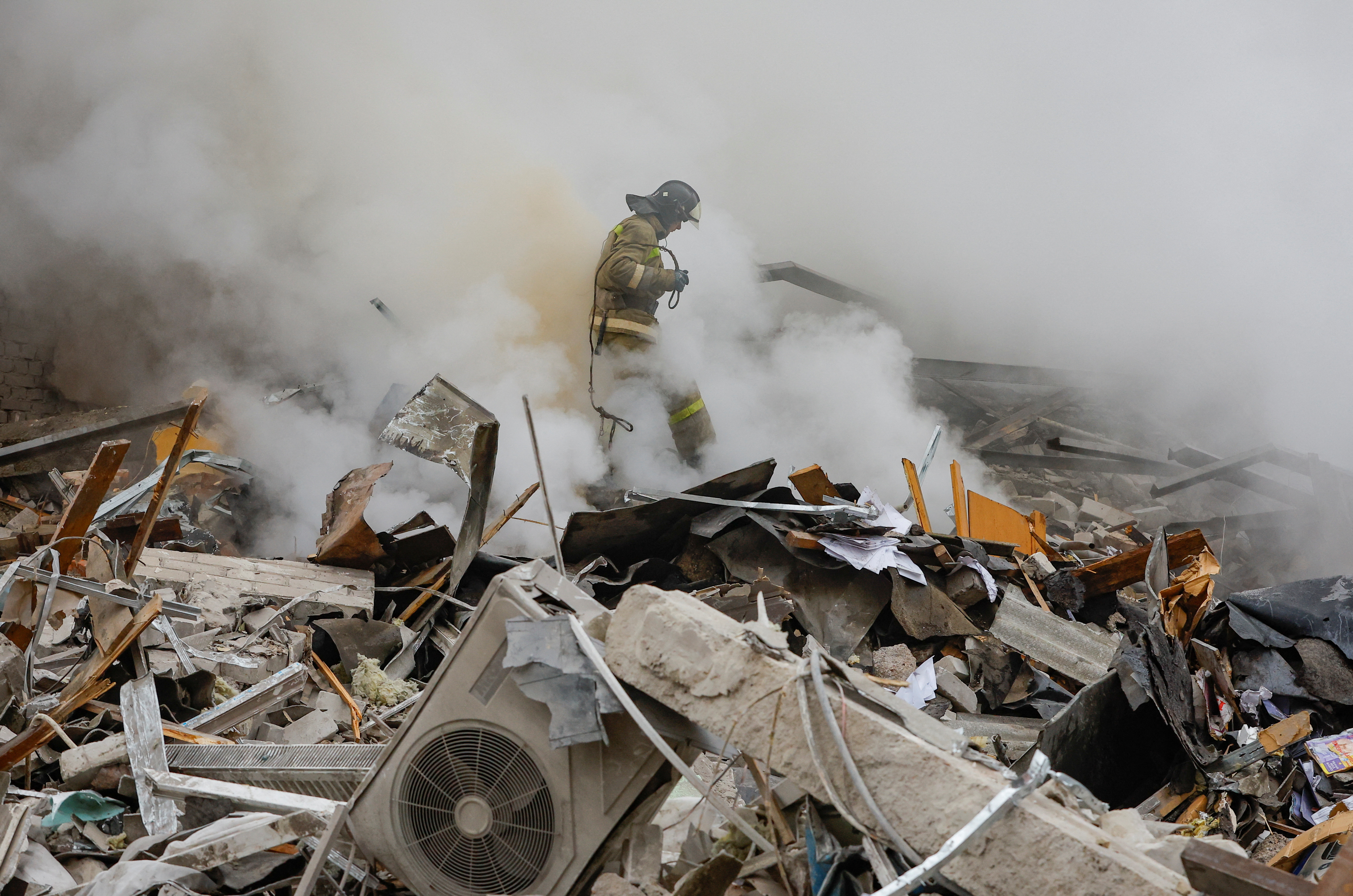 Emergency personnel work among debris at the site where a building was heavily damaged in recent shelling in the course of Russia-Ukraine conflict in Donetsk, Russian-controlled Ukraine, January 16, 2023. REUTERS/Alexander Ermochenko

German Foreign Minister Annalena Baerbock called on Monday for the establishment of a special international tribunal to prosecute Russian leaders over Moscow’s invasion of Ukraine.

What is needed is “a tribunal that can investigate the Russian leadership and put them on trial”, said Baerbock in a keynote speech at the Academy of International Law in The Hague, where the International Criminal Court is based.

The Ukrainian government is understandably concerned that Russia cannot be prosecuted for its aggression before the ICC, she said, as it can deal only with cases in which the plaintiff and the defendant are members of the court, or a case is referred by the U.N. Security Council.

Russia is not a member of the ICC, and, as one of the five world power who are veto-wielding permanent members of the Security Council, would probably block any referral to the ICC.

“We talked about working with Ukraine and our partners on the idea of setting up a special tribunal for crimes of aggression against Ukraine,” said Baerbock, adding that such a body could derive its jurisdiction from Ukrainian criminal law.

Ukraine, the European Union and the Netherlands have publicly backed the idea of a special tribunal. Russia, which calls its actions in Ukraine a “special military operation”, has denied accusations of war crimes including deliberate targeting of Ukrainian civilians, thousands of whom have been killed.

ICC chief prosecutor Karim Khan, however, has warned of the potential for legal fragmentation and said his court was in fact best placed for trials involving crimes of aggression, as member states could fix “gaps that are said to exist”.

During a news conference later in the day, Baerbock addressed Ukrainian reports of children being deported to Russia and given up for adoption there.

“Russia must account for the whereabouts of these children,” the minister said, while her Dutch counterpart Wopke Hoekstra said the children must be brought home and Russia’s practise of deporting them ended.