One of the key elements of any great house party is its guest list, which might explain why there’s no shortage of big name cameos in the new movie, House Party. The film, which releases in theaters on Friday, is a reimagining of the cult classic 1990 film of the same name, which starred rap duo Kid ‘n Play as high schoolers throwing a party while their parents are gone. While the original film and its multiple sequels always had its fair share of buzzy cameos, the 2023 remake—which stars Tosin Cole and Jacob Latimore as best friends Damon and Kevin, two aspiring party promoters who are throwing a blowout bash at LeBron James‘ Los Angeles mansion—has stacked the cast with a dizzying number of famous faces that range from rapper Snoop Dogg to James himself (probably inevitable, considering the basketball star also produced the film).

Like any true L.A. soirée, there are plenty of A-listers that make the rounds at this house party, running the gamut from actor and screenwriter Lena Waithe to entrepreneur Mark Cuban. The most special cameo of the film, however, might be the brief appearance of the original franchise stars, Kid ‘n Play, who steal the show in a zany party scene that won’t soon be forgotten.

Here are all the cameos you might have missed in House Party. 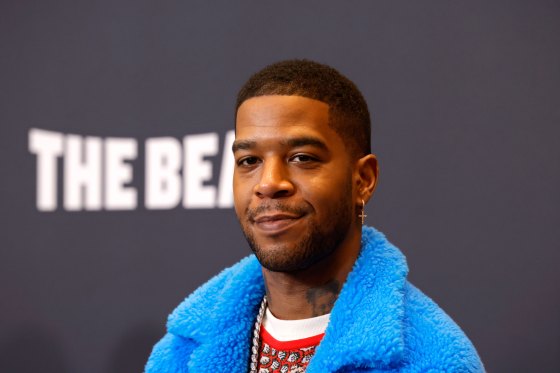 The rapper and actor Scott “Kid Cudi” Mescudi has a significant role in the film, playing a hyperbolic version of himself, alternately helping and hindering the party hosts throughout an action-packed night. While many people may associate him most with his music, Cudi has been flexing his acting chops for over a decade on both the big screen and television, appearing in projects like Luca Guadagnino’s drama series We Are Who We Are and even creating and starring in his own animated Netflix series, Entergalactic. 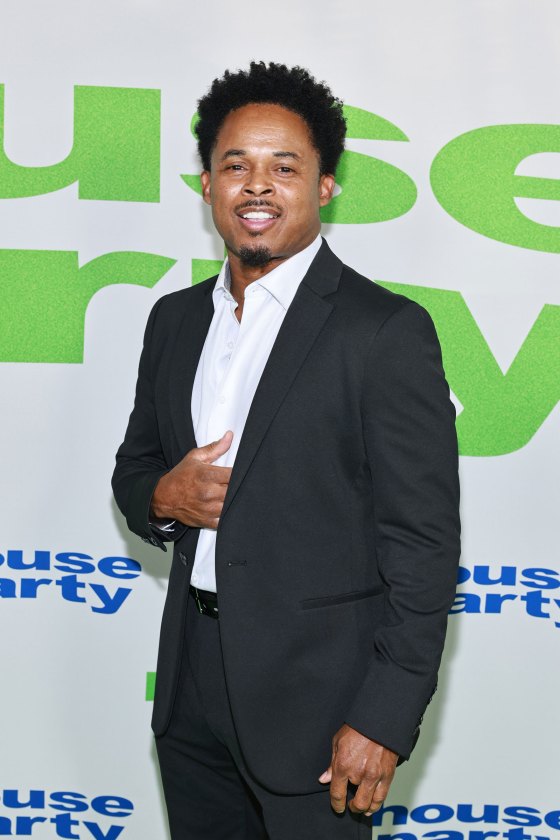 Walter Emanuel Jones rose to prominence playing Zach Taylor, the original Black Power Ranger in Mighty Morphin Power Rangers, a role that he cheekily references during his scene in House Party. During his appearance in the film, Jones, who plays himself, pokes fun at the role as partygoers recognize him. 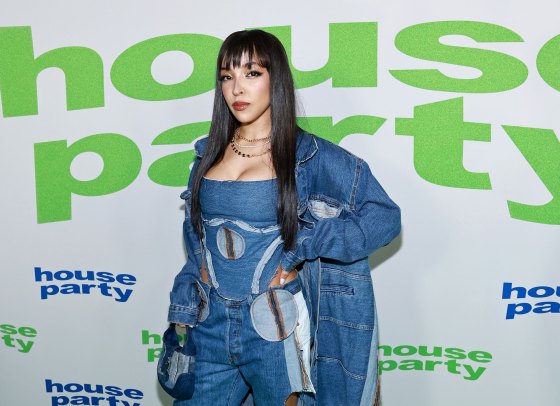 Singer Tinashe has one of the most memorable cameos in the film. Playing herself, she instigates an epic dance-off in the middle of the party, which results in her recruiting Kevin’s love interest, Venus (played by Karen Obilom) to be a dancer for her upcoming tour. 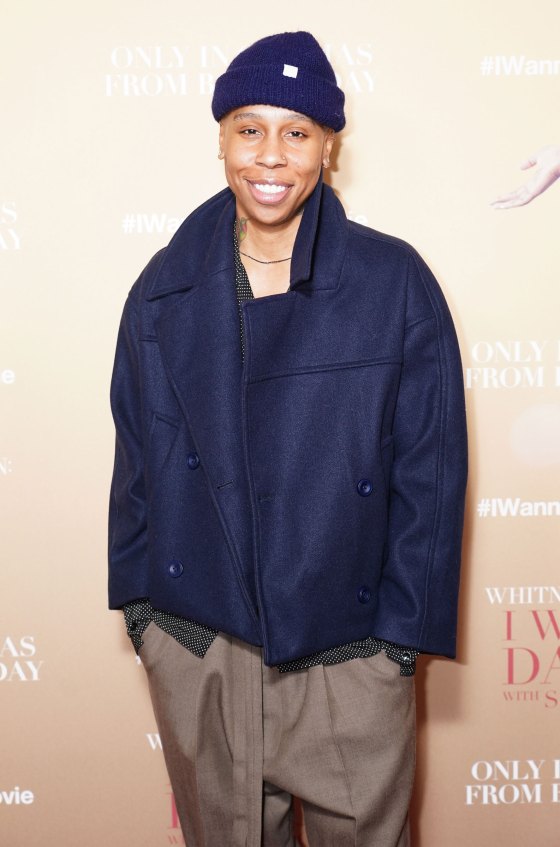 In one of the wackier scenes during the party, Lena Waithe, playing herself, is spotted in the pool house of James’ mansion, where she brainstorms ideas for a new project while smoking weed with a koala bear. While the scene is understandably absurd, we’d welcome seeing her stoned pitch come to fruition. 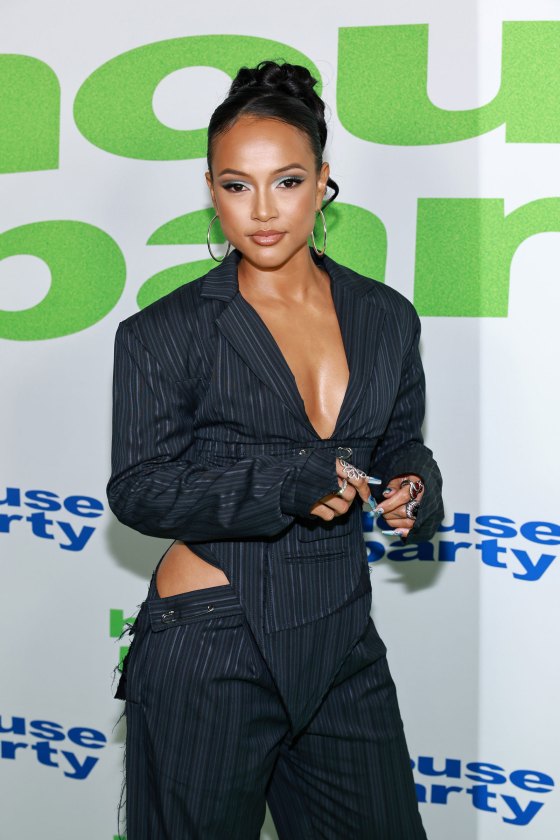 Claws star Karrueche Tran is a native Angeleno, so her cameo as herself at this house party, just makes sense. Tran appears in a scene where the party’s DJ, Vic (played by DC Young Fly), is so under the influence, he can no longer play music. 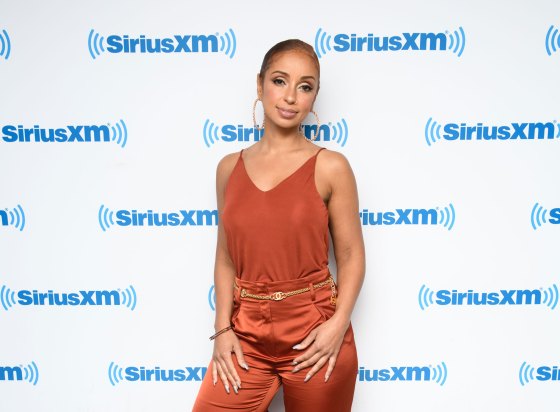 In the film, protagonist Damon harbors a longtime celebrity crush on the singer and dancer Mýa. He finally gets to shoot his shot after he invites her to his house party (with a little help from LeBron James’ address book), where she appears, as herself. 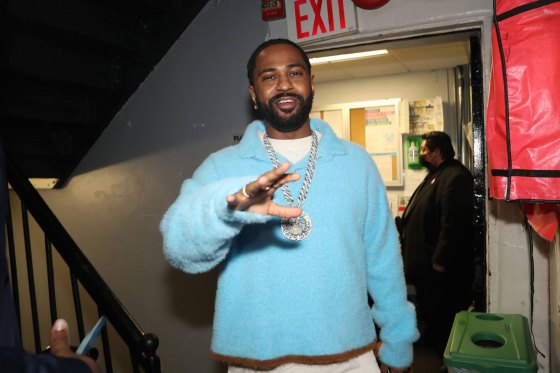 The rapper Big Sean appears as himself in the film and is instrumental in helping the protagonist Kevin find a new career. After hearing Kevin’s beats play at the party, Big Sean hires him to produce beats for his music, ensuring that Kevin can provide for himself and his daughter. 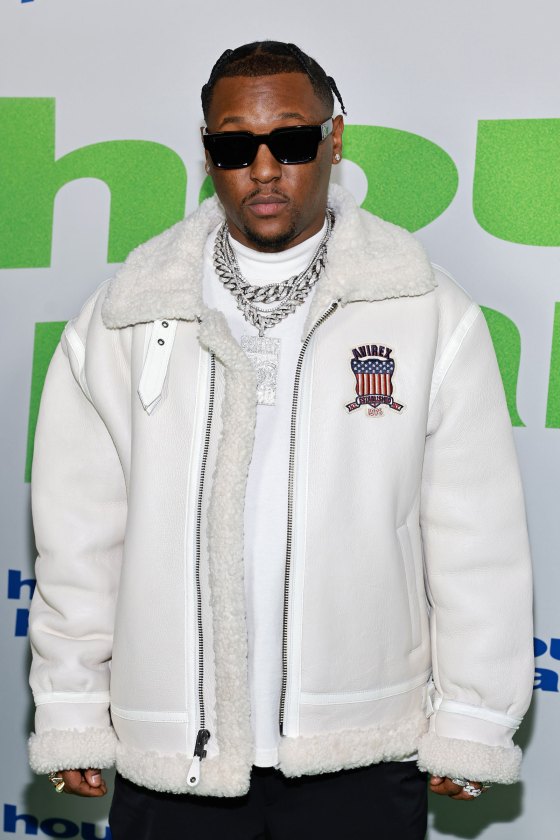 Producer Hit-Boy has made music with the likes of Beyoncé, Kanye West, and Drake, so it’s no wonder that Kevin, an aspiring music producer, is nervous to play his music in front of him at the party. While Hit-Boy, who appears as himself, is not initially impressed with Kevin’s beats, he later works with Kevin and Big Sean. 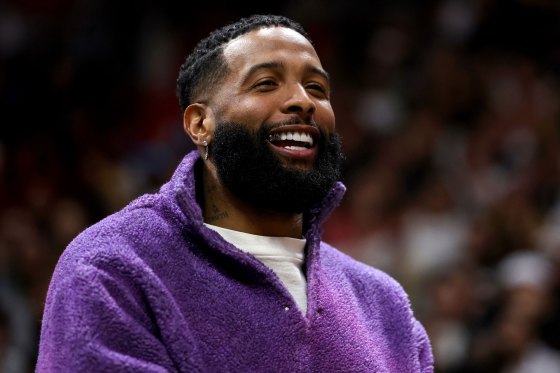 Getty Images—2022 Megan BriggsMIAMI, FLORIDA – DECEMBER 28: Odell Beckham Jr. looks on during a game between the Los Angeles Lakers and Miami Heat at FTX Arena on December 28, 2022 in Miami, Florida. NOTE TO USER: User expressly acknowledges and agrees that, by downloading and or using this photograph, User is consenting to the terms and conditions of the Getty Images License Agreement. (Photo by Megan Briggs/Getty Images)

NFL star Odell Beckham Jr. appears as himself in a scene at the raucous party, where he’s cautioned against dancing lest he injure himself before the football season starts. It’s not the first time that Beckham has had an acting role as himself; he also made an appearance as himself for the television show, Ballers. 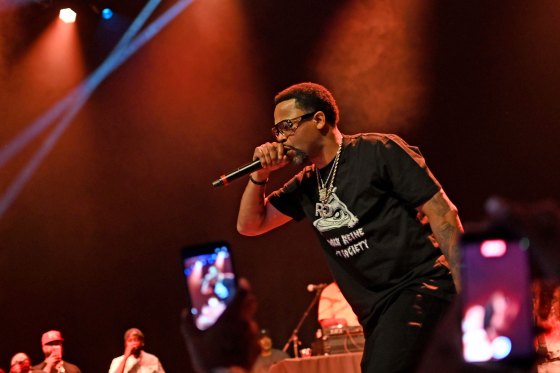 Early on in the film, Venus makes reference to an uncle who lives in New Orleans and makes music; it later turns out that her uncle is none other than the rapper, Juvenile, who makes a surprise appearance as himself at the party, where he performs “Back That Azz Up,” to an extremely enthusiastic crowd. 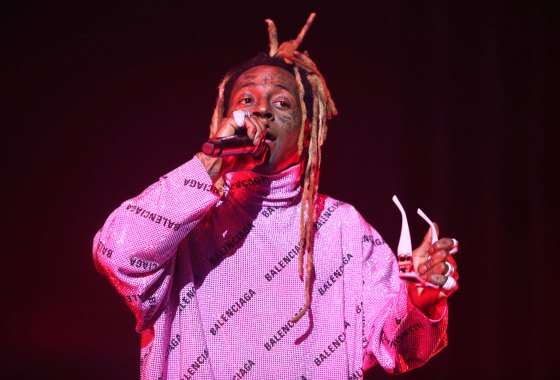 Lil Wayne makes the briefest of appearances in the film, playing himself; in the scene, he assesses the severity of a party foul that involves Odell Beckham Jr. 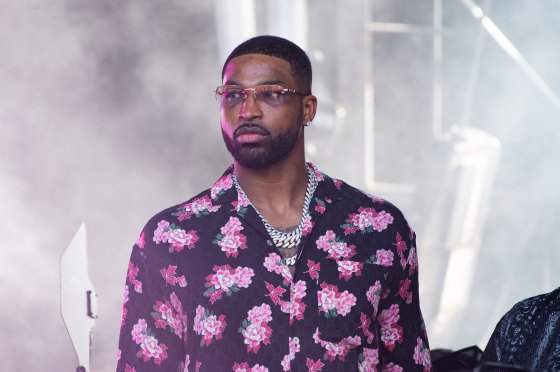 WireImage—2022 Joseph OkpakoLONDON, ENGLAND – JULY 08: Tristan Thompson watches the Giveon concert from the side of the main stage during Wireless Festival at Finsbury Park on July 08, 2022 in London, England. (Photo by Joseph Okpako/WireImage)

With the premise being a party being thrown at his former teammate’s mansion, perhaps it should come as no surprise that NBA player Tristan Thompson would make an appearance in the film. Thompson, who won an NBA championship with LeBron James in 2016 while playing for the Cleveland Cavaliers, makes his cameo in a scene where a security guard mistakes his championship ring for LeBron’s ring, which has gone missing at the party. 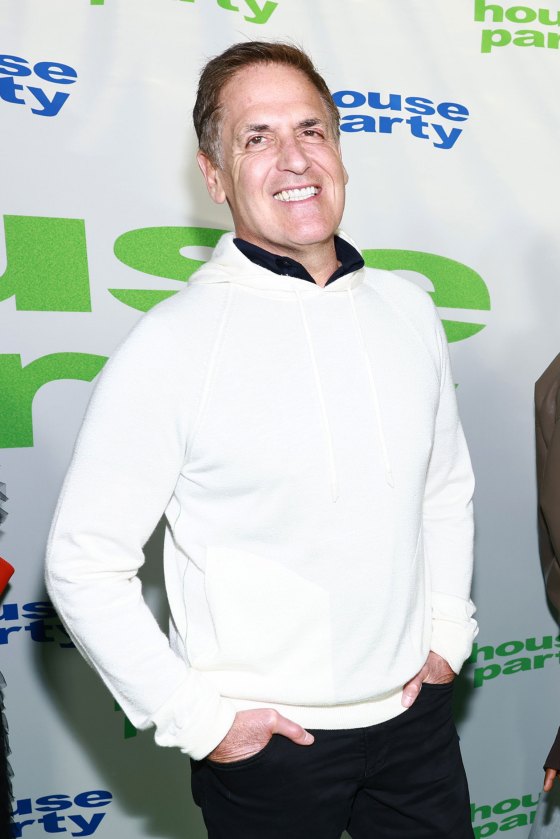 Billionaire tech entrepreneur Mark Cuban appears as himself in a scene that pokes fun at the myth of the Illuminati. In the film, Kid Cudi’s character takes Kevin and Damon to another party, this one thrown by the Illuminati, where Kevin attempts to pitch Cuban, Shark Tank-style, while mingling with other guests. 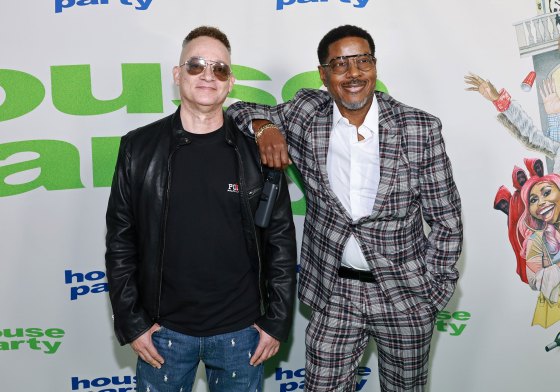 The stars of the original House Party movie make a brief, but memorable cameo in the 2023 remake at the Illuminati party, where they are recognized by Kevin and Damon. In addition to the first House Party movie, the rap duo also starred in two of the franchise’s sequels and appeared on the television show, Martin. 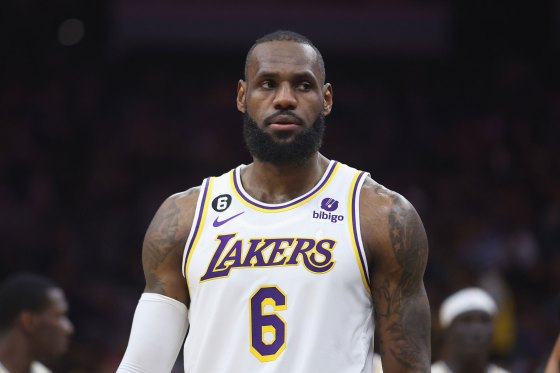 Getty Images—2023 Lachlan CunninghamSACRAMENTO, CALIFORNIA – JANUARY 07: LeBron James #6 of the Los Angeles Lakers looks on in the second quarter against the Sacramento Kings at Golden 1 Center on January 07, 2023 in Sacramento, California. NOTE TO USER: User expressly acknowledges and agrees that, by downloading and/or using this photograph, User is consenting to the terms and conditions of the Getty Images License Agreement. (Photo by Lachlan Cunningham/Getty Images)

The mythology surrounding King James looms large over this film, as not only a producer and co-star in the film, but especially because the movie’s premise revolves around a rowdy house party thrown in James’ L.A. mansion while he’s away on a meditation retreat. While James has shown off some serious comedic chops in movies like Trainwreck, in House Party, he plays a straight man version of himself, understandably peeved when he comes home to an unauthorized house party in his mansion, but not so annoyed that he can’t obliterate Damon’s ego in a game of one-on-one. 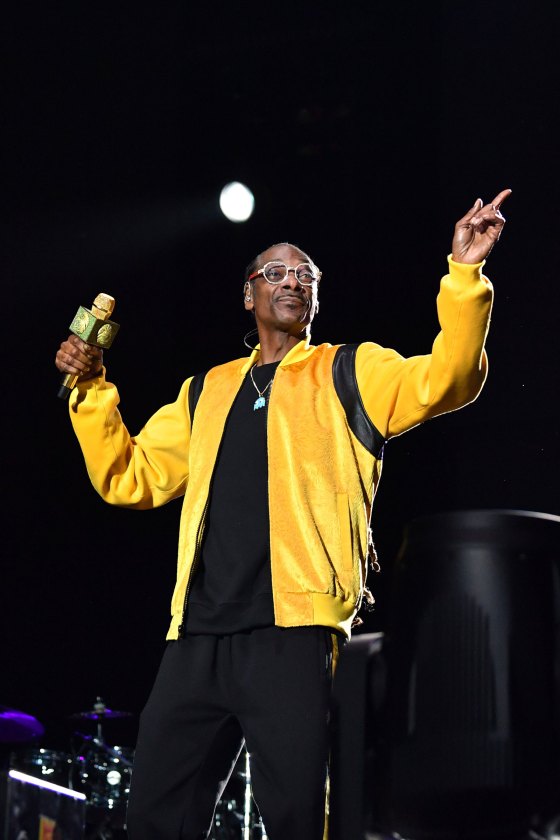 As everyone’s favorite party guest, perhaps it should come as no surprise that Snoop Dogg would make a cameo in House Party. The Doggfather appears in a scene where LeBron, after registering the surprise of a house party at his home during his absence, admonishes Snoop for smoking indoors. 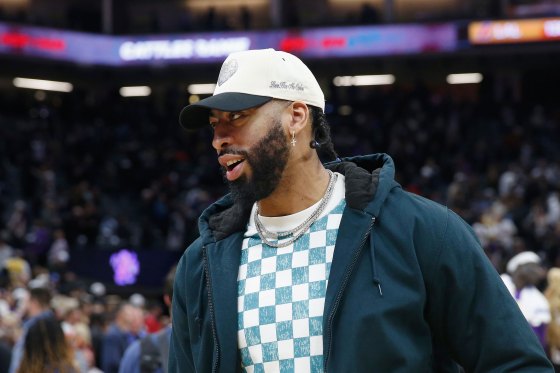 Lachlan Cunningham—Getty ImagesAnthony Davis of the Los Angeles Lakers looks on after the game against the Sacramento Kings at Golden 1 Center on Jan. 7, 2023 in Sacramento, Calif.

Anthony Davis’ close friendship with LeBron is well-established; not only did James help the Los Angeles Lakers acquire Davis in 2019, but he was also featured prominently in James’ first SpringHill Company production, Space Jam: A New Legacy, where he was part of the Goon Squad. 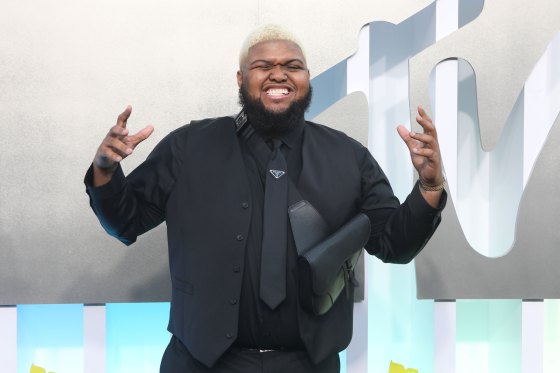 Comedian and internet personality Drew “Druski” Desbordes makes a small but significant cameo towards the end of the film. After LeBron shows up to his party-wrecked house, Desbordes is one of the revelers who greets him at his front door.