Major cities across the U.S. reported dozens of shooting incidents and homicides over the 4th of July weekend.

While the deadliest shooting over the holiday weekend occurred on Monday in a suburb about 45 minutes north of Chicago — when a gunman opened fire from a rooftop onto a parade and left seven people dead and more than 30 others injured — other shootings within Chicago and other major U.S. cities also left dozens dead or injured.

“July 4th always tends to be pretty bloody, not just in New York but also elsewhere,” Joseph Giacalone, a retired New York Police Department detective sergeant and current professor at the John Jay College of Criminal Justice, told Fox News Digital. “The only thing I can put my finger on is that people who use illegal guns or fire them off try to mask it through the fireworks that go on.”

He added that warmer weather, more social activity outside and parties involving drugs and alcohol are all factors that may contribute to 4th of July violence. 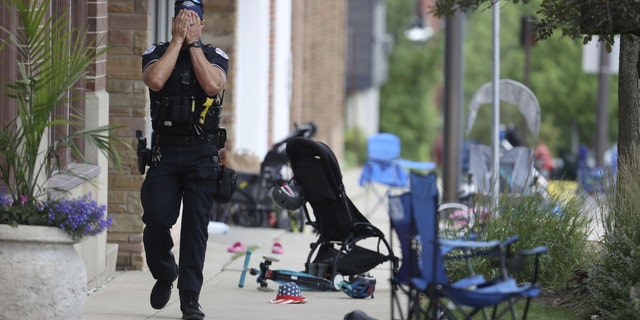 On July 4, a gunman opened fire from a rooftop in Highland Park, Illinois, onto a parade, killing seven people and injuring more than 30 others. (Brian Cassella/Chicago Tribune/Tribune News Service)

“Most of the shootings that we have here in New York City are done by teenagers, anywhere from 13 to 18, 19-year range. That’s probably the bulk of it,” Giacalone said. “Some of it might be gang-related. Some of it might be drug-related. … It’s a little hard to pinpoint exactly what the causes are. It just seems to be a lot of guns in the street with little fear of the criminal justice system.”

Within Chicago, 81 victims were shot, including 12 fatally, between Friday morning and Monday evening, according to data from the Chicago Police Department (CPD).

Counting only Friday evening through Monday evening, 68 victims were shot, and eight were killed.

The shooting incidents include three mass shootings — two of which occurred on Friday and left a total of nine people injured and two people dead. On Monday, a third mass shooting on the 6500 block of Martin Luther King Drive left five male victims injured, including one 17-year-old and two 19-year-olds. 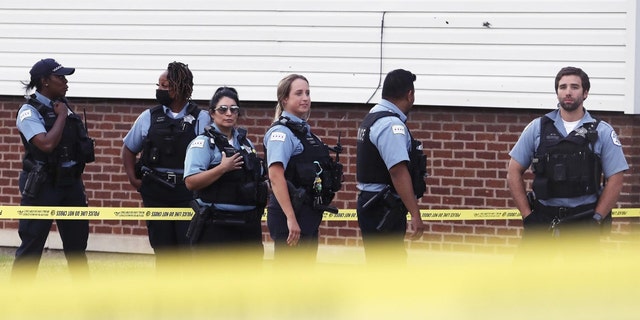 Within Chicago, 81 victims were shot, including 12 fatally, between Friday morning and Monday evening, according to data from the Chicago Police Department (CPD).  (Terrence Antonio James/Chicago Tribune/Tribune News Service)

On Sunday, a 10-year-old boy was shot while sitting in his bedroom after a suspect fired several rounds “through the siding of the house,” striking the boy in the ankle and the buttocks, according to police. Authorities transported him to a nearby hospital, where he remains in good condition.

A 17-year-old victim was also shot Sunday when an unidentified male offender tried to rob him. When the victim refused, the suspect fired three rounds before fleeing the scene on a bicycle, according to CPD.

Chicago has a population of about 2.7 million.

In New York City between Friday and Monday, 52 victims were shot, and nine people were killed, according to New York Police Department (NYPD) statistics. That’s compared to 32 victims shot and eight killed between the same days in 2021.

On Friday around 3 p.m., police responded to reports of a shooting in Upper Manhattan, just north of Harlem, and discovered 17-year-old Calvin Aaron, who had been shot multiple times in the back. Authorities transported him to a hospital, where he was pronounced dead. 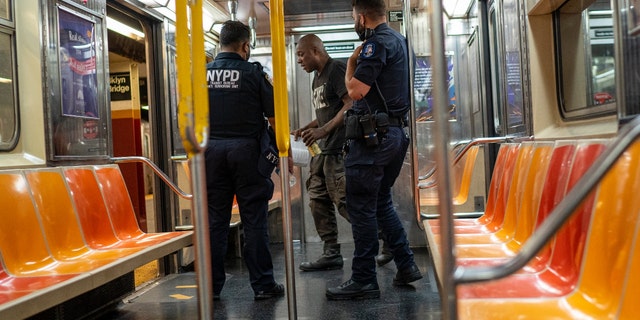 In New York City between Friday and Monday, 52 victims were shot, and nine people were killed, according to New York Police Department (NYPD) statistics. That’s compared to 32 victims shot and eight killed between the same days in 2021.  (Robert Nickelsberg)

Aaron’s family told The New York Daily News that he had been walking to a public school in Harlem when he was shot, adding that he was in the “wrong place at the wrong time.”

Four people were injured during a Monday shooting in Queens that left one male victim with a gunshot wound to the shoulder and two other male victims, as well as one female victim, with gunshot wounds to the feet.

Another Monday shooting occurred during daylight hours in the trendy SoHo neighborhood. A 27-year-old man was parked in his gray Honda outside a Dior shop after 5 p.m. when he was shot in the arm. Authorities transported the victim to a hospital.

New York City has a population of about 8.4 million.

More than a dozen shooting victims were injured and eight were killed in Philadelphia between Monday and Friday, according to the Gun Violence Archive.

The Philadelphia Police Department did not immediately provide data for shooting incidents that occurred over the weekend.

Two Philadelphia police officers were shot during a 4th of July celebration, including a 36-year-old Philadelphia Police Highway Patrol officer and a 44-year-old member of the Montgomery County Bomb Unit, who have since been treated and released from hospitals. The shooting occurred shortly before 10 p.m. at the Wawa Welcome America Festival.

One of the officers wounded in the shooting found the bullet still lodged in his hat and was taken to Jefferson University Hospital. Authorities have not yet arrested a suspect and no persons of interest have been identified.

Philadelphia has a population of approximately 1.6 million.

BPD officers made more than 90 arrests over the weekend, including two attempted murder arrests and 11 handgun arrests. The department noted that there were also 36 confirmed robbery incidents between Friday and Monday. Officers made five robbery arrests, 54 aggravated assault arrests and two stolen auto arrests.

“The BPD worked in close collaboration with our law enforcement partners in supporting and monitoring large scale events, including the Cherry Hill Arts & Music Festival and 4th of July Fireworks festivities. There were no significant reported incidents related to Independence Day celebrations over the holiday weekend,” BPD said in a press release Tuesday. 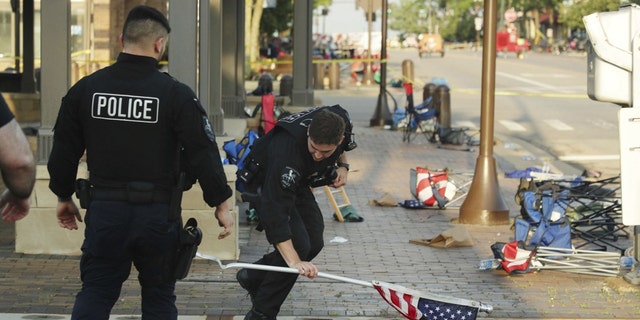 Giacalone said the “amount of radio calls on July 4th are astronomical” compared to regular days or other major U.S. holidays.

“Most of the days in busy precincts like the Bronx or Brooklyn, on a normal day, you might feel 10 to 15 jobs. [Over] July 4th weekend… you might have 30 or 40,” he explained. “Everybody calls in what they think are gunshots and… it could be just fireworks or by the time the cops get there, there’s no one there to be found. So, it’s a tough day. It wears on you all day long where you’re just running from job to job.”