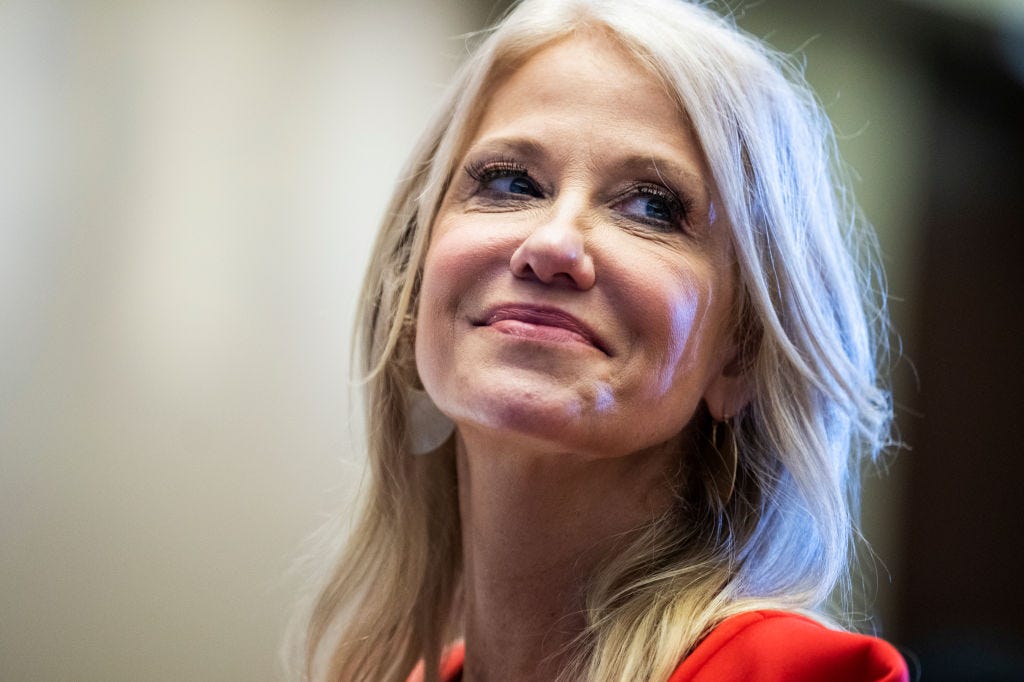 Former Trump White House senior counselor Kellyanne Conway in a recent opinion piece said it was “ridiculous” that some states allowed voting “nearly two months before Election Day” as part of coronavirus-related measures in 2020, but argued that the Republican Party must embrace the reality of early voting in order to survive.

Conway, a veteran pollster who managed former President Donald Trump’s successful 2016 White House campaign, in a New York Times essay presented the case for and against a second term for the ex-president, who launched his third White House bid late last year.

In the essay, Conway noted that Trump had experienced a decline in support from Independents and white college-educated from 2016 to 2020 — blocs that provided critical votes to now-President Joe Biden in tightly-contested swing states like Arizona, Georgia, Pennsylvania, and Wisconsin in the latter election.

And she also pointed out the growing importance of early voting, which has soared in popularity across the country and has been wholly supported by Democratic candidates — who have encouraged voters to come out to cast ballots using this method. Trump, however, has long alleged — without proof — that early and mail-in balloting is rife with fraud.

But after the 2022 midterms — which saw Republicans vastly underperform relative to expectations — some strategists within the party have said that Trump’s crusade against early voting may very well have cost them critical levels of support in states where they’ll need to boost their standing ahead of 2024 to have any chance of defeating Biden and securing a majority in the United States Senate.

“Republicans must … invest in and be vocal about early voting,” Conway wrote in the essay. “This is a competition for ballots, not just votes. As ridiculous as it was to vote nearly two months before Election Day and count the votes for three weeks thereafter, some of the state-based Covid-compelled measures for voting are now permanent.”

“If these are the rules, adapt or die politically,” she added.

“People are saying, ‘We need a new message.’ Let me just say something respectfully to the 49 Republican senators: Where were most of you? Why weren’t you in Georgia?” she asked during an appearance on Fox News.

Conway also reiterated that the GOP must figure out a way to incorporate early voting into their turnout strategies going forward.

“We need to bank these votes early,” she continued to say while on Fox. “We’re taking a big chance somebody can get off work, out of the house, out of traffic, not feeling sick that day. If you can bank their votes in October, let’s do it.”