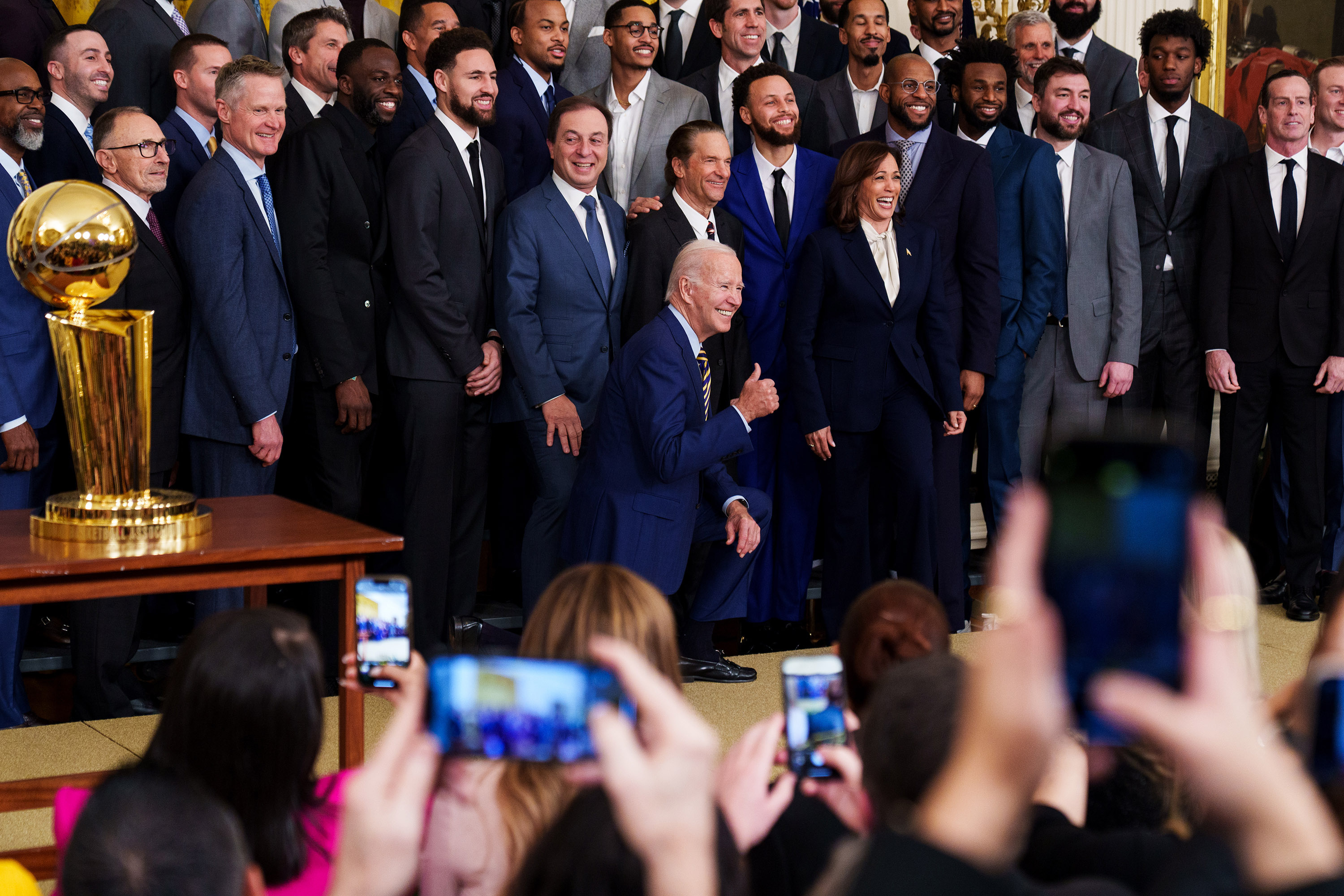 WNBA star Brittney Griner and gun control were on the agenda as the Golden State Warriors visited the White House on Tuesday, celebrating their fourth championship title in eight seasons with U.S. President Joe Biden.

The Warriors overcame the Boston Celtics 4-2 in the NBA Finals last year, cementing their legacy as one of basketball’s all-time great dynasties, after also hoisting the trophy in 2015, 2017 and 2018.

But it was the first time that a sitting U.S. president had received the team since Biden’s fellow Democrat Barack Obama in 2016, after Republican former President Donald Trump revoked their invitation in 2017 and declined to extend one a year later.

Klay Thompson and other members of the team chuckled and looked down sheepishly as Biden said, “Let me just say that the Golden State Warriors are always welcome in this White House,” adding emphasis to “this.”

The Warriors’ title win in June capped a remarkable turnaround for the franchise, after the previous two seasons had ended in disappointment.

“You struggled in 2020, missed the playoffs in ’21 and critics wondered if this team was gone for good as a championship team,” said Biden, who twice before unsuccessfully ran for president.

“Fellas, I know what it feels like. I’ve been there.”

Finals MVP Steph Curry told reporters that he thanked Biden for bringing home Griner, after the Phoenix Mercury star was released in a prisoner swap in exchange for arms dealer Viktor Bout following months of detention in Russia, a move Republicans criticized.

“(It was) a great opportunity for us, from the basketball community, to thank President Biden and his staff for all their hard work and diligence on getting Brittney Griner home,” said the eight-times All-Star.

“It means a lot to know she’s here, at home, safe with her family.”

Kerr famously made an impassioned plea for stricter gun control after the school shooting in Uvalde, Texas, last year.

“Learned a lot about what this administration is doing to help create a safer environment in our country,” said Kerr.

“It’s a great day on many fronts.”