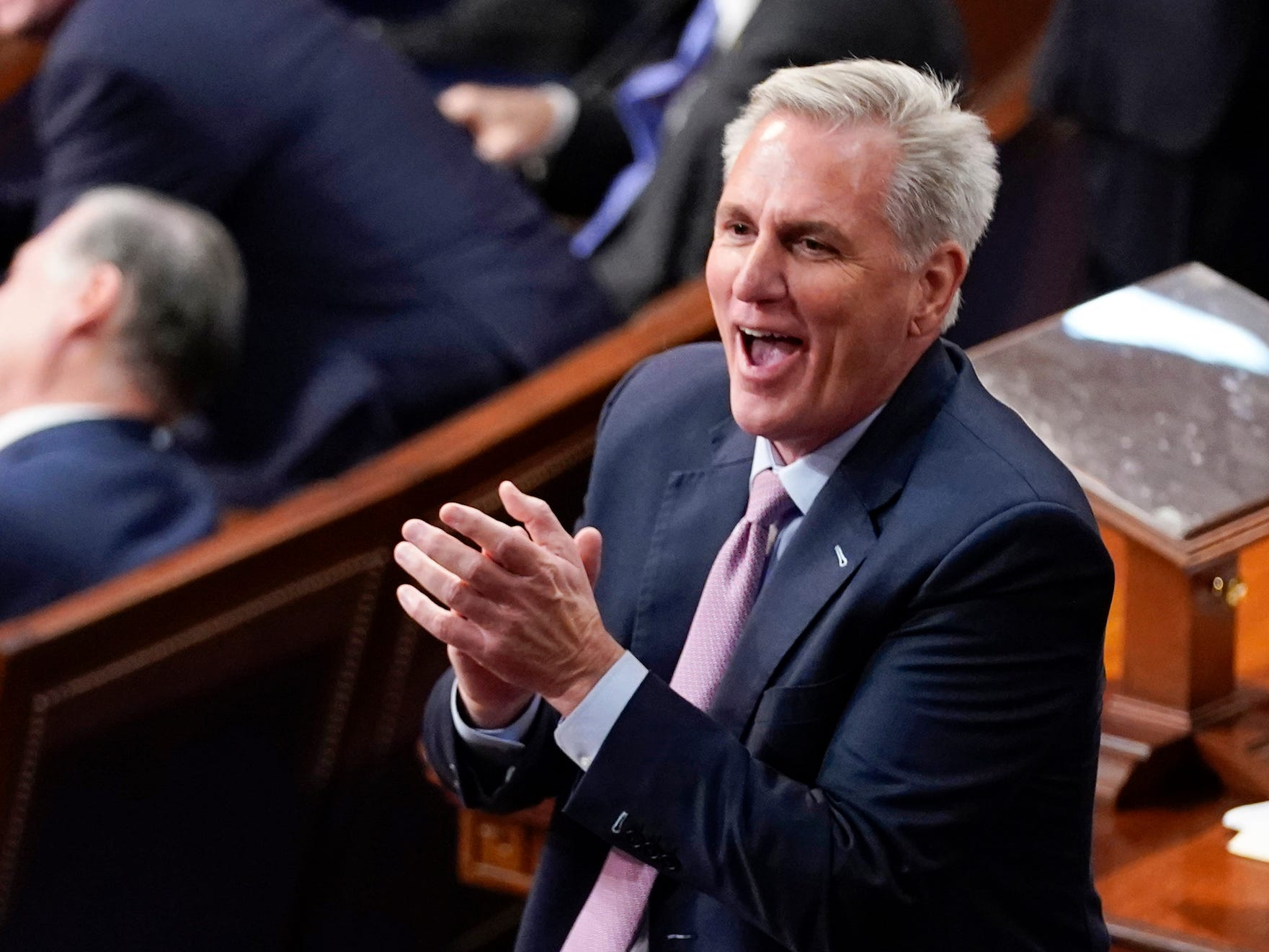 Rep.-elect Kevin McCarthy smiles during a speakership vote on January 6, 2023.

If House Republicans get their way, you might not have to pay any federal income tax. But don’t get your hopes up — even in the unlikely event that their proposal passes a divided Congress and gets signed by a Democratic president, it would mean tax hikes for the lowest-income Americans.

The House of Representatives is planning to vote on a Republican bill that would abolish the national income tax, payroll tax, and estate tax and replace it with a single national consumption — or sales — tax on the purchase of goods and services. If passed, the Fair Tax Act would implement a 23% consumption tax on gross payments and also eliminate the IRS, which supporters say would no longer be needed.

Supporters of the legislation, which was first introduced in Congress in 1999, say it will simplify the tax code and help small businesses.

“Instead of adding 87,000 new agents to weaponize the IRS against small business owners and middle America, this bill will eliminate the need for the department entirely by simplifying the tax code with provisions that work for the American people and encourage growth and innovation,” Georgia Rep. Buddy Carter, who introduced the legislation Tuesday, said.

“This transforms the US tax code from a mandatory, progressive, and convoluted system to a fully transparent and unbiased system which does away with the IRS as we know it,” Virginia Rep. Bob Good said. “It is good for our economy because it encourages work, savings, and investment.”

Republican leader Kevin McCarthy, who recently emerged from a days-long vote to become House speaker, reportedly agreed to allow a vote for the bill as part of a deal cut with the House Freedom Caucus, a group of Republican lawmakers whose votes against him in the first several ballots were largely responsible for the delay in his election.

President Biden, however, “adamantly opposes” the bill, White House deputy press secretary Andrew Bates said in a statement, adding that it would “shift the federal tax burden onto the American middle class and working people.”

“The President’s top priority is to make more progress cutting costs for the American people, who broadly support his efforts to have multinational corporations and the richest taxpayers pay their fair share,” Bates said. “We need to fight inflation together and stand up for working families, not worsen inflation and then raise taxes on everyone but the top as the result of a backroom deal.”

But while there is a chance it wins support in the House, it is expected to have a near-zero percent chance of passing in the Democrat-controlled Senate. And Biden said he’d veto any legislation like it if it did land on his desk.

“Go home and tell your moms, they’re going to be really excited about that,” Biden said of the national sales tax proposal in Thursday remarks.

Critics say replacing the national income tax with a consumption tax would be highly regressive and shift the country’s tax burden from higher-income Americans to middle- and working-class taxpayers. That’s because wealthy individuals tend to spend a smaller percentage of their income than lower-income consumers on the types of goods and services that would be taxed under the proposal, and as a result, could pay a lower share of their income in taxes than the poor under a consumption tax system.

It’s not the first time the GOP House has taken aim at the IRS. Their first economic proposal was to revoke the $80 billion in funding for the tax agency from Democrats’ Inflation Reduction Act. The nonpartisan Congressional Budget Office found that legislation would actually add over $100 billion to the deficit.

Home » Audio Sources - Full Text Articles » No, the GOP isn’t going to abolish income tax — or the IRS
a