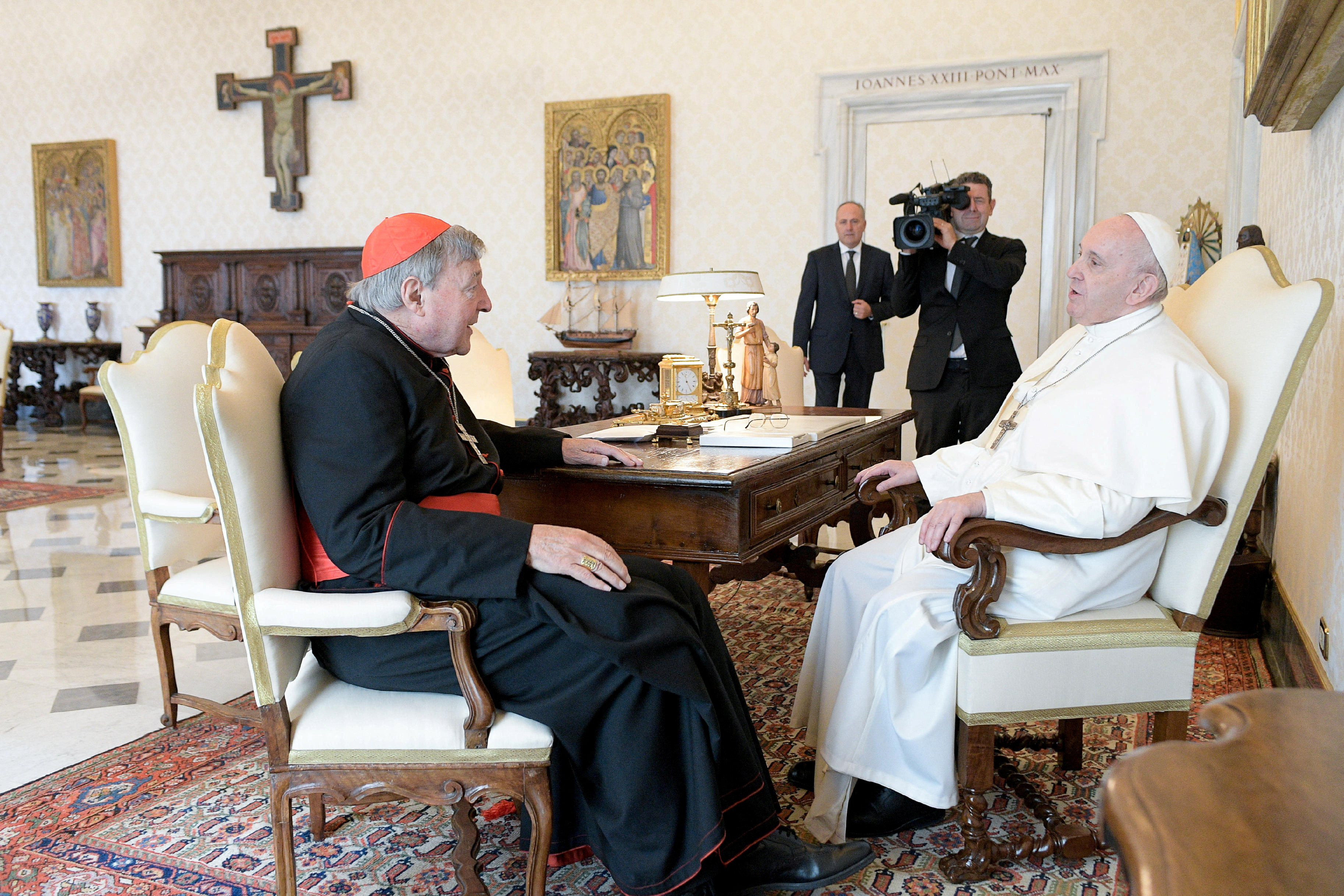 The late conservative Australian Cardinal George Pell was the author of an anonymous memo condemning Pope Francis’ papacy as a “catastrophe” where political correctness held sway while global wrongs were ignored, says the journalist who published it.

Released last year under the pseudonym “Demos” – Greek for populace – the document accuses the pope of silence on moral issues, including the German Catholic Church’s openness to the LGBTQ community, women priests and communion for the divorced.

“Commentators of every school, if for different reasons … agree that this pontificate is a disaster in many or most respects; a catastrophe,” the memo begins.

“Decisions and policies are often ‘politically correct’, but there have been grave failures to support human rights in Venezuela, Hong Kong, mainland China, and now in the Russian invasion,” it adds.

“These issues should be revisited by the next Pope. The Vatican’s political prestige is now at a low ebb.”

“He wanted me to publish it,” Magister told Reuters on Thursday.

Pell, 81, who spent more than a year in jail before being acquitted of sexual abuse allegations in his native Australia, died on Tuesday night in a Rome hospital of heart failure.

Father Joseph Hamilton, Pell’s personal secretary, declined to comment on Magister’s report, saying in a text message that he was “more preoccupied by my grief”.

Vatican spokesperson Matteo Bruni said he had no comment.

Pell appeared to like the more liberal-minded Francis personally, but not how he ran the Church. Francis supported Pell privately during the abuse saga and on the day of the acquittal offered Mass for all who suffer unjust sentences.

Magister said Pell was a frequent visitor to his home and during one visit the late cardinal showed him the English-language text he wanted to circulate among cardinals.

The general treatment of many subjects discussed in the memo is similar to the way Pell spoke of them in public, including in an interview with Reuters in 2020. But the document, written with a view to the election of the next pope, becomes more personal and scathing, including naming specific people.

The author asserts that “Christ is being moved from the centre” under Francis’ papacy, adding that “the Christo-centric legacy of St. John Paul II in faith and morals is under systematic attack”.

He accuses one cardinal from northern Europe of being “explicitly heretical” on Church teachings about sexuality and laments the “active persecution” of traditionalist Catholics.

“The political influence of Pope Francis and the Vatican is negligible. Intellectually, Papal writings demonstrate a decline from the standard of St. John Paul II and Pope Benedict,” the author writes.

The memo shows particular familiarity with the Vatican’s financial situation, which occupies about 25% of the document. Pell was the Vatican’s economy minister from 2014-2017.

In a section under the heading “The Next Conclave”, the author writes that the College of Cardinals “has been weakened by eccentric nominations,” an apparent reference to Francis naming cardinals from far-flung places with relatively few Catholics, such as Mongolia.

“The first tasks of the new pope will be to restore normality, restore doctrinal clarity in faith and morals, restore a proper respect for the law and ensure that the first criterion for the nomination of bishops is acceptance of the apostolic tradition,” the memo reads.