Peru’s attorney general has launched 11 inquiries to identify those responsible for more than three dozen mostly civilian deaths during some of the country’s most violent social protests in years, her office said on Friday, as some of the president’s top Cabinet members announced their resignations.

The ouster of leftist former President Pedro Castillo last month triggered the unrest, which has claimed the lives of at least 41 civilians and one police officer.

The office of Attorney General Patricia Benavides announced the investigations focused on the violent clashes between demonstrators and security forces in the heavily indigenous southern regions of Puno, Cusco, Arequipa, Apurimac and Ucayali, as well as the capital Lima.

Boluarte, Castillo’s former vice president, took over after lawmakers voted her embattled predecessor out of office after he sought to dissolve Congress and rule by decree on Dec. 7.

Benavides’ office said 355 civilians and 176 police officers have been injured, with 329 citizens arrested, all linked to the anti-government street protests since Castillo’s removal.

“I understand and share your indignation, the state has a great debt with the country,” President Boluarte said in a late-night address to the nation on Friday, apologizing for the deaths in the protests and calling for peace.

She deflected taking responsibility for the deaths, saying bad actors had pushed citizens into “confrontations” and that she had requested authorities investigate.

Boluarte rejected calls to resign, instead repeating that she had requested Congress move elections up.

Edgar Stuardo, the head of an Inter-American Commission on Human Rights mission visiting Peru, called for a broad national dialogue, saying clashes between the country’s Congress and executive had undermined public confidence in the institutions.

This power struggle has resulted in six presidents and three parliaments in just five years.

“We are waiting to see what happens in the next few days,” Stuardo told reporters after three days of meetings with victims’ relatives, state authorities and civil groups. “We hope there are no more deaths.”

Many protests have played out in key southern mining regions, but on Thursday thousands marched through the streets of Lima demanding the closure of Congress and Boluarte’s resignation. 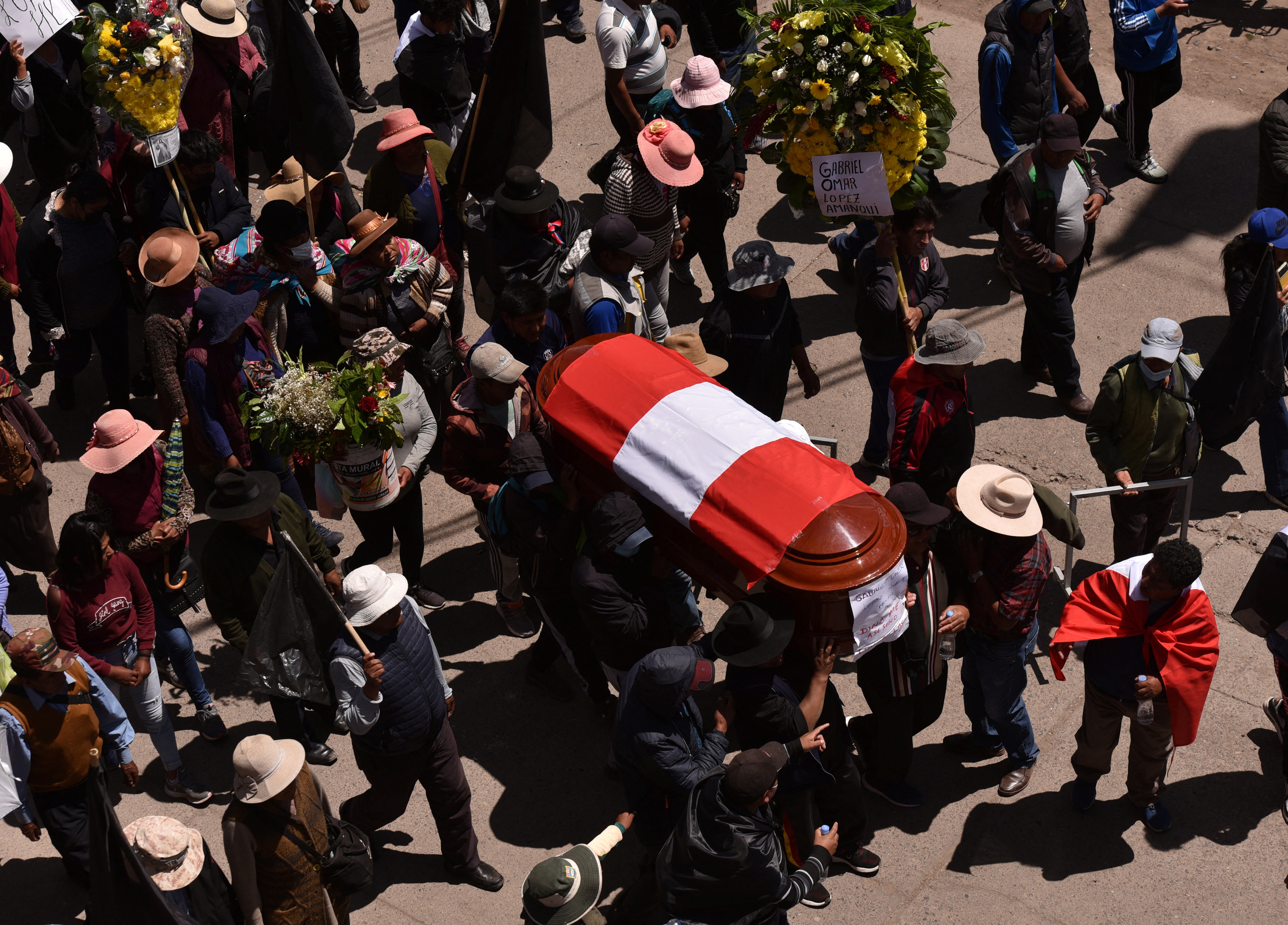 People walk while carrying the coffin of a person who died in violent clashes earlier this week, ignited by the ouster of leftist President Pedro Castillo, in Juliaca, Peru January 11, 2023. REUTERS/Pedro Anza NO RESALES. NO ARCHIVES 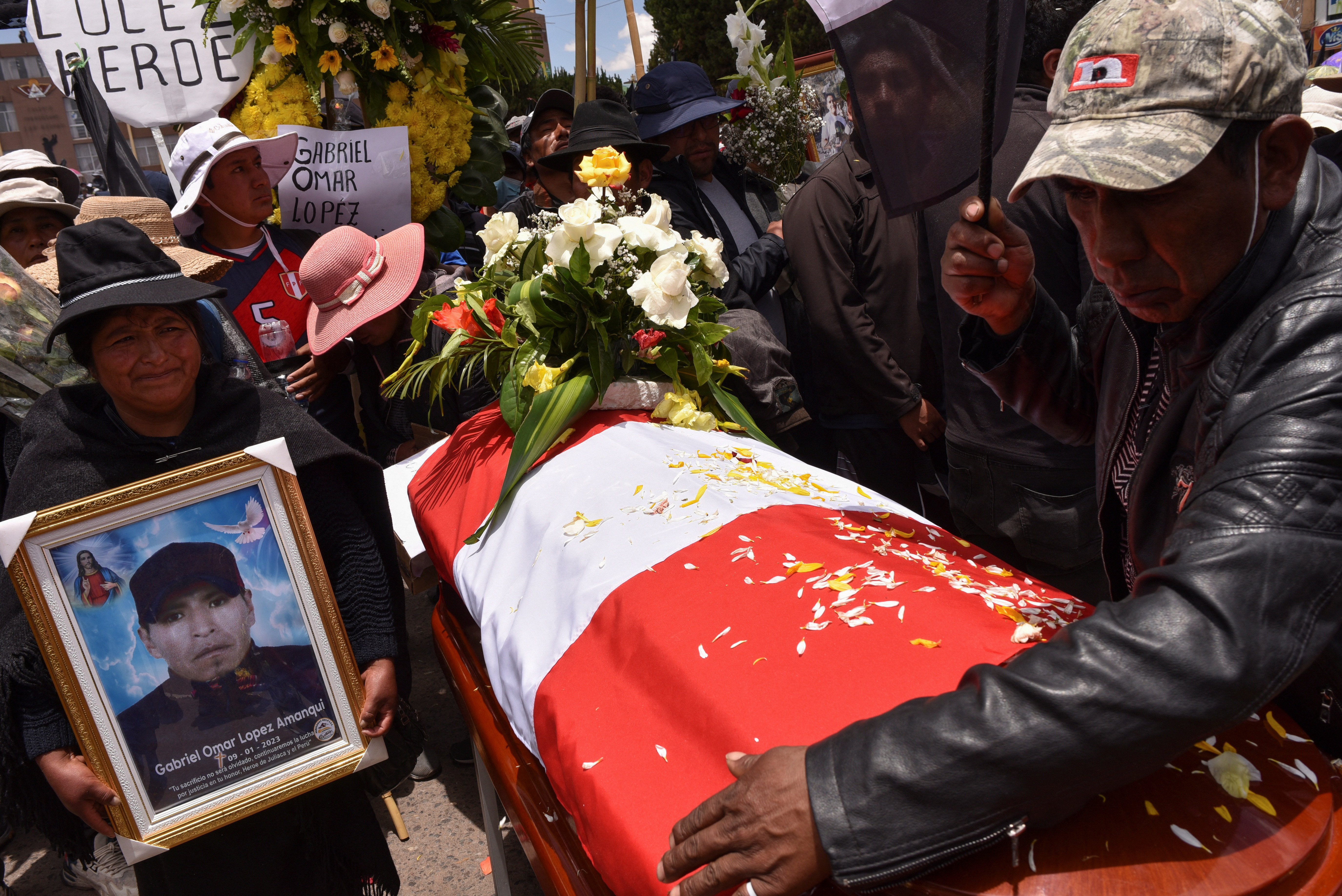 People react near the coffin of a man who died in violent clashes earlier this week, ignited by the ouster of leftist President Pedro Castillo, in Juliaca, Peru January 11, 2023. REUTERS/Pedro Anza NO RESALES. NO ARCHIVES 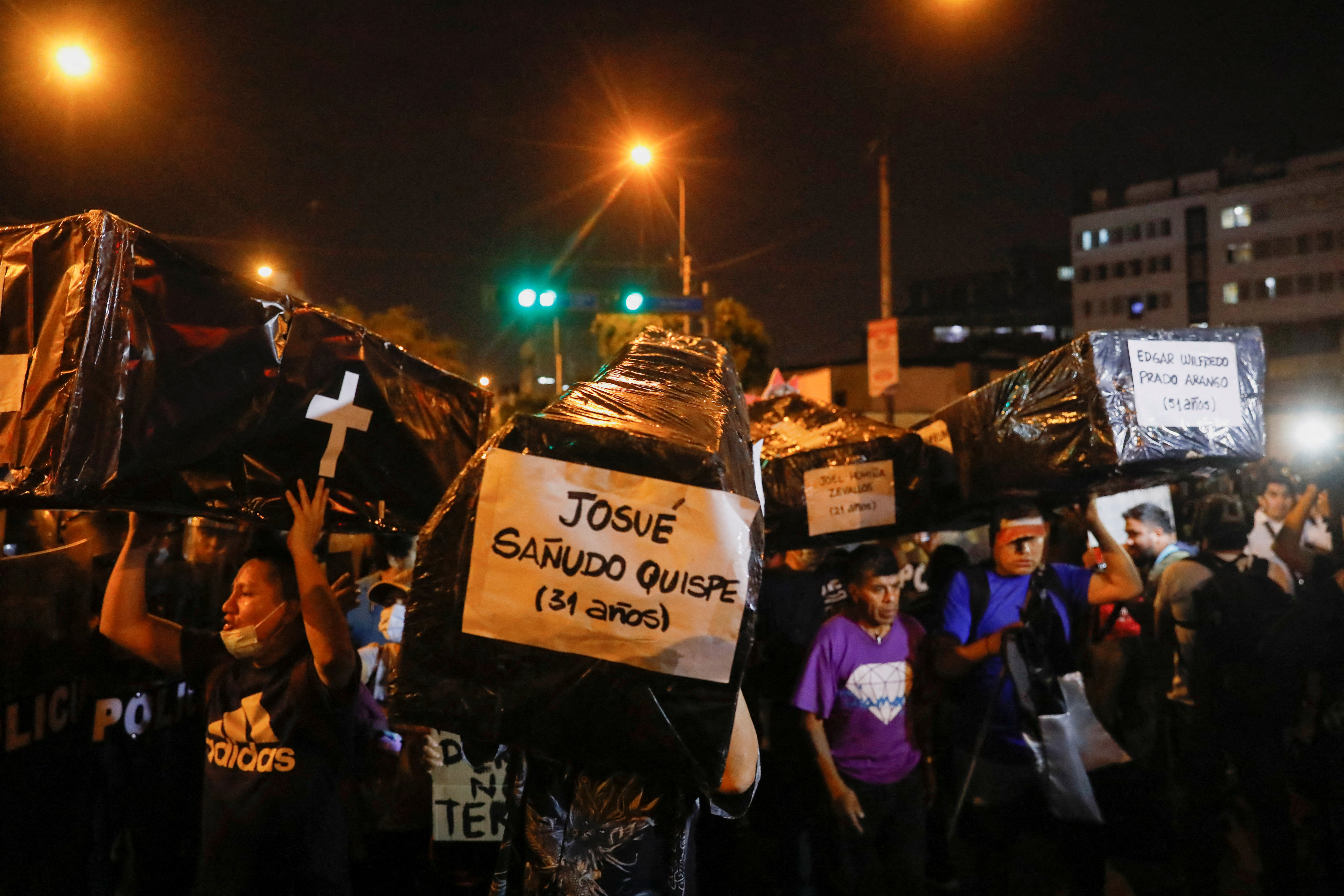