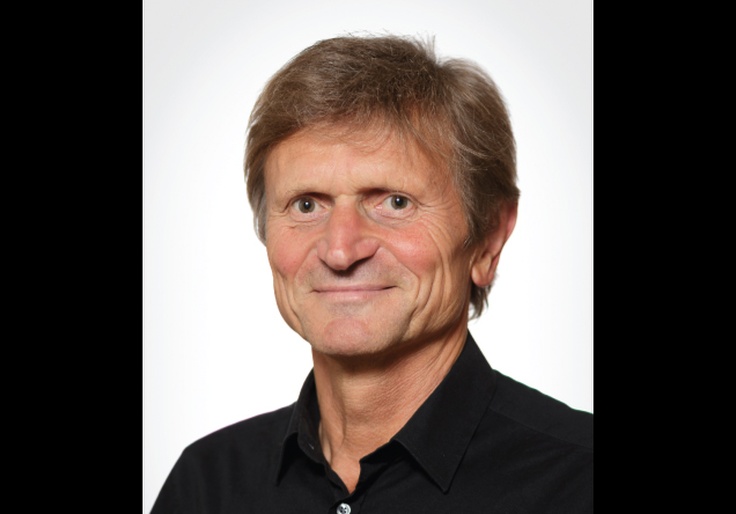 The editor in chief of one of the world’s most prestigious psychology journals, Perspectives on Psychological Science, resigned on Tuesday after the board of directors of the journal’s publisher demanded he step aside—or be fired—for soliciting academic criticism of a black psychologist.

The editor, the prominent German psychologist Klaus Fiedler, stirred up controversy by agreeing to publish trenchant critiques of a 2020 article by Steven Roberts, a black psychologist at Stanford University, who had argued, among other things, that “color-blind leadership” promotes “structural inequality.”

That led to a petition, published December 2 and signed by over 1,000 psychologists, that called for Fielder’s dismissal and, shortly thereafter, to an email from Robert Gropp, the executive director of the Association for Psychological Science (APS), which publishes the journal, arguing that Fiedler had violated the journal’s “diversity and inclusion policies,” according to an email obtained by the Washington Free Beacon. Gropp demanded that Fiedler resign or, he said, “the APS will move forward with terminating your editorship.”

Fiedler told the Free Beacon on Tuesday that he had submitted his resignation, adding that Gropp and his colleagues never asked for his version of events. 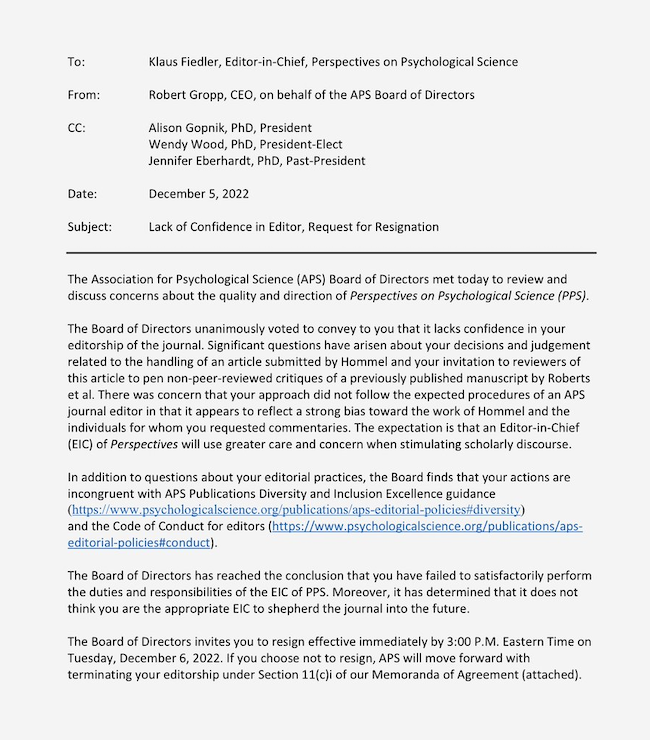 Though Roberts, the Stanford psychologist, was invited to reply to the critiques, which are forthcoming with the journal, he pulled his paper after becoming convinced that the debate was “rigged” against him, he told the Chronicle of Higher Education. He then published the paper on a preprint service, PsyArXiv, on December 2, along with his email exchanges with Fiedler, which he claimed provided evidence of his unfair treatment—and, he implied, of Fiedler’s own racism.

Fiedler told the Free Beacon that Roberts’s decision to publish private correspondence was unprofessional and unprecedented. “I never saw something like that,” he said.

In one exchange, Fiedler had suggested that Roberts remove a passage attacking one of his critics, Lee Jussim of Rutgers University, for quoting a line from Fiddler on the Roof: “There was the time he sold him a horse, but delivered a mule.” Roberts claimed that the line “parallels people of color with mules,” making it a “well-documented racist trope used to dehumanize people of color.” Jussim’s paper, which was reviewed by the Free Beacon, had used it as a metaphor for academics who promise diversity of all sorts but focus excessively on race.

“It’s completely ridiculous,” Jussim told the Free Beacon. “Nobody has heard of this trope since 1950.”

The criticisms made by Jussim and the other authors were “unsound, unscientific, ad hominem, and racist,” Roberts wrote on PsyArXiv. The preprint went viral almost immediately, with several prominent psychologists—including Linda Skitka, the former president of the Society for Personality and Social Psychology—calling on Fiedler to resign.

Then came the petition, which has more than 1,200 signatories as of this writing.

“The racism, general editorial incompetence, and abuse of power enacted against one of our colleagues (detailed here) is atrocious and completely at odds with APS’s stated commitment to diversity, equity, and inclusion,” the petition said, linking to Roberts’s PsyArXiv post. “We demand immediate, meaningful, systemic change from APS leadership that at minimum includes the resignation of the current Editor of Perspectives on Psychological Science.”

It didn’t take long for the axe to drop. The board of the Association for Psychological Science met Monday morning to discuss Fiedler’s fate, according to the letter.

“The Board of Directors unanimously voted to convey to you that it lacks confidence in your editorship of the journal,” the board told Fiedler. “The expectation is that an Editor-in-Chief (EIC) of Perspectives will use greater care and concern when stimulating scholarly discourse.”

Neither the Association for Psychological Science nor Roberts responded to a request for comment.

Fiedler is not the first editor of a scientific journal to lose his job for flouting progressive pieties. In 2019, Anne McCammon, an editor at Neurology, resigned after she published a piece that critics claimed included racist tropes. And in 2021, Howard Bauchner, the editor in chief of JAMA, was fired because he promoted a podcast in which another editor suggested that poverty—not racism—was the main obstacle facing black America.

“In some ways, there’s no news here,” Jussim said. “This is now normal in academia.”