U.S. Attorney General Merrick Garland on Thursday announced the appointment of a special counsel to investigate President Joe Biden’s handling of sensitive government documents – an inquiry that could cast a shadow over the Democrat’s expected run for re-election in 2024.

The top U.S. law enforcement official made the announcement hours after a White House lawyer on Thursday disclosed that Biden’s legal team had found a second set of classified papers from his time as vice president at a storage space at his Delaware home. The White House on Monday disclosed that classified documents from his vice presidential days were discovered in November at a think tank in Washington.

Special counsels are sometimes appointed to investigate politically sensitive cases and they carry out their responsibilities with a degree of independence from the Justice Department leadership, including Garland, who was appointed by Biden. Special counsels sometimes, but not always, pursue criminal charges.

Garland in November named a special counsel, Jack Smith, to oversee Justice Department investigations related to Donald Trump including the Republican former president’s handling of classified documents and efforts to overturn the 2020 election. Trump, defeated by Biden in 2020, in November announced a 2024 run for the presidency.

A special counsel, former FBI Director Robert Mueller, in 2019 during Trump’s presidency documented contacts between the businessman-turned-politician’s 2016 presidential campaign and Russia, but found insufficient evidence to bring a charge of criminal conspiracy. Mueller did not exonerate Trump of obstruction of justice in trying to impede the Russia investigation, but then-Attorney General William Barr, a Trump appointee, subsequently cleared him.

An independent counsel, a post similar to that of a special counsel, served during Bill Clinton’s presidency investigating the 1990s Whitewater political scandal and the Democratic president’s sexual relationship with a White House intern named Monica Lewinsky. That inquiry led to Clinton’s impeachment by the House of Representatives, though he was acquitted by the Senate.

Biden, 80, is expected to formally launch a re-election campaign in coming months. The disclosures about the documents already have caused him political worries.

The president told reporters on Thursday that he will get a chance to speak on “all of this soon,” before reading from a prepared statement that echoed the information the White House put out moments earlier.

Biden said his legal team found a small number of documents with classified markings in storage areas and file cabinets in his personal library at his Wilmington home. The library is attached to his garage, which Biden said is locked.

Richard Sauber, special counsel to the president, said in a statement on Monday that classified materials were identified in a locked closet by personal attorneys for Biden on Nov. 2 when they were packing files at the Penn Biden Center for Diplomacy and Global Engagement, a University of Pennsylvania think tank.

Officials said Biden’s attorneys discovered fewer than a dozen classified records inside the office and informed the U.S. National Archives, the agency responsible for the preservation of government records, turned over the materials and cooperated with the Archives and the Justice Department. Biden said he was “surprised to learn that there were any government records that were taken there to that office” and did not know their contents.

In Trump’s case, FBI agents carried out a court-approved search last August at his Mar-a-Lago estate in Florida. About 100 documents marked as classified were among thousands of records seized during the search. Biden in September called his predecessor’s handling of classified documents “totally irresponsible.” 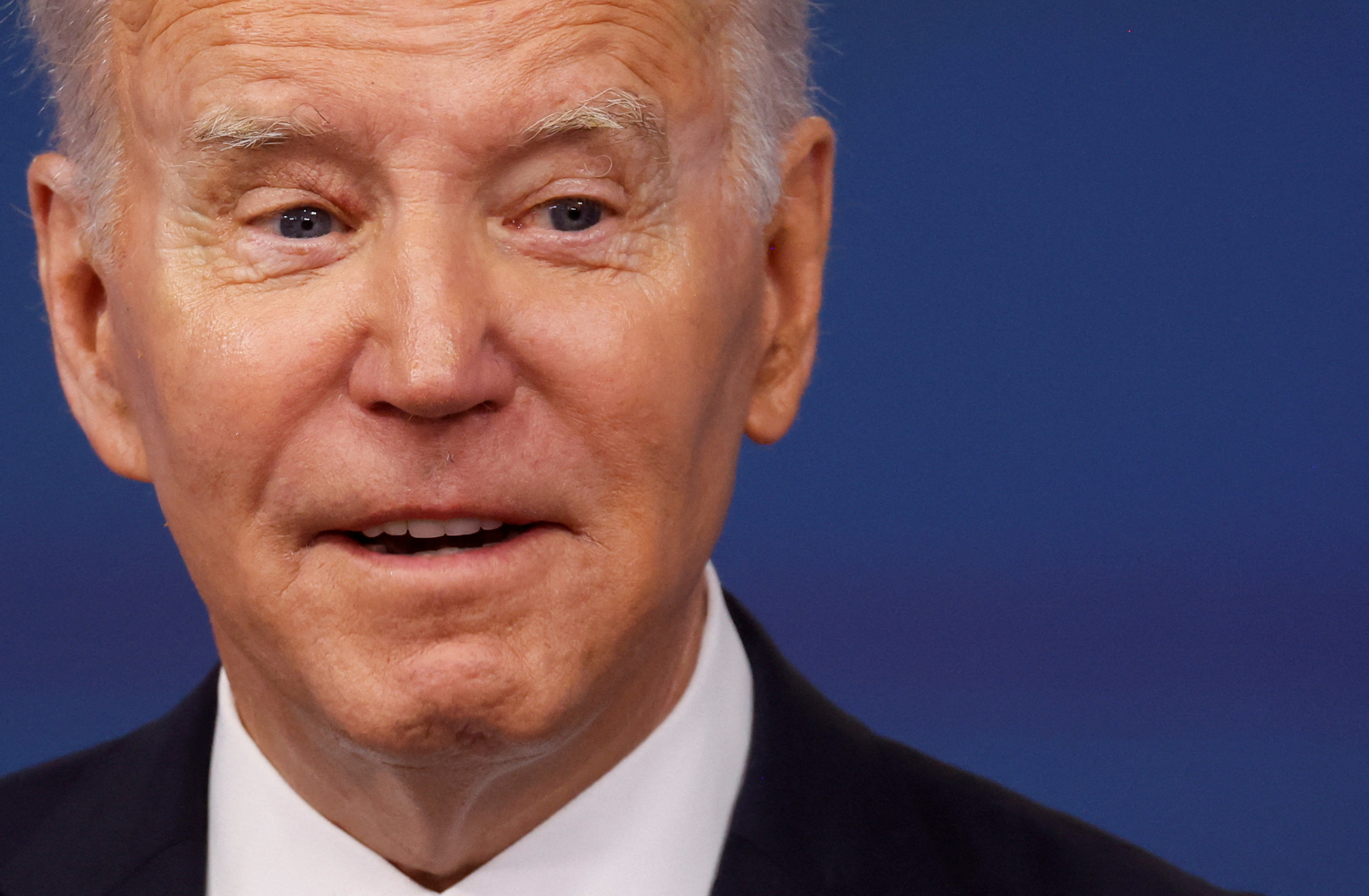 U.S. President Joe Biden delivers remarks on the economy from an auditorium on the White House campus in Washington, U.S. January 12, 2023. REUTERS/Jonathan Ernst 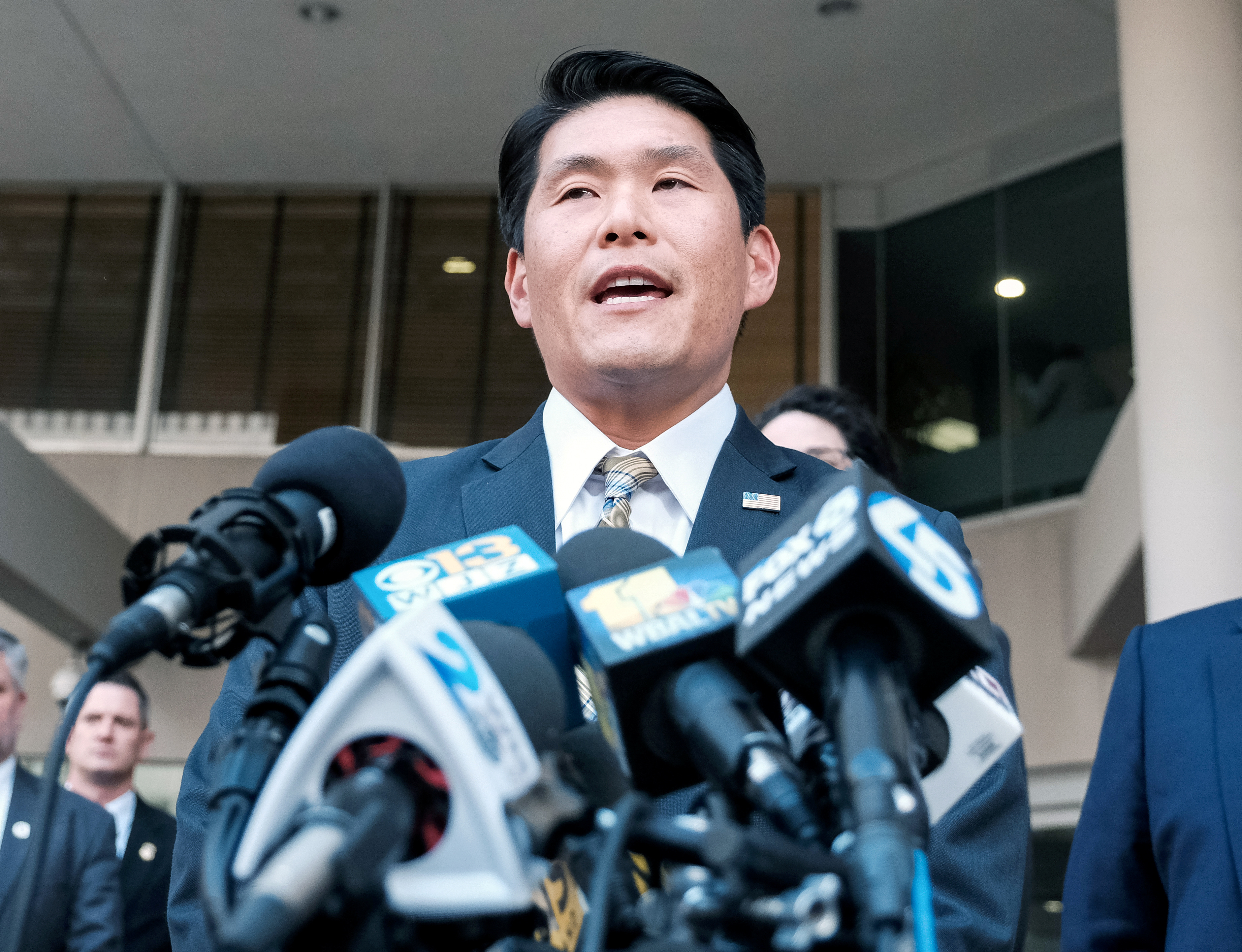 U.S. Attorney Robert Hur speaks to the media after the arraignment of former Baltimore mayor Catherine Pugh, outside of the U.S. District Court, in Baltimore, Maryland, U.S., November 21, 2019. REUTERS/Michael A. McCoy
Spread the news