Listen to this article
2023-01-13T15:02:40Z
Tesla slashed prices on its electric vehicles in the U.S. and Europe, the automaker’s website showed, extending a new strategy of aggressive discounting after missing Wall Street estimates for deliveries. Julian Satterthwaite reports. 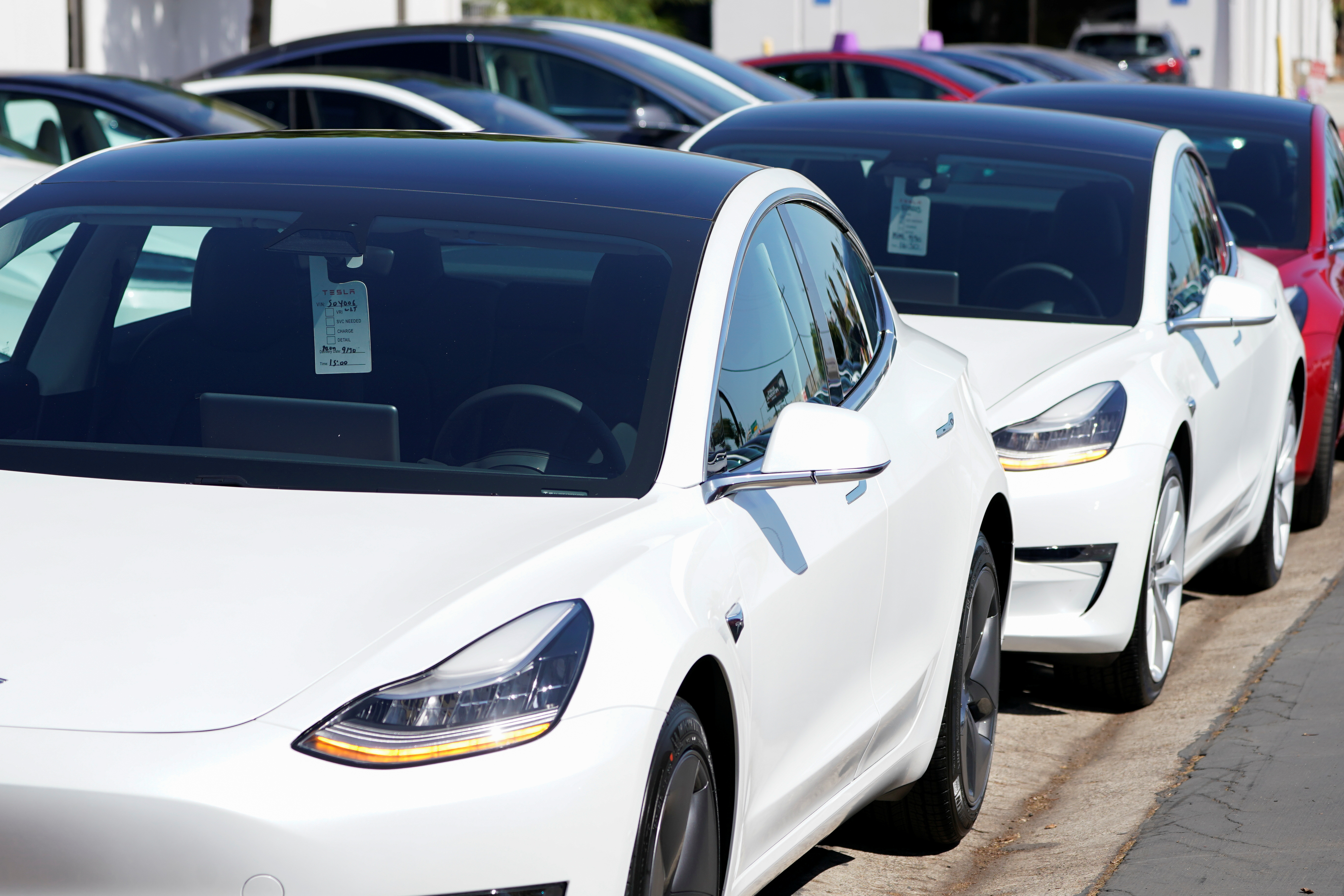 A new Tesla Model 3 is shown at a delivery center on the last day of the company’s third quarter, in San Diego, California, September 30, 2019. REUTERS/Mike Blake

Tesla (TSLA.O) has slashed prices globally on its electric vehicles by as much as 20%, extending an aggressive discounting strategy and challenging rivals after missing Wall Street delivery estimates for 2022.

The move, which prompted a 5.6% fall in Tesla’s shares, came after CEO Elon Musk warned that the prospect of recession and higher interest rates meant it could lower prices to sustain volume growth at the expense of profit.

The lower pricing across the U.S., Europe, Middle East and Africa, following a series of cuts last week in Asia, marks a reversal from the strategy the automaker had pursued through much of 2021 and 2022 when new vehicle orders exceeded supply.

A reduction in cost inflation was also a factor in reducing prices in its top European market, a spokesperson for Tesla Germany said, without specifying which costs had fallen.

That is before an up to $7,500 federal tax credit that took effect for many electric vehicles at the start of January.

It also reduced prices in Austria, Switzerland and France.

The cuts may make EV cars affordable to people who may have been previously priced out of the market.

In France, customers buying the Model 3 for 44,990 euros will now get a further reduction through a government subsidy of 5,000 euros on an EV scheme with a threshold of 47,000 euros.

For a U.S. buyer of the long-range Model Y, the new Tesla price combined with the U.S. subsidy amounts to a discount of 31%. In addition, the move broadened the vehicles in Tesla’s line-up eligible for the Biden administration tax credit.

Shares fell as investors worried the move might erode bumper margins, particularly as competition intensifies, even if it boosts sales volumes.

Wedbush analyst Dan Ives said the move could boost global deliveries by 12-15% this year and shows Musk on the offensive.

“This is a clear shot across the bow at European automakers and US stalwarts (GM and Ford) that Tesla is not going to play nice in the sandbox with an EV price war now underway,” Ives said in a research note.

“Margins will get hit on this, but we like this strategic poker move by Musk and Tesla.”

U.S. automakers General Motors and Ford fell 6.2% and 6.7%, respectively, making them the biggest losers on the S&P share index in early trading.

Tesla fans and customers complained the price cuts disadvantaged those who had recently bought a vehicle, leaving them with a lower second-hand value.

Greg Woodfill in Seattle, who bought a Model Y in December, had considered waiting until the new year to get the U.S. subsidy, but was lured by a discount at the time of $3,750.

“It’s a punch in the gut, to be honest,” he told Reuters on Friday, adding that it feels unfair Tesla sought to boost fourth quarter sales with discounts, only to cut prices a month later.

“If they knew they would drop the price this much, they should have just done it in December.”

For 2021, the United States and China combined had accounted for about 75% of Tesla sales, but it has been growing in Europe.

Tesla cut prices in China and other Asian markets last week, which analyst had said would boost demand and increase pressure on rivals, including BYD (002594.SZ), to follow suit in what could become a price war in the largest single EV market.