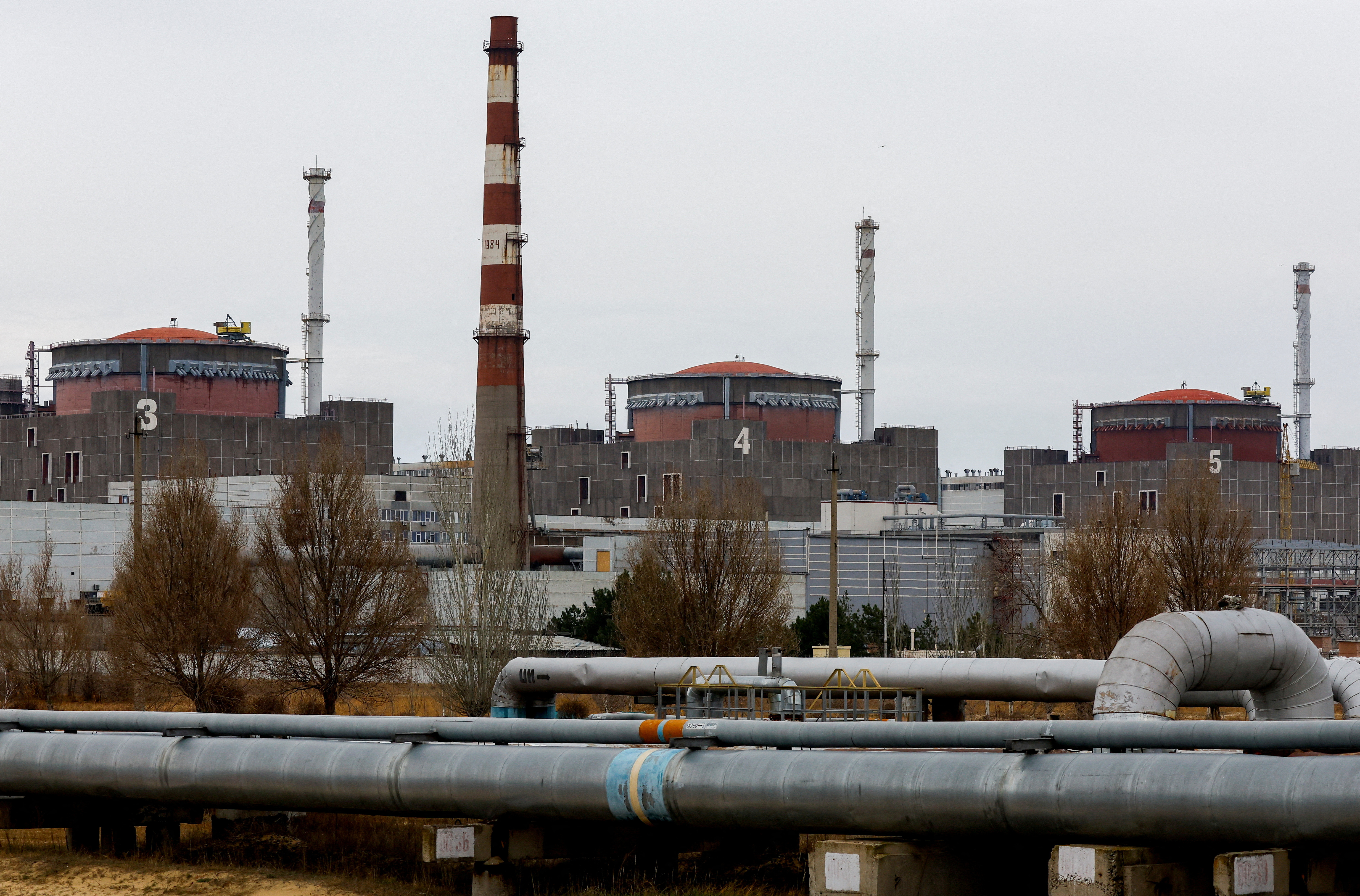 A view shows the Zaporizhzhia Nuclear Power Plant in the course of Russia-Ukraine conflict outside the city of Enerhodar in the Zaporizhzhia region, Russian-controlled Ukraine, November 24, 2022. REUTERS/Alexander Ermochenko

The head of the United Nations nuclear watchdog said on Monday he hoped to make progress on a safe zone deal around the Russian-controlled Zaporizhzhia plant in Ukraine, but stressed it was a tough negotiation.

Russian forces in March captured the Soviet-era plant, Europe’s largest, soon after their invasion of Ukraine. It has repeatedly come under fire in recent months, raising fears of a nuclear disaster.

“The situation around the plant continues to be very, very dangerous,” Rafael Grossi, director general of the International Atomic Energy Agency, told reporters during a visit to Ukraine. “A nuclear accident, an accident with serious radiological consequences, is in nobody’s interest.”

Grossi said he hoped this week to meet in Kyiv with Ukrainian President Volodymyr Zelenskiy, his prime minister, Energy Minister German Galushchenko and others.

“I am very optimistic,” he said, about the upcoming meetings, adding he would try to bring about “a smaller probability of nuclear catastrophe.”

He acknowledged that brokering a protection zone was taking longer than expected, but noted that the effort was taking place in wartime among parties with conflicting views.

Asked about how Russia would agree to a protection zone, he noted he was engaged in a difficult negotiation.

“No one wants to have this zone if it is considered … a military advantage for one side or the other, and I am trying to convince everybody this is not the case,” he said. “It’s about preventing a nuclear accident.”

Grossi was making his sixth visit to Ukraine since the February invasion to implement recently announced plans for a continuous presence of nuclear safety experts at all of Ukraine’s nuclear facilities.

He visited the South Ukraine plant near the city of Yuzhnoukrainsk, about 350 km (220 miles) south of Kyiv, and was also scheduled to visit plants at Chornobyl and Rivne, establishing a two-person team of IAEA experts at each facility.

The IAEA says it already has a permanent presence of up to four experts at Zaporizhzhia, and a two-member team is also expected at the Khmelnitsky plant.

Grossi, who previously said he hoped to broker a deal before the end of 2022, said last week that talks with Kyiv and Moscow had become more complicated because they involved not just diplomats, but also military officers.

Moscow and Kyiv have accused each other of shelling the Zaporizhzhia facility.