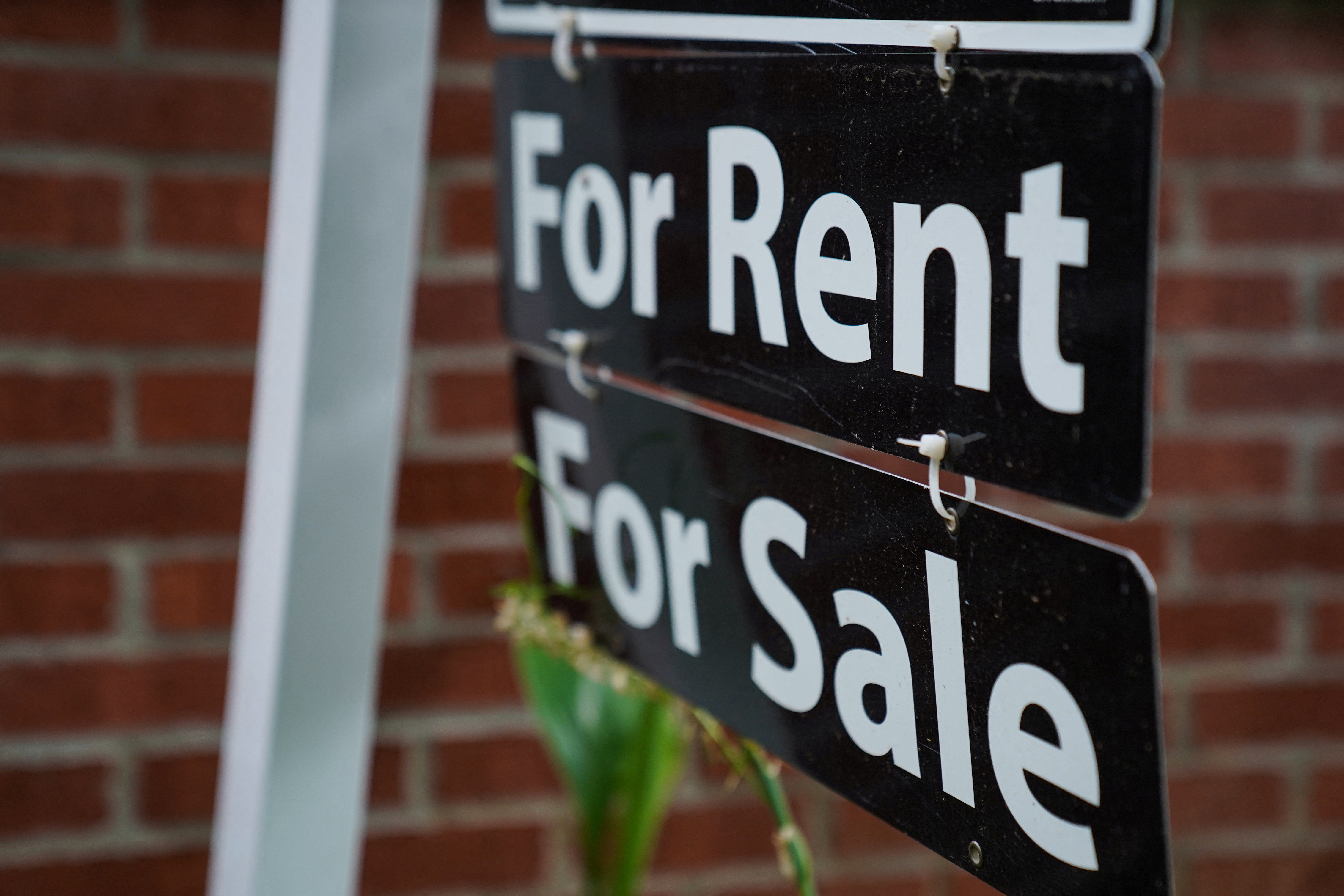 U.S. existing home sales plunged to a 12-year low in December, but declining mortgage rates raised cautious hope that the embattled housing market could be close to finding a floor.

The report from the National Association of Realtors on Friday also showed the median house price increasing at the slowest pace since early in the COVID-19 pandemic as sellers in some parts of the country resorted to offering discounts.

The Federal Reserve’s fastest interest rate-hiking cycle since the 1980s has pushed housing into recession.

Existing home sales, which are counted when a contract is closed, fell 1.5% to a seasonally adjusted annual rate of 4.02 million units last month, the lowest level since November 2010. That marked the 11th straight monthly decline in sales, the longest such stretch since 1999.

Sales dropped in the Northeast, South and Midwest. They were unchanged in the West. Economists polled by Reuters had forecast home sales falling to a rate of 3.96 million units.

The continued slump in sales, which meant less in broker commissions, was the latest indication that residential investment probably contracted in the fourth quarter, the seventh straight quarterly decline.

This would be the longest such stretch since the collapse of the housing bubble triggered the Great Recession.

While a survey from the National Association of Home Builders this week showed confidence among single-family homebuilders improving in January, morale remained depressed.

Single-family homebuilding rebounded in December, but permits for future construction dropped to more than a 2-1/2- year low, and outside the pandemic plunge, they were the lowest since February 2016.

The worst of the housing market rout is, however, probably behind. The 30-year fixed mortgage rate retreated to an average 6.15% this week, the lowest level since mid-September, according to data from mortgage finance agency Freddie Mac.

The rate was down from 6.33% in the prior week and has declined from an average of 7.08% early in the fourth quarter, which was the highest since 2002. It, however, remains well above the 3.56% average during the same period last year.

The median existing house price increased 2.3% from a year earlier to $366,900 in December. It was still the highest median house price for any December. Nevertheless, the smallest price gain since May 2020, together with the pullback in mortgage rates, could help to improve affordability down the road, though much would depend on supply.

“As demand cools and households settle, the available supply of homes for sale will likely shrink for the first part of this year,” said Jeffrey Roach, chief economist at LPL Financial in Charlotte, North Carolina. “If supply of available homes for sale falls from here, we should expect median prices to stay elevated, especially hurting first-time buyers.”

In December, there were 970,000 previously owned homes on the market, down 13.4% from November but up 10.2% from a year ago. At December’s sales pace, it would take 2.9 months to exhaust the current inventory of existing homes, up from 1.7 months a year ago. That is considerably lower than the 9.6 months of inventory at the onset of the 2007-2009 recession.

The absence of a huge inventory overhang means the housing market is unlikely to experience the dramatic collapse witnessed during the Great Recession.

A four-to-seven-month supply is viewed as a healthy balance between supply and demand. Properties typically remained on the market for 26 days last month, up from 24 days in November. Fifty-seven percent of homes sold in December were on the market for less than a month.

First-time buyers accounted for 31% of sales, up from 30% a year ago. All-cash sales made up 28% of transactions compared to 23% a year ago. Distressed sales, foreclosures and short sales were only 1% of sales in December.