The United States will increase the rotational presence of air, land and sea forces in Australia, including bomber aircraft and fighter jets, U.S. Defense Secretary Lloyd Austin said on Tuesday, amid shared concerns about China.

Speaking after annual AUSMIN talks between the allies, Austin said the two countries also agreed to “invite Japan to integrate into our force posture initiatives in Australia.”

Austin did not detail when there would be an increase in the rotations, or how many troops, ships and aircraft they would involve, and it was unclear how the announcement differed from a similar statement more than a year ago.

“The United States and Australia share a vision of a region where countries can determine their own futures,” he told a joint news conference with his Australian counterpart that included the nations’ foreign ministers.

“Unfortunately, that vision is being challenged today. China’s dangerous and coercive actions throughout the Indo- Pacific, including around Taiwan, and toward the Pacific Island countries and in the East and South China Seas, threaten regional peace and stability,” he said.

Washington sees Canberra as a vital partner in its efforts to push back against China in the Indo-Pacific and analysts say Australia could have a crucial logistical role to play in the defense of Taiwan against any move by Beijing to reclaim the strategic, self-administered island.

The United States is planning to deploy up to six nuclear-capable B-52 bombers to an air base in northern Australia, a source familiar with the matter told Reuters in October.

Just before last year’s AUSMIN talks, the United States, Britain and Australia created a security deal, known as AUKUS, that will provide Australia with the technology to deploy nuclear-powered submarines.

The two sides said they had further discussions on that issue and Britain’s defence minister, Ben Wallace, will attend a first in-person meeting of AUKUS ministers on Wednesday in Washington.

The meetings come at a critical time for the partners, which are due to decide in March whether the submarine will be British or American, and set a road map for an Australian fleet.

Australia Defense Minister Richard Marles said Tuesday’s agreements would “see an increased level of activity between our two countries across all domains” and they were also looking at increased force-posture cooperation to enhance the capacity of facilities in Australia.

Marles said he and Foreign Minister Penny Wong would hold similar 2+2 talks with Japan in Tokyo later in the week “with an invitation for Japan to be participating in more exercises with Australia and the United States.”

He also said the United States and Australia had taken steps on Tuesday “to create a more seamless defense industrial base” and that they needed to work together more closely “to enhance our military capability and to develop new technologies.”

The White House coordinator for the region, Kurt Campbell, said earlier this year that “moving forward, everything we do of consequence in the Indo-Pacific, we will do with Australia.”

China is Australia’s largest trading partner and the top market for exported iron ore, but Canberra has grown increasingly concerned about Beijing’s military ambitions in the Indo-Pacific region, particulary after it struck a security pact with Australia’s neighboring Solomon Islands this year.

A meeting between Australian Prime Minister Anthony Albanese and Chinese President Xi Jinping last month at the G20 was a step towards normalizing ties but Australian diplomats said it would not bring a shift in Canberra’s defense policy. 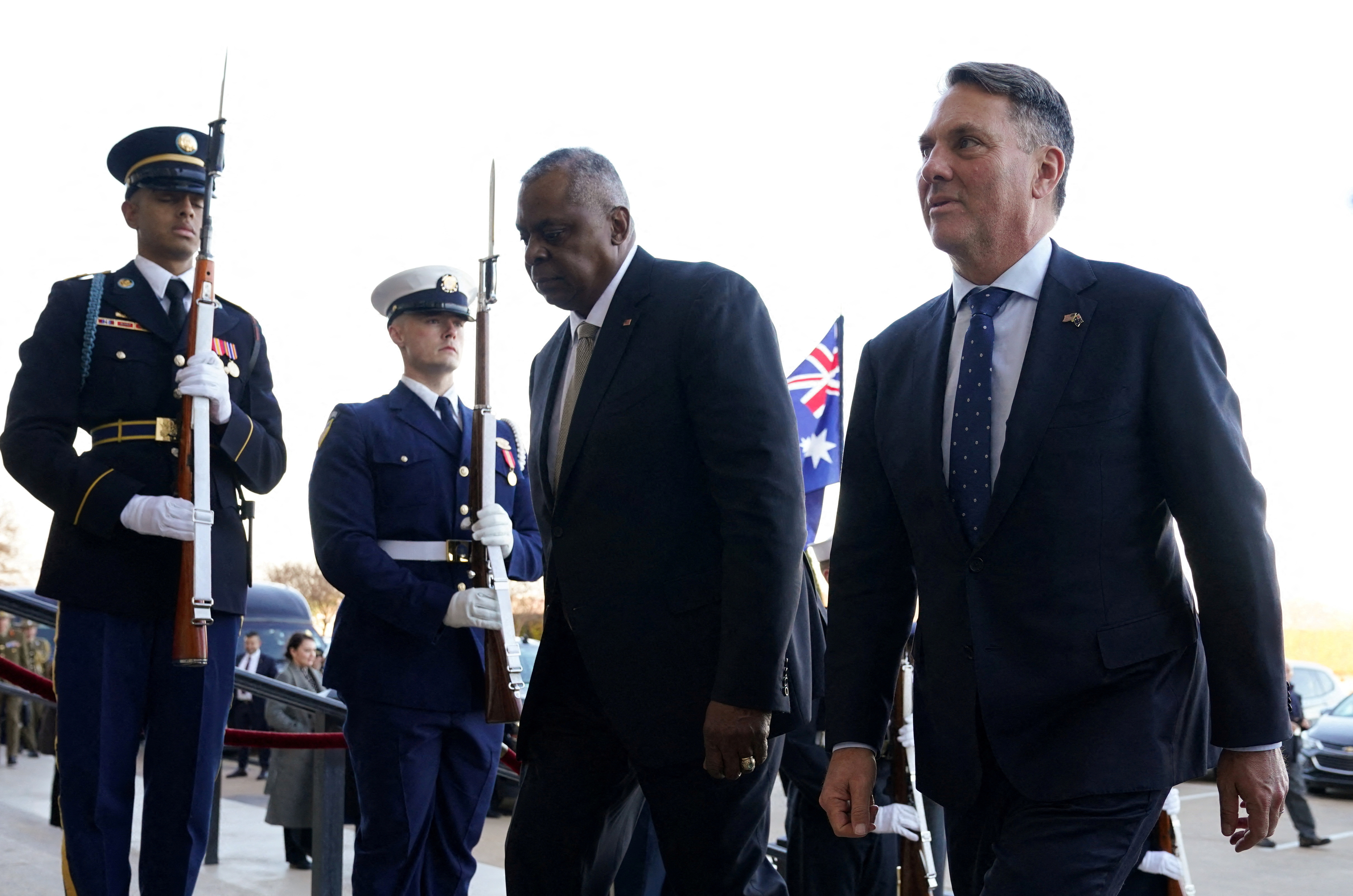 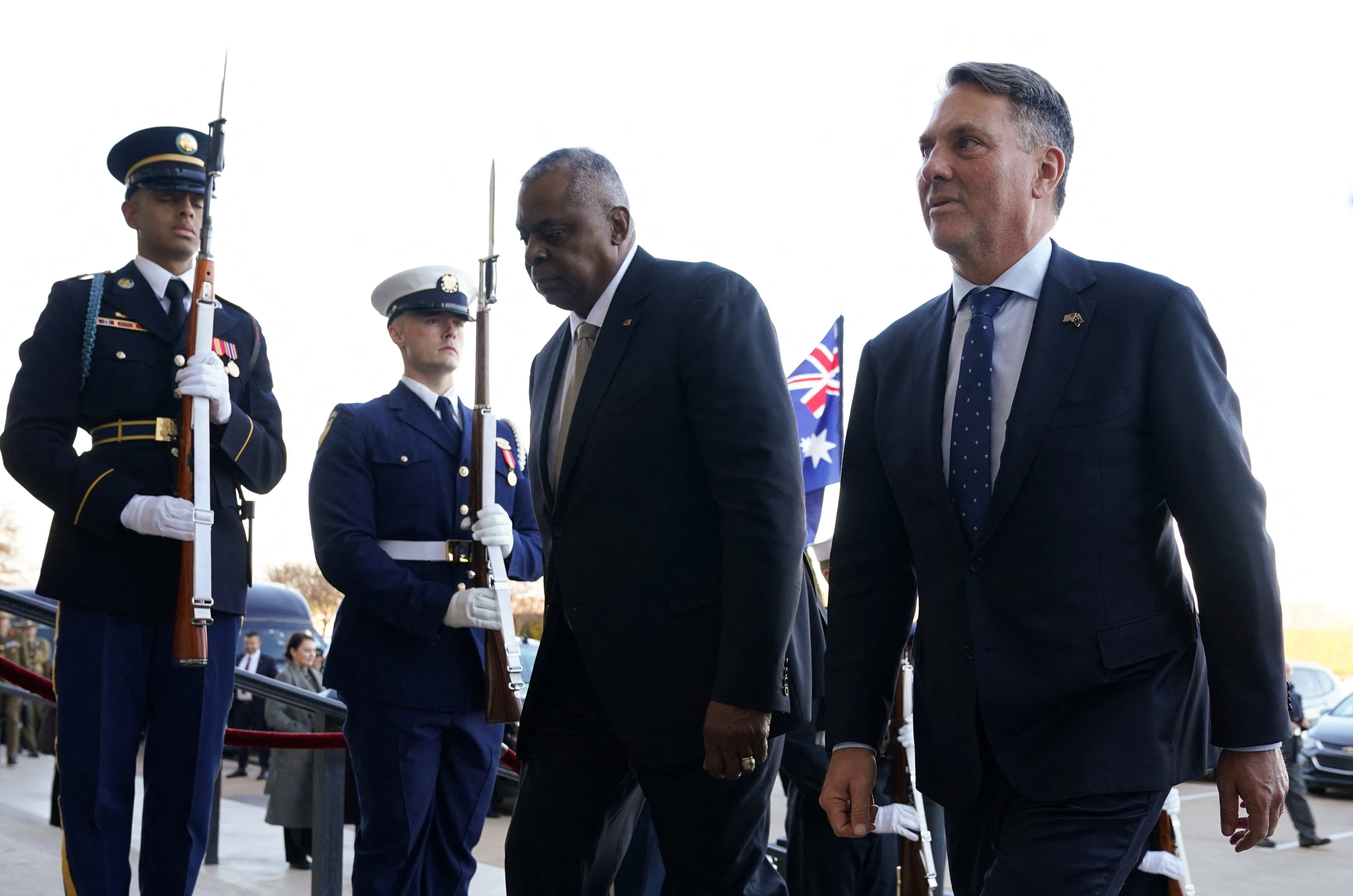 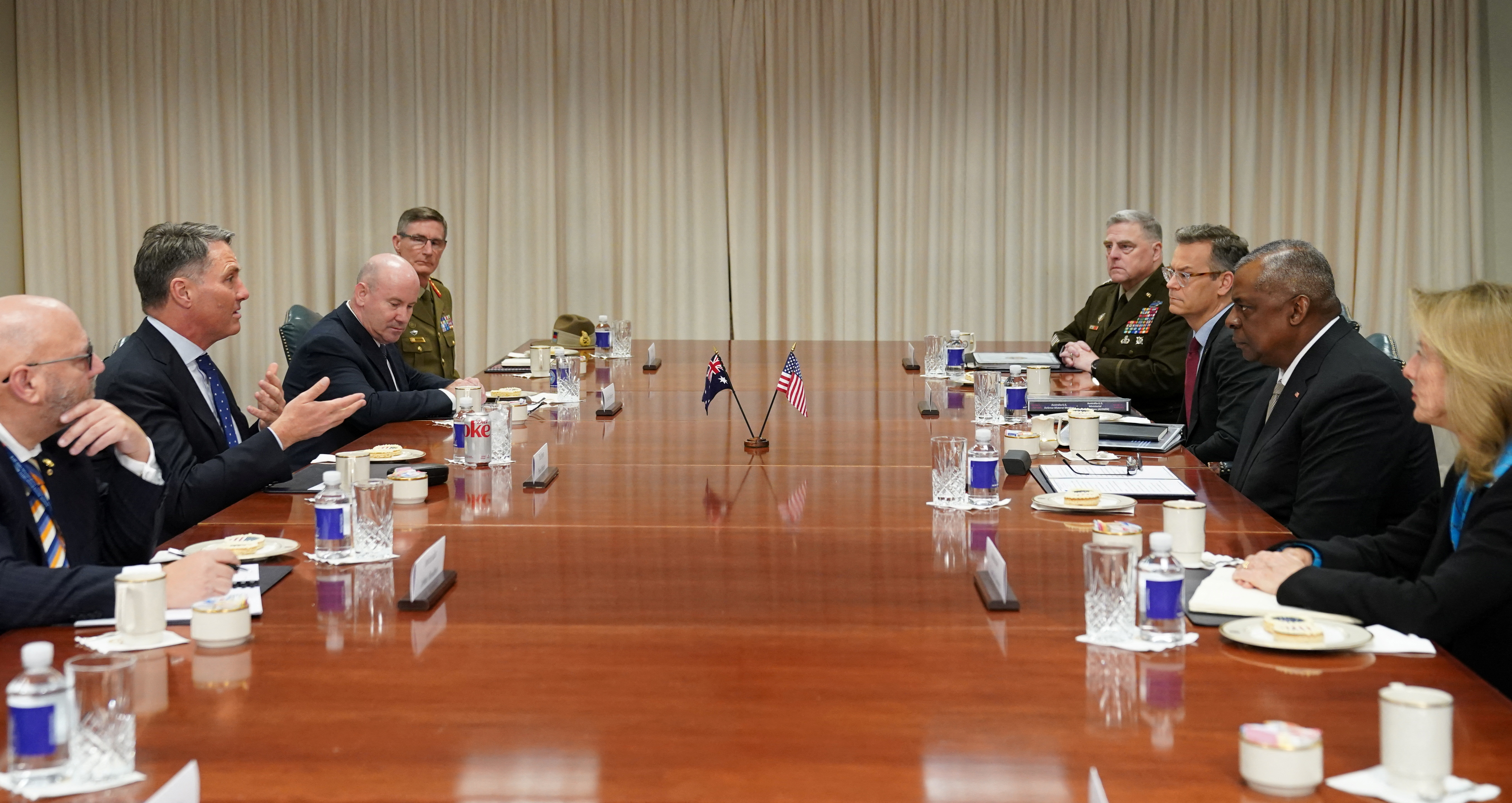