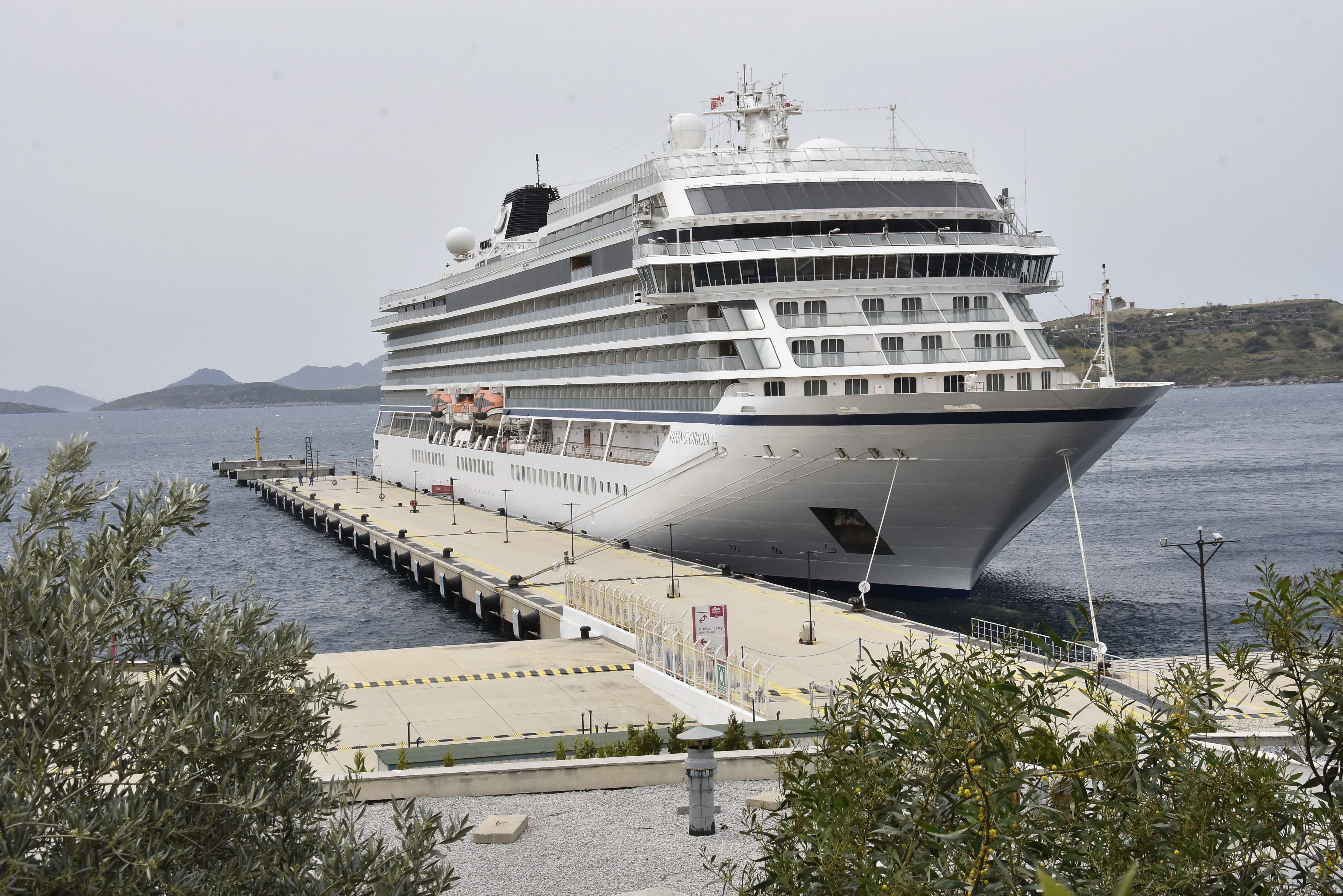 “Viking Orion” cruise ship under the flag of Norway is seen anchored at Bodrum Cruise Port in Bodrum district of Mugla, Turkey on April 18, 2021.

Thousands of Ukrainians who fled the war after Russia invaded found themselves in an unusual living situation the past six months, settling into life on the water aboard two cruise ships docked in Scotland.

“It was very exciting during the first few weeks,” Andriy, who left Ukraine with his wife, Natasha, their children, and a few possessions, told BBC Scotland. “I have three kids and we have two small cabins.”

Andriy and his family are among the nearly 1,200 Ukrainians who have called the cruise ship MS Ambition home since September. Russia’s invasion of Ukraine in February led to a humanitarian crisis, with millions of Ukrainians displaced and seeking shelter far away from the fighting.

The Scottish government contracted two cruise ships to serve as temporary shelters for Ukrainians fleeing the war, with the MS Ambition in Glasgow and a second ship docked in Edinburgh. That ship, the MS Victoria, has housed another 1,200 or so Ukrainians.

“We have a job center on the ship, the Scottish government and city council advise us how to integrate here,” Andriy told the BBC, adding that the conditions on the ship were “good” and that his family was “grateful” for the place to stay.

“We also have English courses and on the ship we made our own community. There are people who like to sing together, it was like a small social experiment, a small community of Ukrainians,” he added. “But on a ship, you are quite isolated from society.”

The Scottish government’s contract with the MS Ambition is set to end on March 31. Authorities have said they are working with local officials in Glasgow to find more permanent housing for families like Andriy’s who have called the ship home.

“Our focus now is to secure sustainable longer-term accommodation for the Ukrainians to ensure they have the support they need to build a home in Scotland for as long as they need it,” Neil Gray, Scotland’s minister for Ukraine refugees, said this week.

The Scottish Refugee Council, an independent charity, said it has been assisting the refugees by holding information sessions on the ship every week and is ramping up to help them seek new housing. Those efforts include connecting refugees with local volunteers who are willing to host them.

Andriy told the BBC his family was “grateful for the people of Scotland” and would like to return home to Ukraine once the fighting stops. He said he has been looking for work and wants to be able to pay for his family’s housing.

“There is uncertainty over what will happen next but Ukrainians are used to uncertainty and we will get through it somehow,” he said.

The Scottish government extended the contract for the MS Victoria until June, a decision that was met with some criticism.

Have a news tip? Contact this reporter at kvlamis@insider.com.

Home » Audio Sources - Full Text Articles » Over 2,000 Ukrainians have spent the past 5 months living on cruise ships off the coast of Scotland: ‘It was like a small social experiment’
a