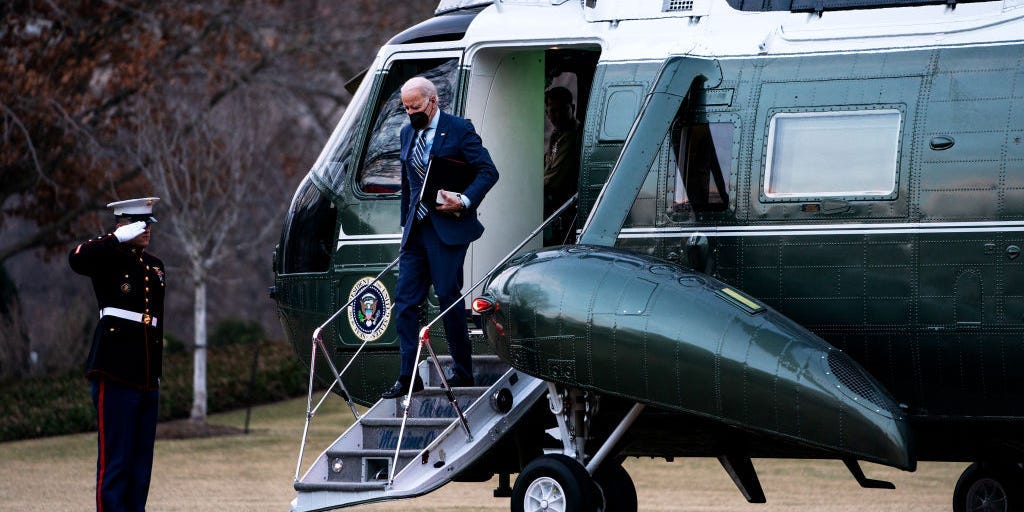 President Joe Biden exits Marine One during his arrival on the South Lawn of the White House on Wednesday January 11, 2023.

The first batch were discovered in an office in Biden’s Washington-based think tank, and the location of the second has not been disclosed.

Both sets were said to be in his possession before he was elected president, and did not have the sweeping power over state secrets he now wields.

Supporters of former President Donald Trump say Biden is getting more lenient treatment than Trump, whose Mar-a-Lago home was searched by FBI agents in search of classified documents he kept after leaving office.

Trump has seized on the news about Biden, calling on the FBI to do the same to Biden’s homes. Congressional allies including South Carolina Sen. Lindsay Graham called on the Justice Department to appoint a special counsel to handle the case, as exists with the Trump documents.

“When’s the raid?? They’ve had months to track this stuff down. Where is the special counsel? Where’s the wall to wall media coverage asking why Biden and Garland have not already been forced to recuse themselves???” tweeted Trump’s son, Donald Trump Jr.

Trump allies have long accused the FBI and “deep state” federal government officials of harboring an anti-Trump animus, and are using the discovery of the documents in Biden’s office to fuel that narrative.

But experts are pointing to key differences in the cases.

In Trump’s case, the National Archives and the Department of Justice worked out that documents were missing, and spent months attempting to retrieve them from Trump.

They offered Trump and his lawyers numerous opportunities to return them, as recounted in legal filings afterwards.

Bradley P. Moss, a national security attorney, told Insider that the FBI prefers to seek cooperation rather than starting with a search warrant.

“In theory, they could obtain one by the mere evidence of probable cause to believe the records are located there in unauthorized locations. They generally will not do so in a situation like this when there is proper cooperation from the holder of the documents,” he said.

In June 2022 lawyers for Trump handed some records over. Trump’s aides said they had searched the premises and were sure that was everything. But it turned out there were more records.

It was only after receiving intelligence that some records were still there that the FBI was able to get approval for a warrant to launch the August search where they discovered another large trove of government records, including some at the highest levels of classification.

With Biden, the situation is reversed. The National Archives did not know records were missing until the White House told its agents, who in turn heard it from lawyers in Biden’s office who found the documents.

Unlike in Trump’s case, there is no evidence that Biden or those around him resisted returning them.

“They did not leap to a search warrant with Mr. Trump either,” said Moss. “They spent months negotiating with his team after the discovery of the first batch, they started with a subpoena, they secured more documents, and eventually only sought out a search warrant when they developed evidence of obstruction, false statements and potential concealment of the records.”

In order to justify a search, the FBI would have to convince a judge it was necessary. According to legal analysts, that would usually require the reasonable suspicion that a deliberate crime had been committed.

That evidence is lacking in Biden’s case, Neama Rahmani, an attorney and former federal prosecutor told Insider. But the situation does open up a possible defense for Trump.

“Republicans will argue that Biden’s case shows how easily one can mishandle classified information and that any prosecution of Trump would be for political reasons instead of legal ones,” he told Insider.